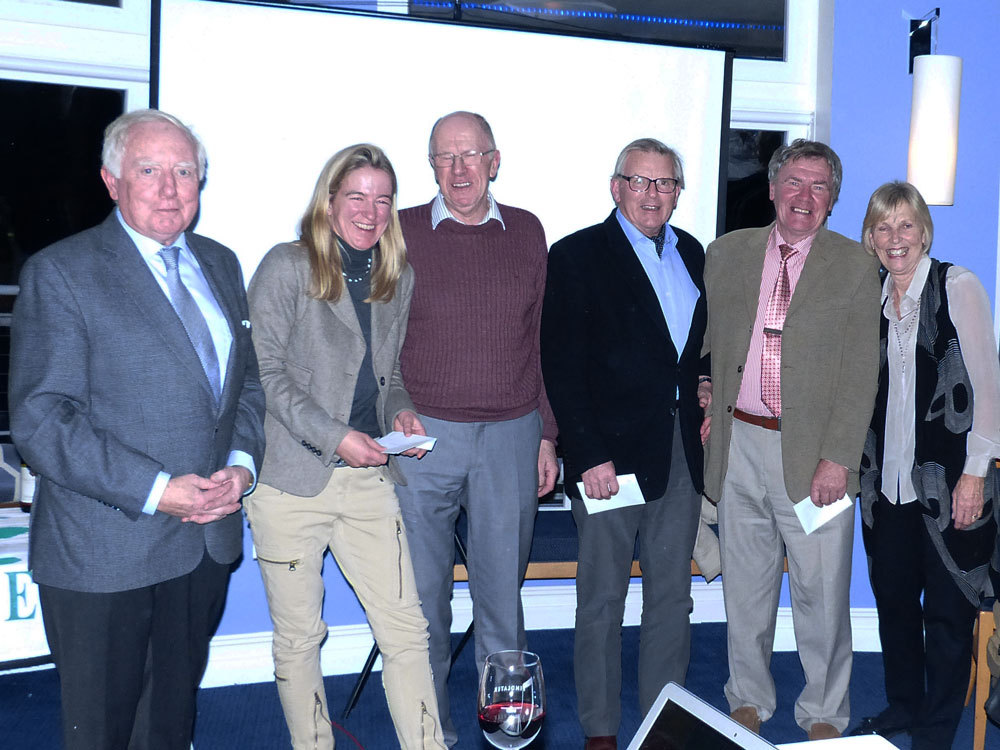 A special 9-hole outing was held at Howth Golf Club on Thursday 24th November in beautiful weather, followed by a sailing supper at Howth Golf Club.  Mirja and Jochen Wenski set up a computer and screen to display 12 teams of four. The teams were then selected by random. It was great fun. See above photo of the Winning Team with Vincent and Liz Wallace - Mirja Wenski, Dudley Hudson, Roddy Cooper and Donagh McHenry. Also below see Photo of Captain Vincent Wallace presenting Conor Murphy with a bottle of wine for coming up with "The Idea of the Year". 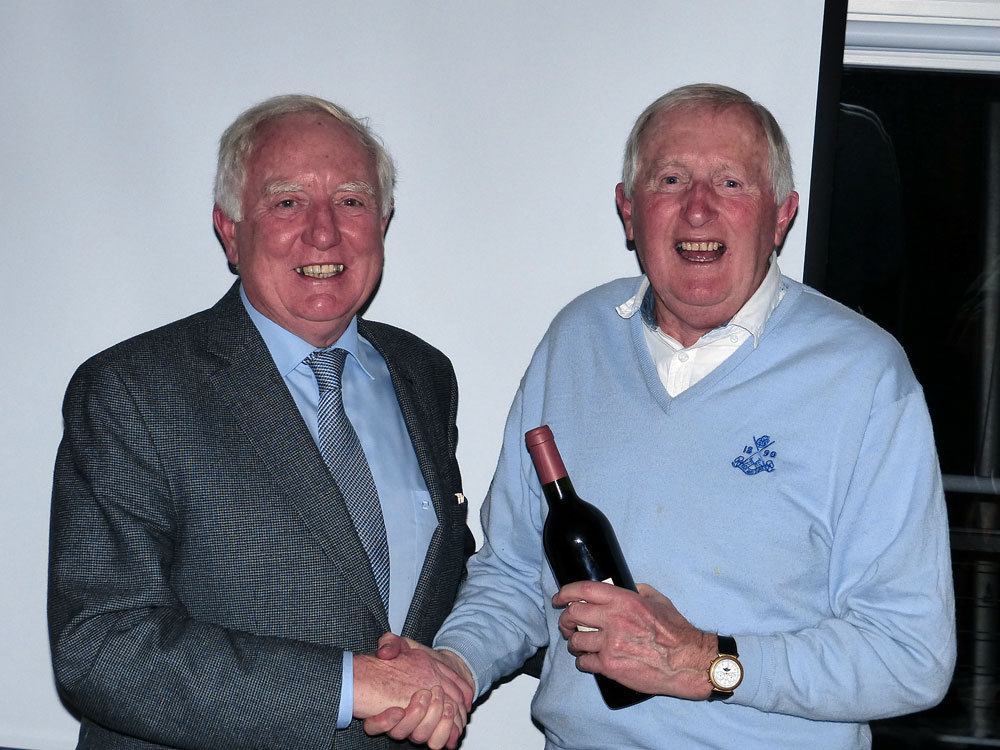 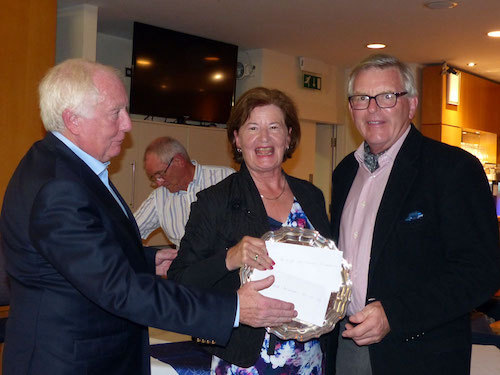 The final 18 hole outing of the Ireland’s Eye Golfing Society 2016 season was held at Sutton Golf Club on 7th October, where it has been held for every year since the foundation of the Society in 1992. There was a great turnout with 41 players. The winner, on a beautifully warm but testing windy golfing day, was Roddy Cooper, who only just managed to defeat our Commodore Berchmans Gannon by a point. The singles matchplay championship was won by Paddy Judge, who defeated Joe Cull in the final. The mixed foursomes matchplay championship was won by Bernardine Jennings and Roddy Cooper (photo above), who defeated Jackie Reville and Damian Jennings in the final.  The Golfer of the Year Commodore’s Cup was won by Billy Quinn, the Bob Fannin Trophy was won by Roddy Cooper, the Horn Trophy was won by our President Bryan Lynch, and the Golfer of the Year Putter Trophy was won by Joe Cull. An excellent dinner rounded off the day. 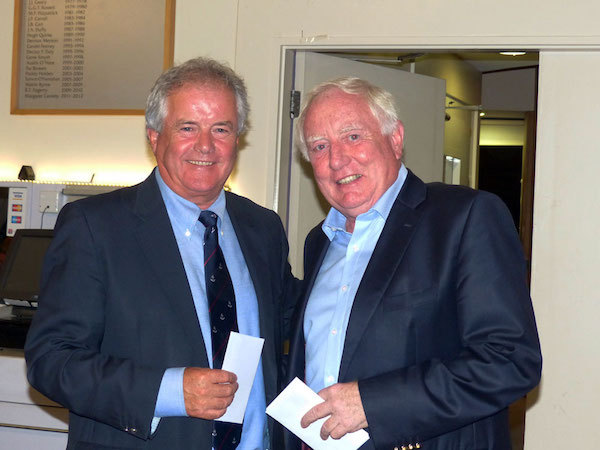 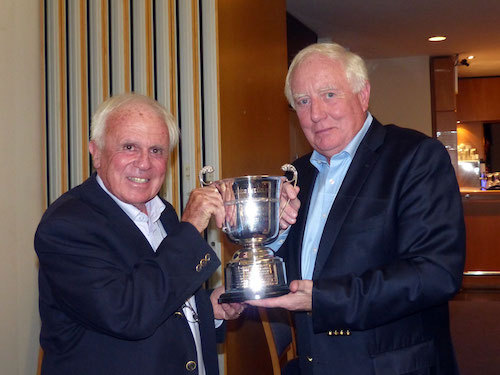 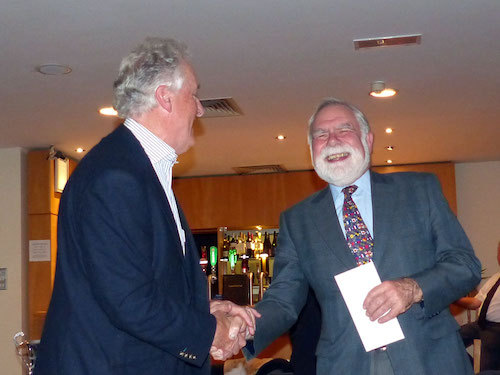 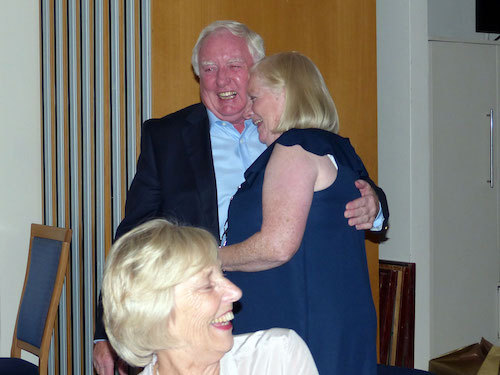 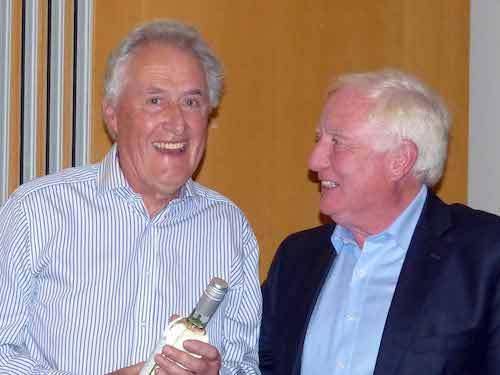 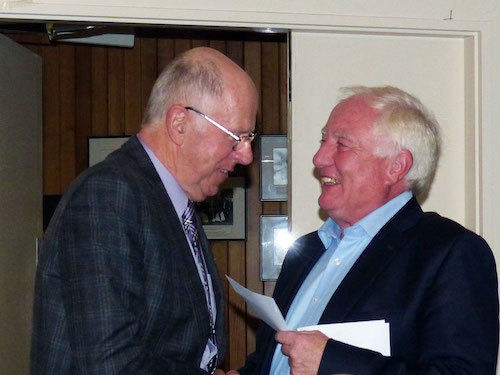 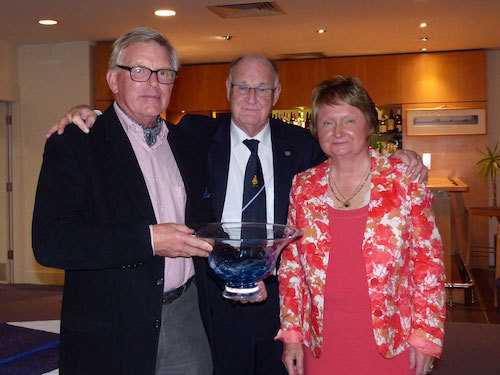 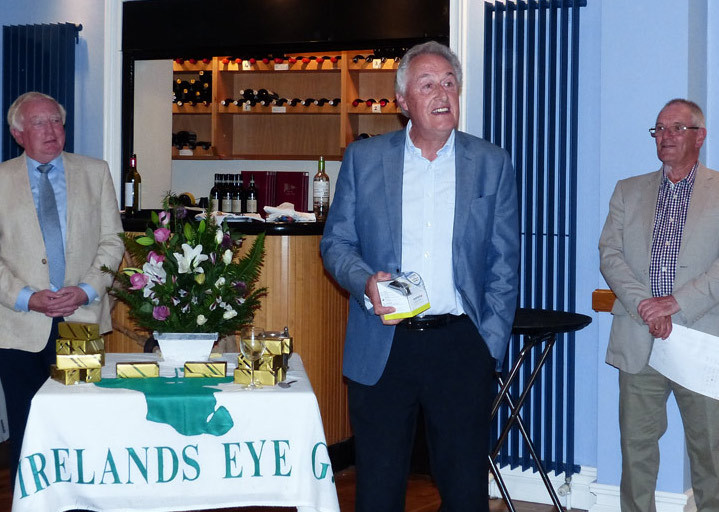 Because of very high winds the competition was reduced from 18 to 12 holes. The winner was Conor Holmes and our Commodore Berchmans Gannon won the Visitor's Prize. The prizes were presented after a wine reception and dinner in the Yacht Club. 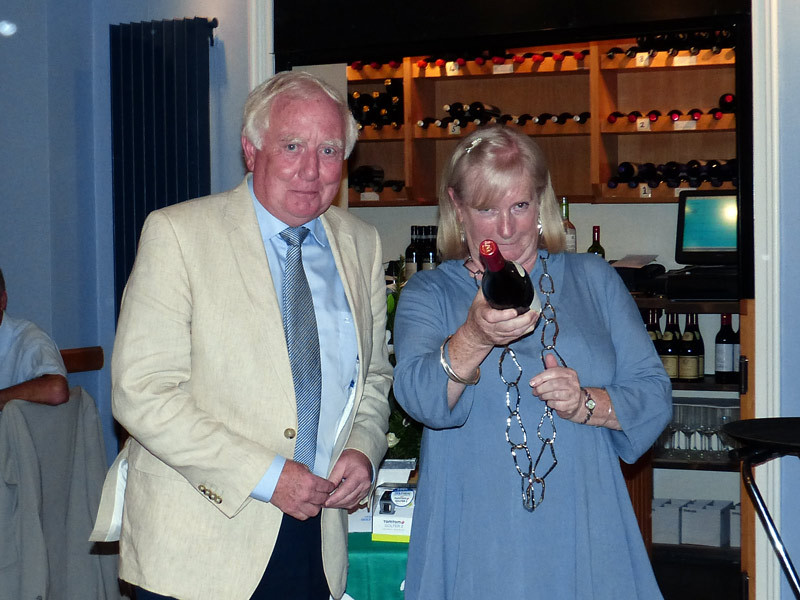 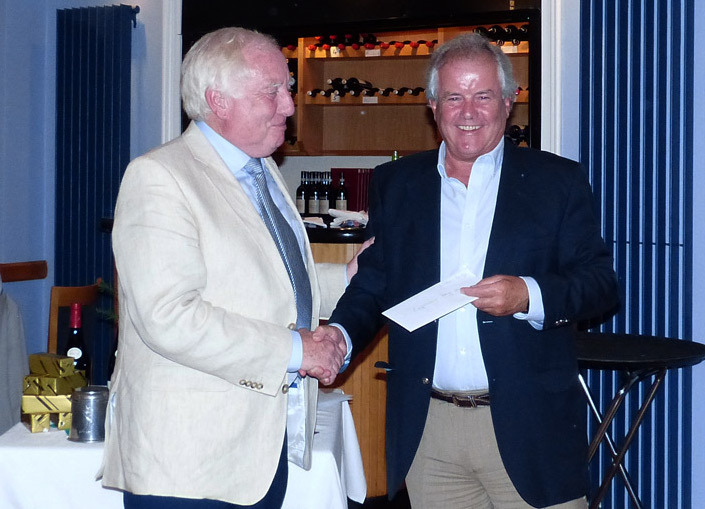 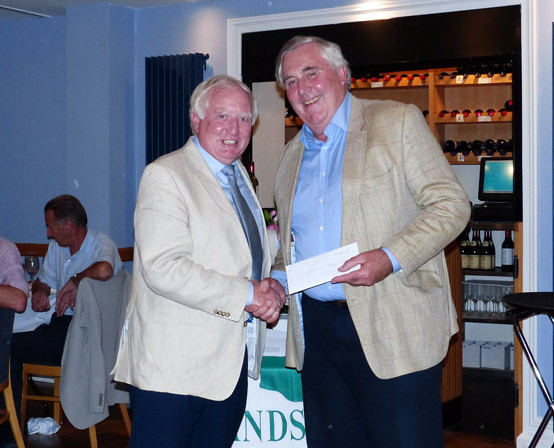 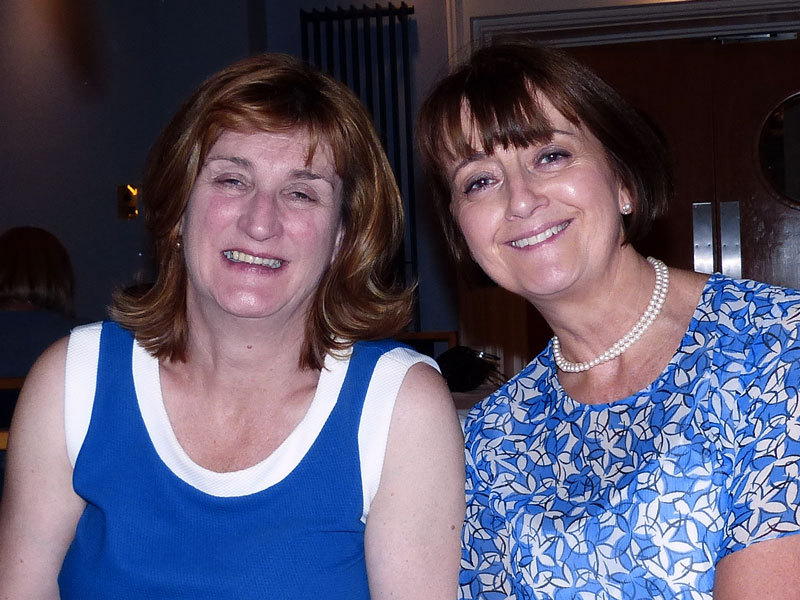 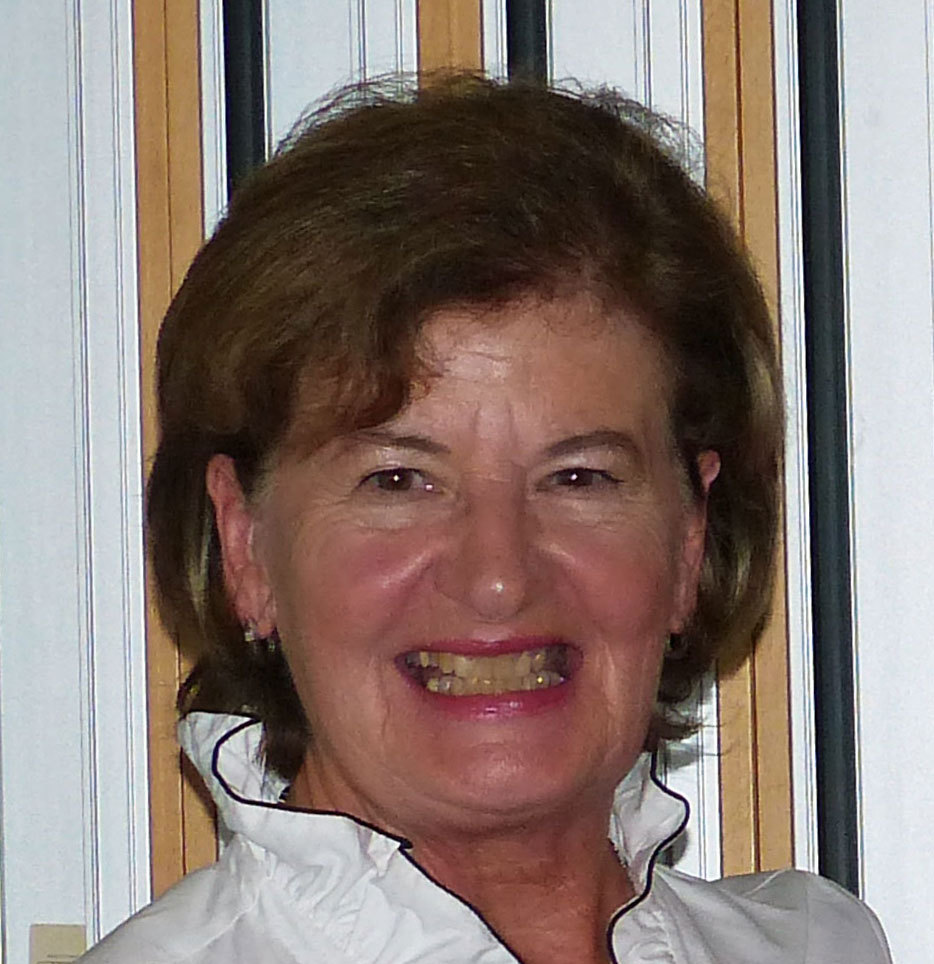 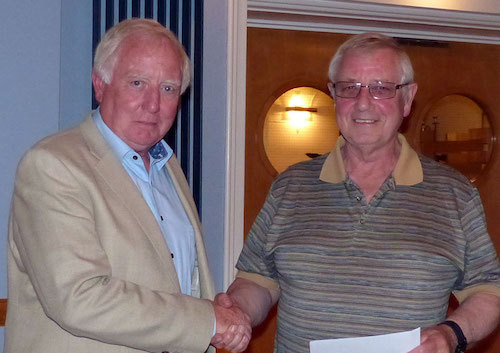 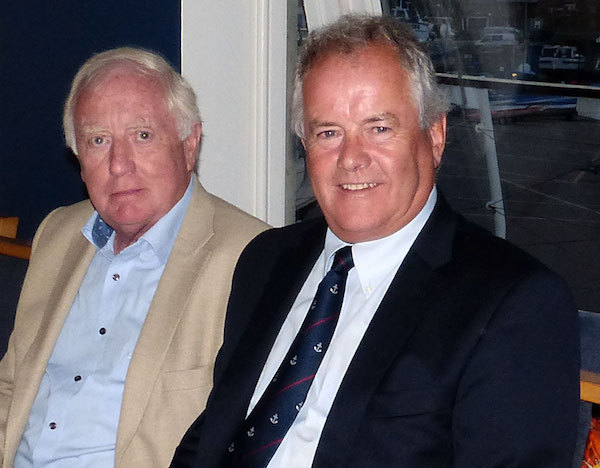 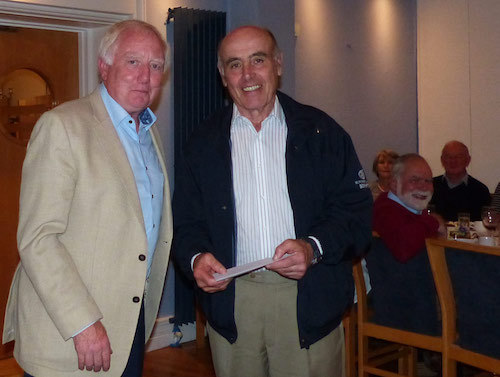 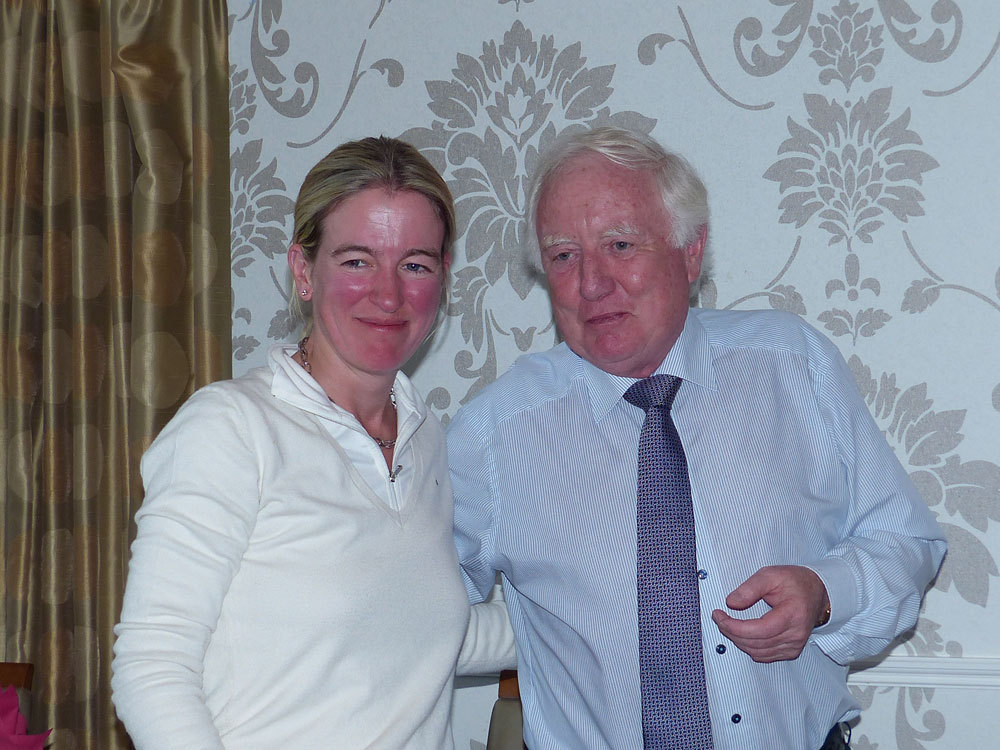 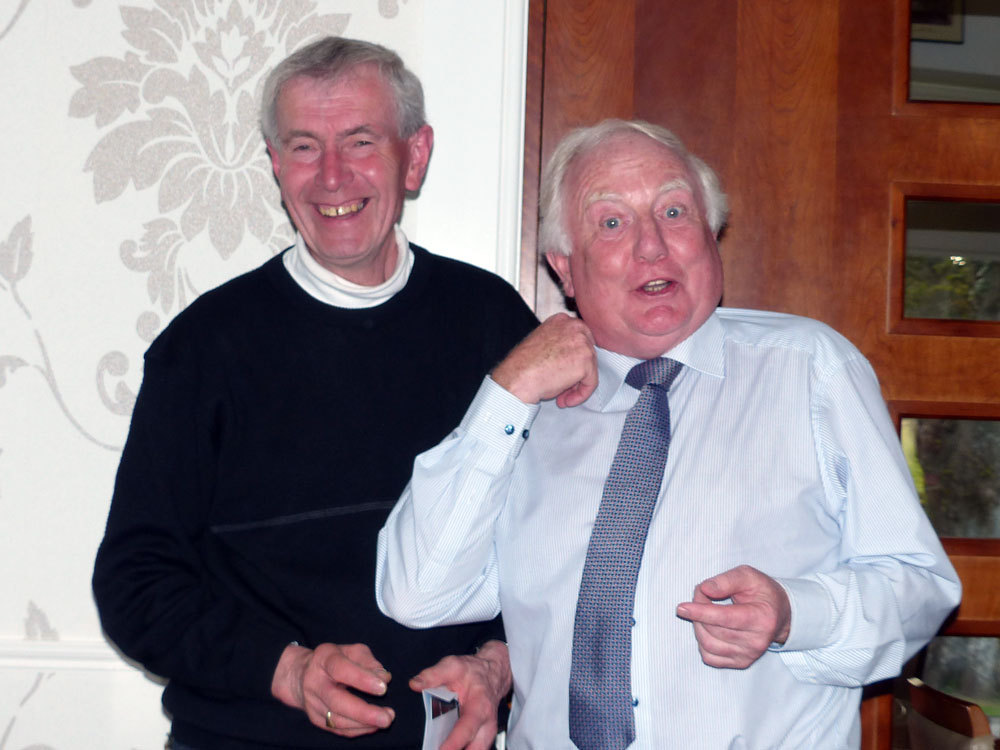