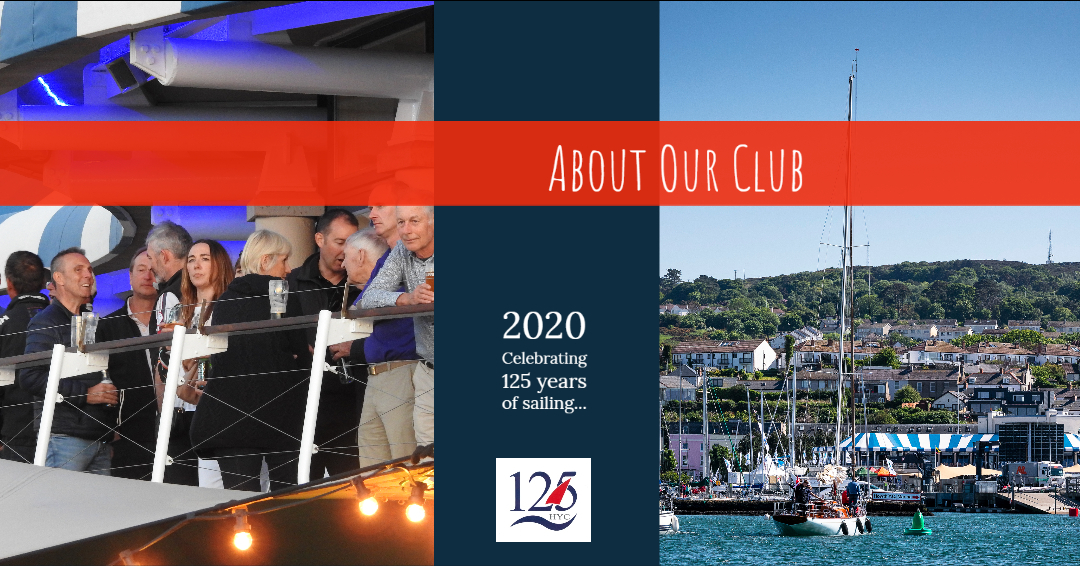 Howth Yacht Club was founded as Howth Sailing Club in 1895. Howth Sailing Club later combined with Howth Motor Yacht Club, which had operated from the West Pier since 1935, to form Howth Yacht Club. The current modern clubhouse was built and completed in 1987 and further extensions have since been made to the building, grounds and marina to facilitate activities of one of the largest sailing memberships in Ireland and the UK.

The club organises and runs sailing events and courses for members and visitors all throughout the year and has very active keelboat and dinghy racing fleets. In addition, Howth Yacht Club prides itself as being a world-class international sailing event venue and hosts many National, European and World Championships as part of its busy annual sailing schedule.

Howth Yacht Club is also famous for being the home of the world's oldest one-design racing keelboat class, the Howth Seventeen Footer. This still thriving class of boat was designed by Walter Herbert Boyd in 1897 to be sailed in the local waters off Howth. The original five 'gaff-rigged topsail' boats that came to the harbour in the spring of 1898 are still raced hard from April until November every year along with the other thirteen historical boats of this class. See: The Howth Seventeen

The club has its own 250 berth marina with some berths available to visitors who are always welcome to the club.