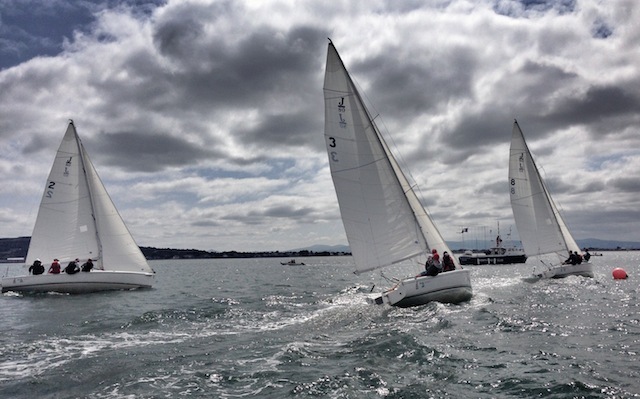 The 2014 HYC Club Championships result was only decided in the dying seconds of the final 6th race on this Sunday. Laser class champion Ronan Cull managed to snatch victory from the Howth Seventeen's Peter Courtney in a manouver on the finish line as demonstrated in the above picture.

The championships was run in the ISA Sailfleet J80s and the above picture shows Simon Rattigan (in boat 8) crossing the line in first place while Ronan Cull (number 3) bears down on Peter Courtney (2) which allowed Dermot Skehan (out of picture) shoot the line and finish ahead of Peter and gave Ronan's team championship victory by one point. 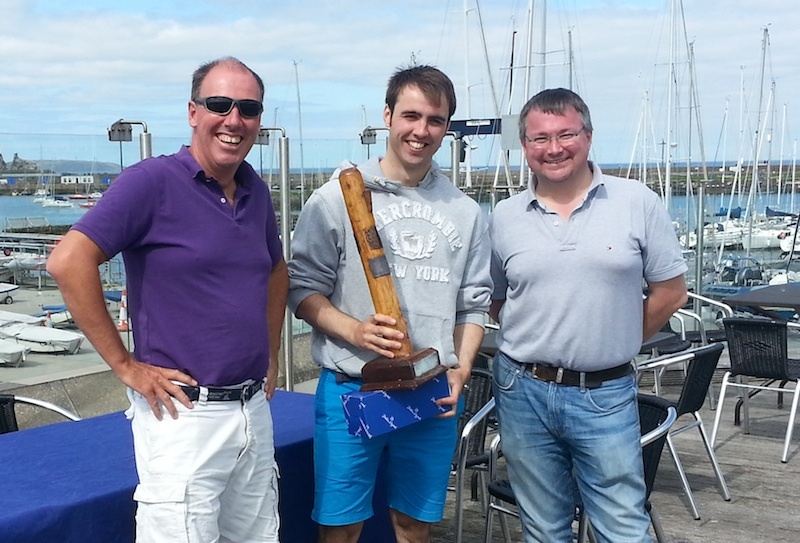 Event chairman Marcus Lynch thanked Richard Kissane and his race management team for the excellent racing and also thanked the competitors for the very high standard of competition and close racing. It was noted that 2 of the competitors were only 14 years of age (Ewan McMahon and Shane O'Brien) and they both credited themselves with great results, boding well for the future of competitive sailing in HYC. 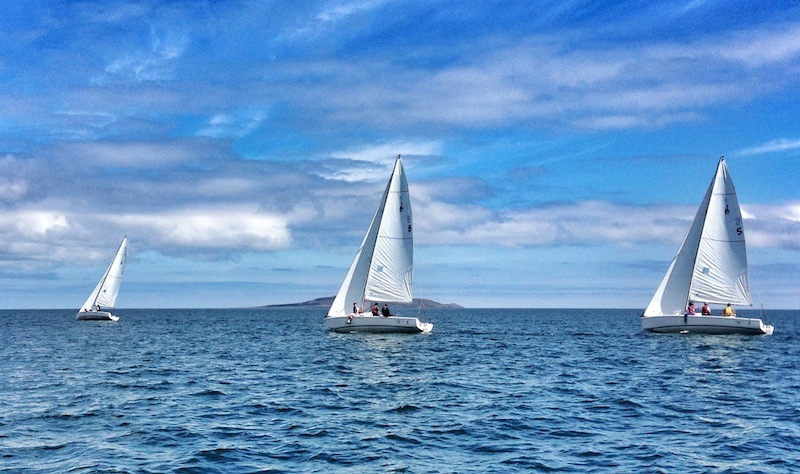 HYC's Honorary Sailing Secretary and event umpire Emmet Dalton was kept busy during the 6 races and even had to hold an on-the-water protest meeting between 2 competitors and under the watchful eye of Commodore Brian Turvey. 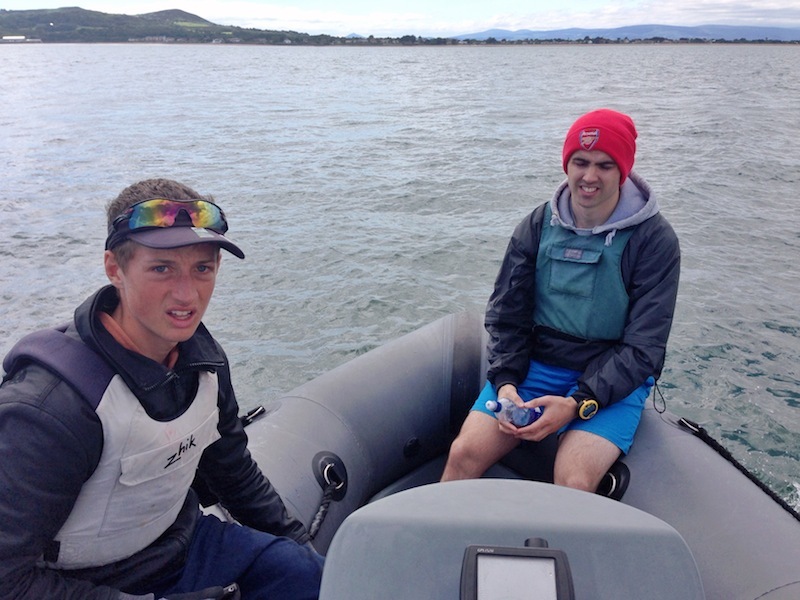 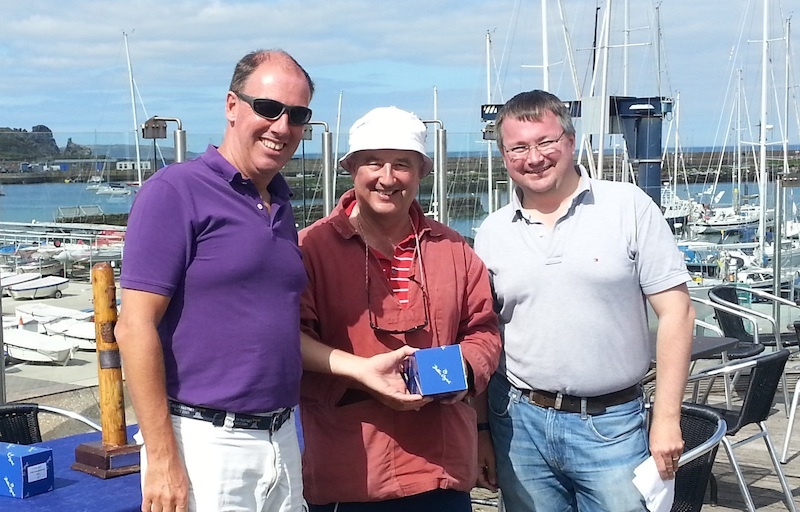 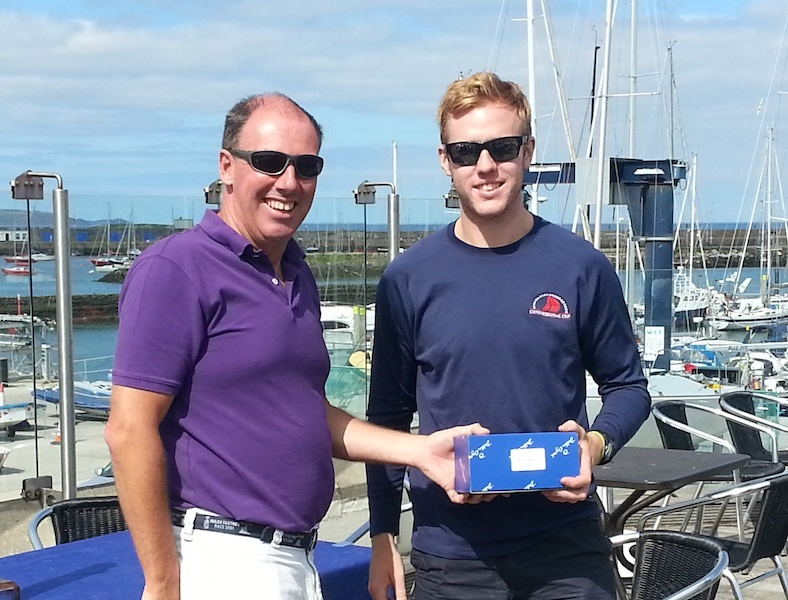 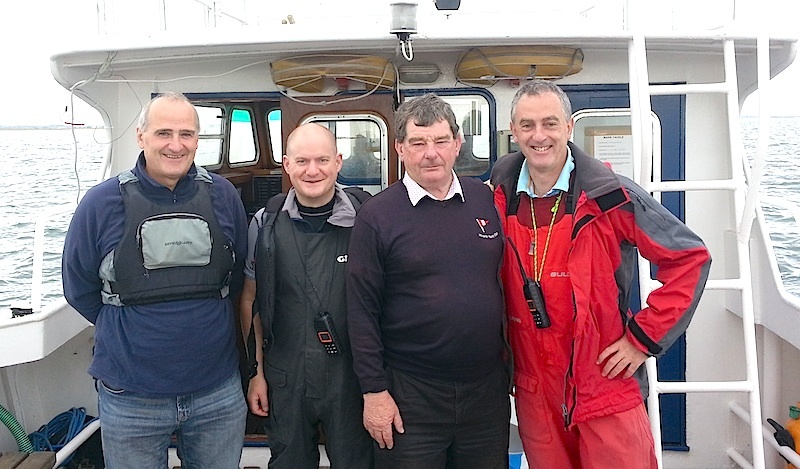 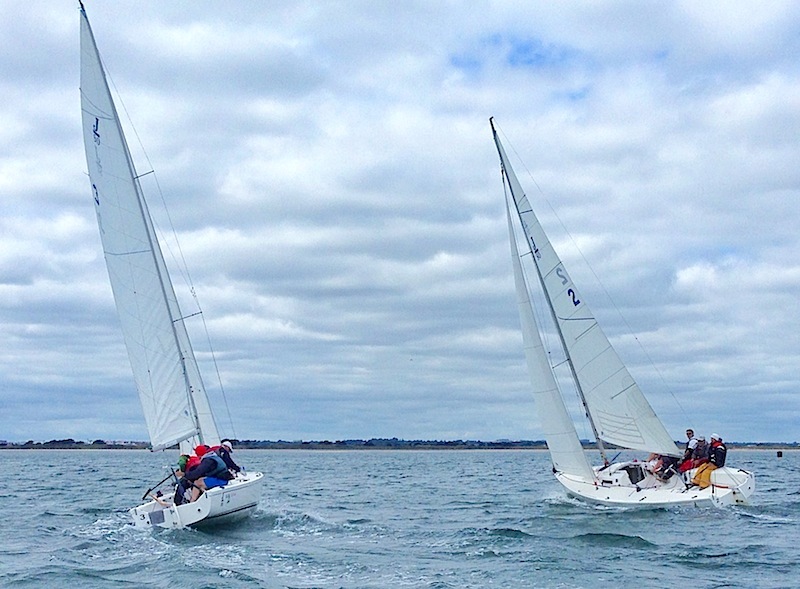 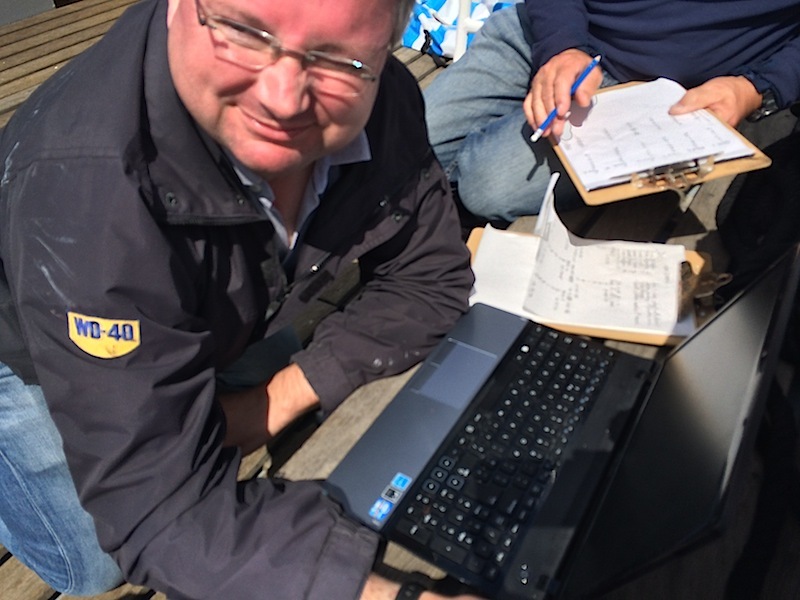 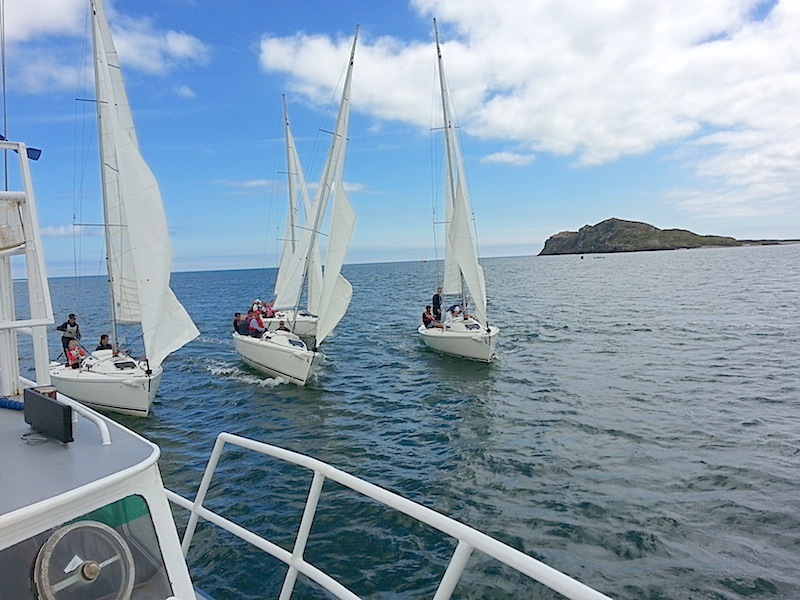