News from the Howth Laser Class 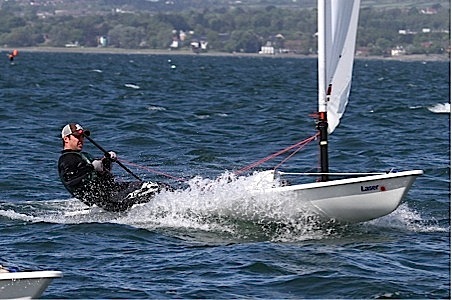 Ronan Cull won the Laser Connaught Championships 2014 at Lough Derg Yacht Club. Light winds greeted sailors on the Saturday morning of the Connaught Championships and the forecast wasn’t looking too promising. Seventy-two sailors (including three from HYC) launched in a steady five knots for an 11.55 start. The race course was quite patchy and the gusts were difficult to spot. Two races were sailed on the first day with the final third race of the day abandoned in a dying breeze.

Sunday racing was met with reluctant sailors, weary of the flat calm conditions that awaited them. After two hours of searching the lake and floating about the PRO managed to get a race away in a fickle two to three knot breeze, thus completing the regatta series.

The 4.7 event was won by Nicole Hemeryck from the National YC, the Radial’s was won by Tadhg O’Loingsigh from Tralee and Ronan Cull took the honours in the Standard Rig for Howth Yacht Club.

(Top pic: Ronan Cull showing us how it's done)

Many of the sailors were sailing lasers for the first time, although they had done sailing courses in other boats, so rigging and the use of the controls had to be learnt before the squad was up to speed. Now that their exams are over, the sailors have been encouraged to practise what they've learnt in club racing and some will attend the Leinster Championships to be held in August in Dunmore East followed by the Nationals in Ballyholme. 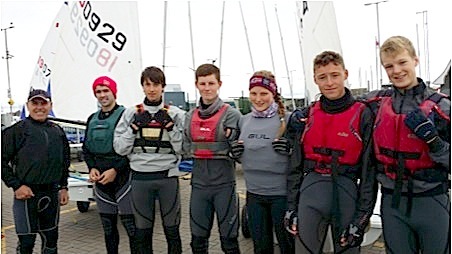 A casual group of sailors including some of our new junior laser sailors met last Sunday morning for a sail and they are pictured above.

Aoife takes on the World!

15 year old Aoife Hopkins is shown packed up and ready to go. First up is a three day drive to Germany's North Coast to attend Travemunde Woche. This is the 125 th year of the event and 11 classes will be represented including 2 world championships and 1 European Championship. The German Nationals in the Laser Radial will be held as part of the event. With a fleet size of 100 the competition will be tough and apparently the Germans won some other little event recently so will be extremely confident!

After Travemunde, Aoife travels to Dwiznow (if anyone knows how to pronounce it let me know) in Poland for the main event, the Laser Radial Youth World Champions.

In this event, boys and girls sail separately and there are 84 entries in the girls fleet. Having been out of her boat for a few months  due to a broken foot, Aoife will be on the back foot (excuse the pun) but will give it her best shot. Aoife previously represented Ireland in the Toppers World Championships and last year sailed in the Senior European Laser Radial Championships but this is her first Worlds in the highly competitive laser Radial fleet. 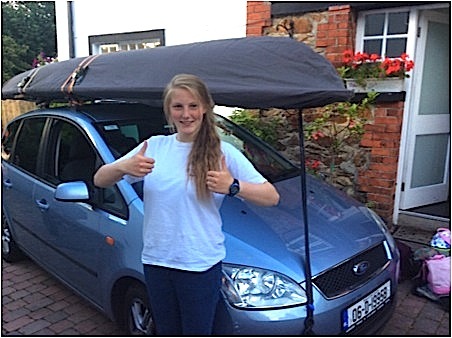 We wish Aoife the best of luck and 'Guete reise' (Safe journey)!