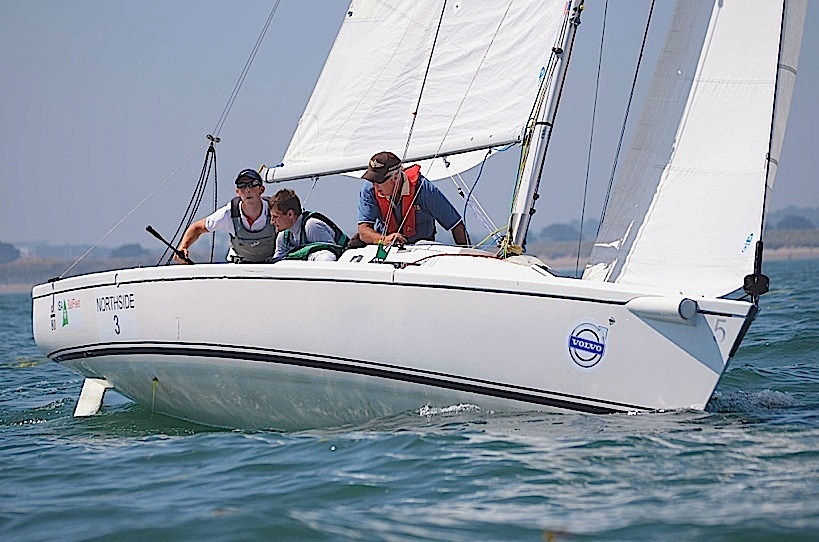 The 2014 Club Championships will be held on Sunday 20th July in the ISA Sailfleet J80s. Up to 12 teams are expected to compete in the event which is entry 'by invitation' only. Every racing class in the club has been asked to nominate their 'champion', often decided by the previous year's top results or National Champion (Puppeteers & Howth Seventeens).

Last year's champion was Cillian Dickson - below with the trophy - the top of Howth 17 'Zaida's' mast, the boat having been de-masted during a race off Portmarnock beach in the 1960's. 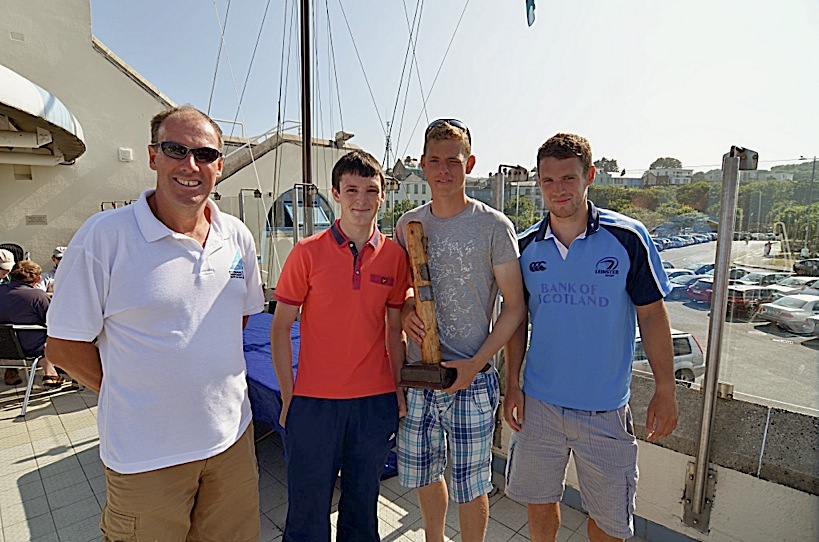