Shane Diviney reports from the WMRT in Fremantle 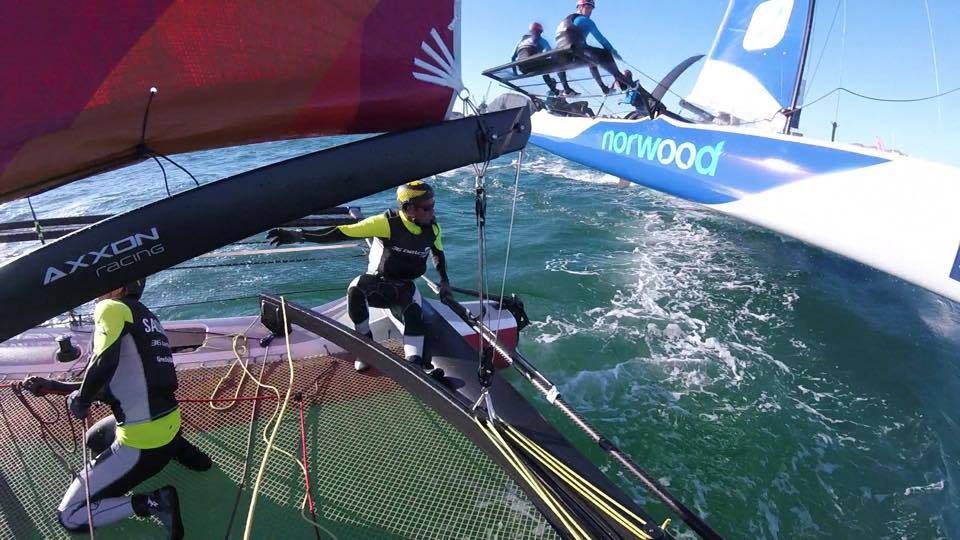 The recent World Match Racing Tour event which took place in Fremantle, Western Australia has been described as a 'game changer' for the series and for the sport of sailing. 20 teams from all over the world competed in the inaugural event of the 2016 World Match Racing Tour, which was sailed in identical M32 catamarans. It was the first time the tour has been sailed in catamarans. It was hard to predict what the outcome would be from this big change and whether the racing would still be exciting and tactical from a match racing standpoint.

The result was some incredibly close match races, made even more exciting by the high speeds of these lightweight multi hulls. HYC member Shane Diviney was competing with wild card entry, 36 Below Racing. They were disappointed to finish 15th after being knocked out in the 'super 16' round by former World Champion Taylor Canfield and his US One team. The team will be back in action on the tour at the next events in Long Beach, California and Copenhagen during April and May.

(Top photo: Taylor Canfied flies a hull over 36 Below Racing in the Super 16 knock out round)

Below: The bows go down during a top-mark bare away 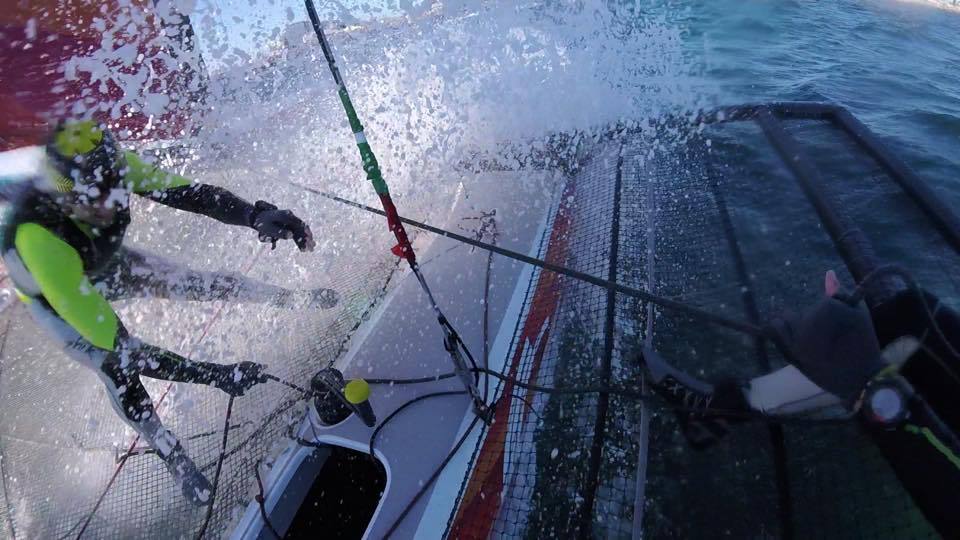