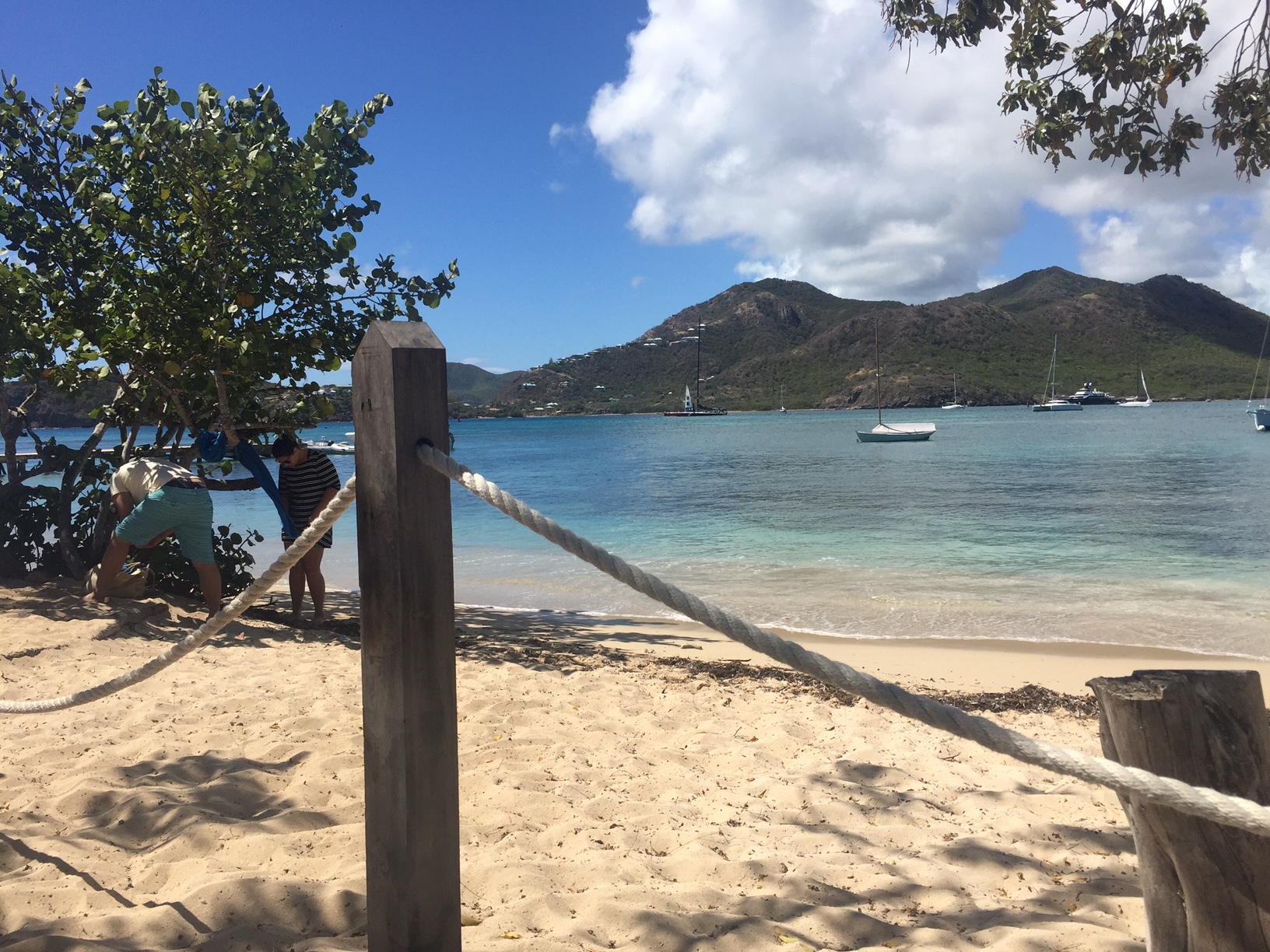 Following 3 days of 'climatisation' in the wonderful hot weather and warm hospitality of Antigua, the crew of Southern Child finally set out and hit the start line at 11:00 on Monday morning. The race was started in a 15-knot East-Southeasterly breeze, providing the 70 competitors with a long starboard fetch along the southern coastline before the usual bear-away and northward track to the Barbuda mark.

With no air conditioning on this First 40 and a lot of sweaty Irishmen oozing the excesses of Caribbean revelry, the following breeze on the track northwards offered welcome air in the cabin once the watch-system commenced at 2pm. A 2-hour 'conditioning watch' allowed the split teams to get used to the systems in the afternoon, followed by a transition to 3-hour watches at 6pm.

It was clear from the beginning that Frank 'Buller' Dillon was the most chilled-out member of the team and even when confronted with the news that the ice had run out at the welcoming party in Antigua Yacht Club, he rationalised that "the rum was purer!" Whilst still somewhat of a mystery in terms of its origin, Frank's nickname ('Buller') belies his relaxed demeanour in these latitudes and he was one of the many Irish sailors who enjoyed the warm greeting on the welcome night in AYC, including a special 'Cead mile failte' (Irish for 'one hundred thousand welcomes') given to them by RORC Commodore Micheal Boyd from the outdoor stage and to a tumoultous cheer.

With the exception of owner Lucy Reynolds, all of the crew of Southern Child are members of Howth Yacht Club in Ireland and form part of a 2-boat team with 'Bam', the other Howth entry a division below in Class 3.

Southern Child was steered past St Kitts and St Nevis late on Monday night by crew member Colm 'Bermo' Bermingham under the brilliant light of a Caribbean full moon, completing the first day of racing and within 500 metres of almost all boats in IRC Class 2. The nighttime temperature barely dropped to 26 degrees Celcius and with an 18-knot wind pushing us through schools of small dolphins in the very warm moonlit Eastern Caribbean Sea, might it be possible that it might continue like this...? 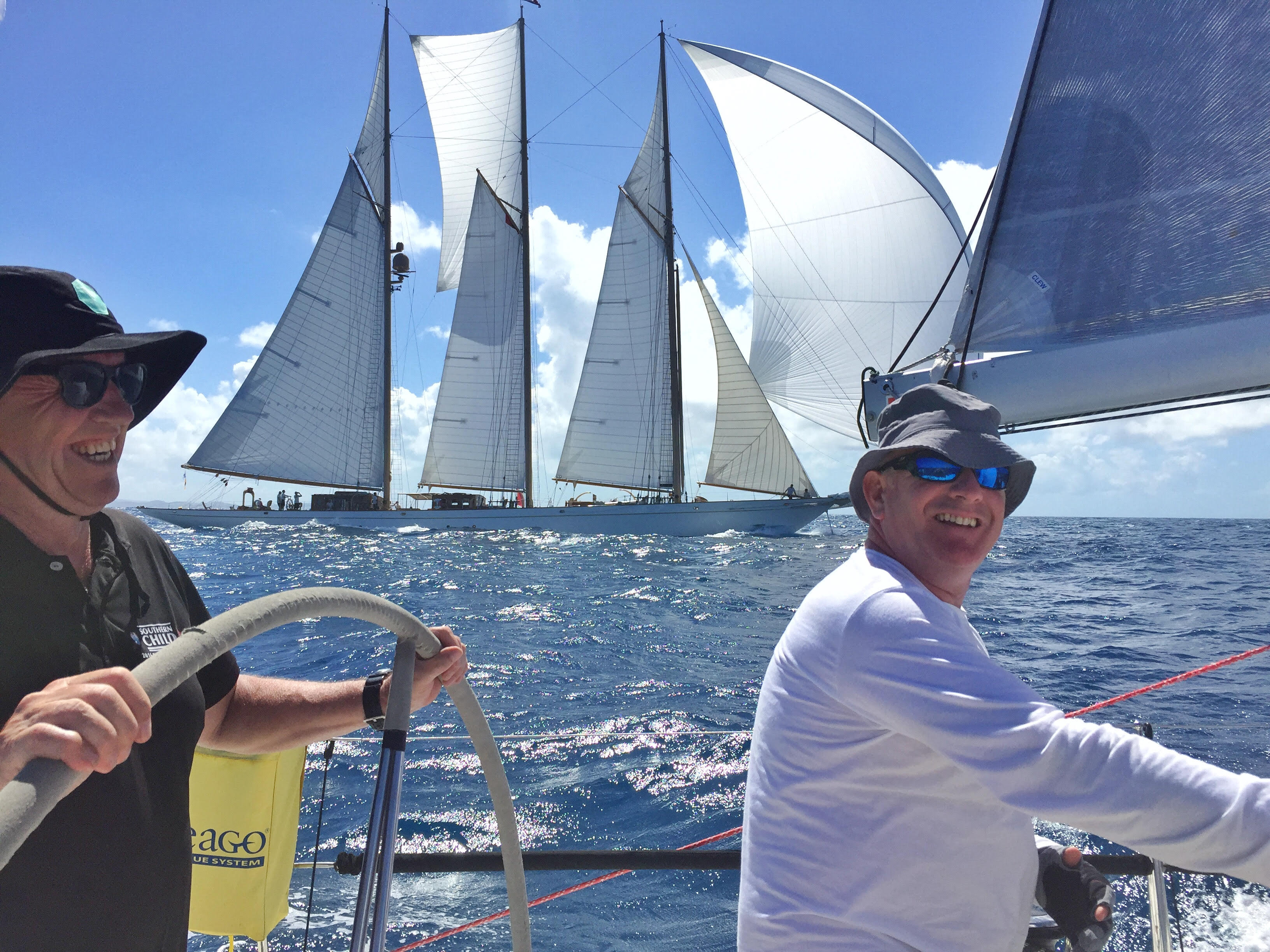 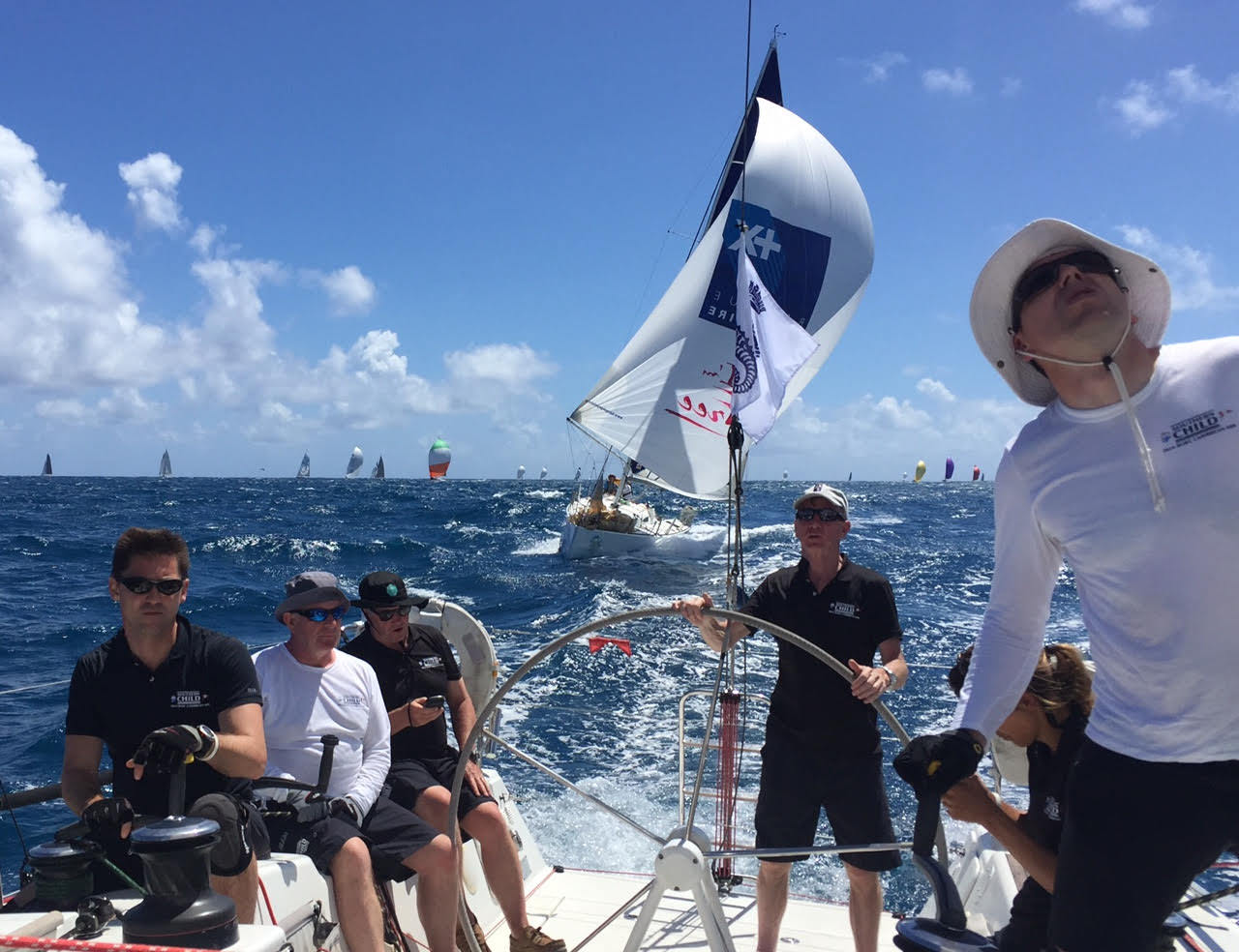