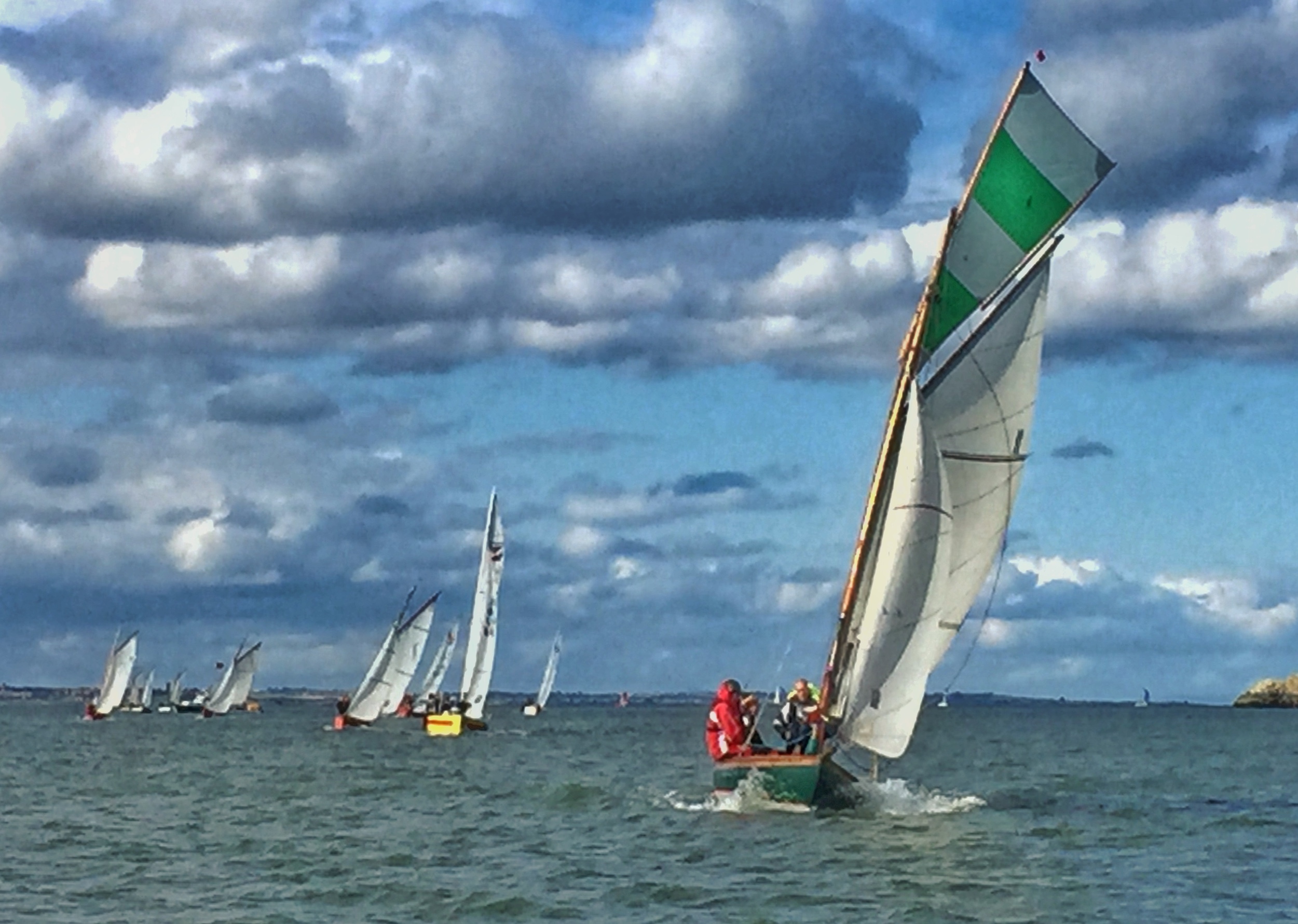 The first race of this year’s MSL Park Motors Mercedes Benz sponsored Autumn League in Howth turned out to be a firm ‘shake-down’ for many of the competitors and their boats this Saturday. The overnight gales had subsided in time for the afternoon starts and almost 100 entries enjoyed lively racing across their nine participating classes in 18-21 knots of wind, flat seas and warm sunshine.

The fresh south-westerly wind enabled the ‘Inshore’ and ‘Offshore’ race management teams set up courses that spanned the full width of the racecourses from the Cush and West marks which are close to the Baldoyle and Portmarnock shores, across to the ‘East’ mark which is positioned north-east of Ireland’s Eye.

The ‘Cruiser’ classes were given a 2-hour race and it was no surprise to see many of the more experienced racing teams finish at the top of each fleet. Pat Kelly’s J109 ‘Storm’ revels in 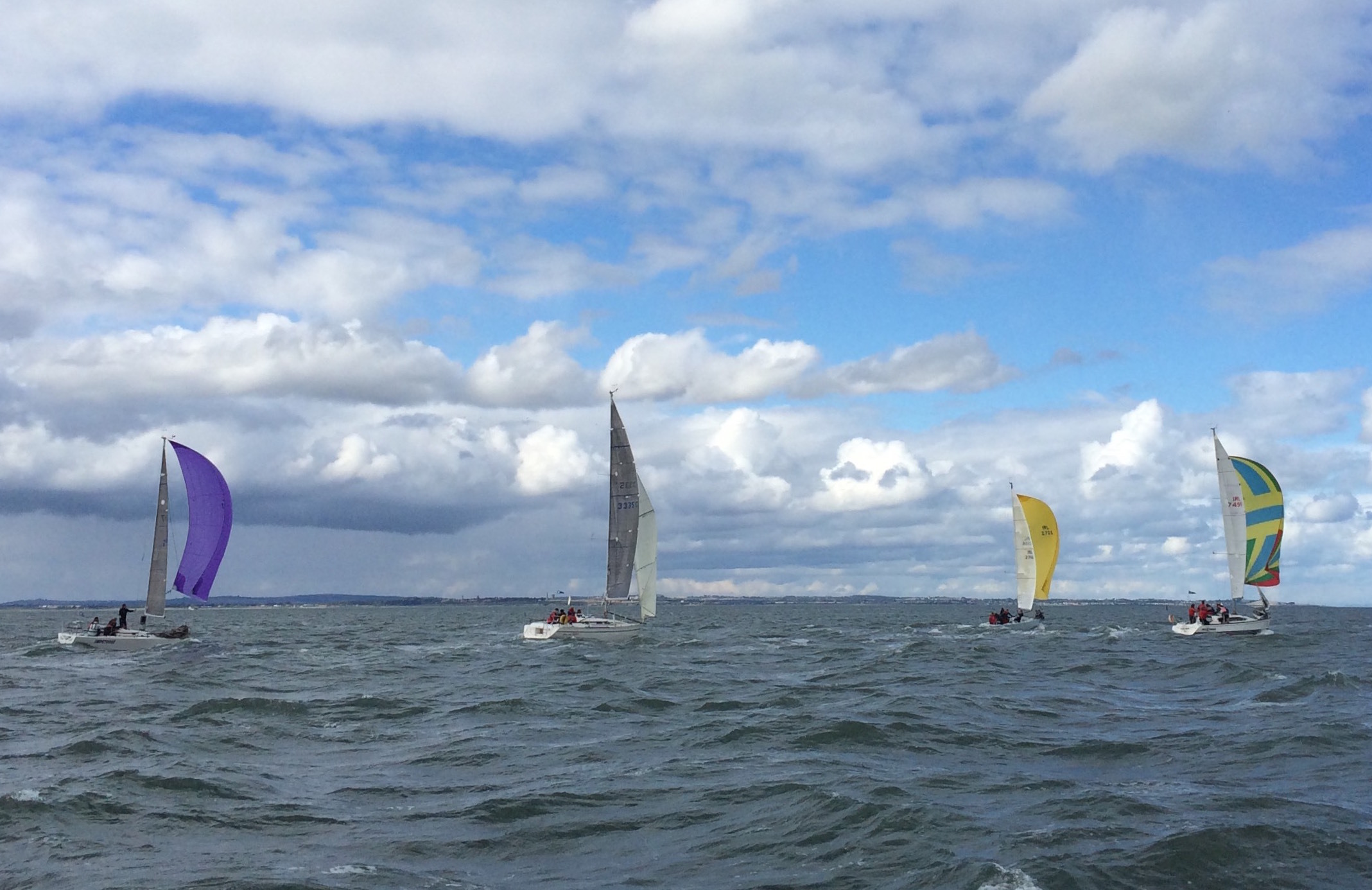 Howth’s annual autumnal keelboat series and emerged victorious in Class 1 while Stephen Quinn’s ‘Lambay Rules’ proved that the team’s recent run of form (including a top spot the Welsh IRC Nationals) will be one to watch in the seriously competitive Class 2 fleet. Other boats racing in this class include Dave Cullen’s ‘Checkmate XV’, the Colwell/Cobbe  Corby 25 ‘Fusion’, Anthony Gore Grimes’s ‘Dux’, Michael and Ritchie Evans’s ‘The Big Picture’ and other Half Tonners – Jonny Swan’s ‘Harmony’ and the Kelly/ Boardman owned ‘K1’. The 20 boats entered in this class are all capable of podium positions and many have been champions at other regattas already this year.

Class 3 will see Howth’s K25 team challenge for top spot and affords them the opportunity of rotating their newly expanding team for some competitive racing against the very experienced racers in that Class. The Non-Spinnaker Classes saw a margin of less than a minute separate 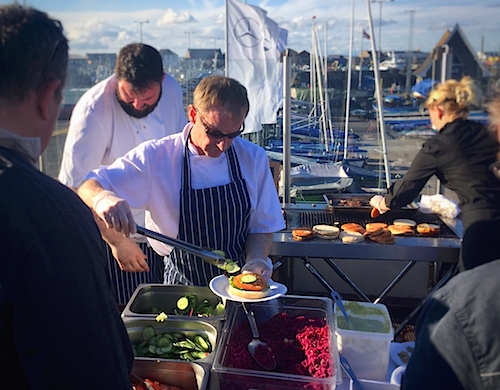 ‘White Lotus’ and ‘Splashdance’ (Class 4) and a formidable 1,2,3 in Robert Michael’s ‘Mystique’, Harry Byrne’s ‘Alphida’ and Windsor Lauden and Steffi Ennis’s ‘Demelza’ challenge the first race of a very interesting line-up in Class 5.

The ‘Inshore’ classes enjoyed 90-100 minutes racing in the fresh conditions. Alistair Kissane (1st) and Simon Rattigan battled it out on the J80 racecourse, which should see very close racing throughout the series. It was business as usual in the Puppeteer class, where the Walls/Browne partnership in ‘Gold Dust’ started the series with the same determination that won them last year’s overall prize – crossing the finish line 3 seconds ahead of Alan Pearson’s ‘Trick or Treat’. Keeping their powder dry for the remainder of the series, the Squib class boats travelled across the bay to compete in their Eastern Championships this weekend. In the Howth 17 Class race, the average wind speed of just less that 20 knots proved to present a reward for the three boats that dared to fly ‘topsails’, with the respective podium places won by Peter Courtney’s ‘Oona’, the Turvey’s ‘Isobel’ and the ‘Deilginis’ conglomerate. See all results here and gallery here. Most of the competitors spent the post-race period socialising on Howth's busy forecourt and balcony, enjoying the 'al fresco' opportunity with a balcony BBQ and much discussion about the weeks to come.

The series continues next week….