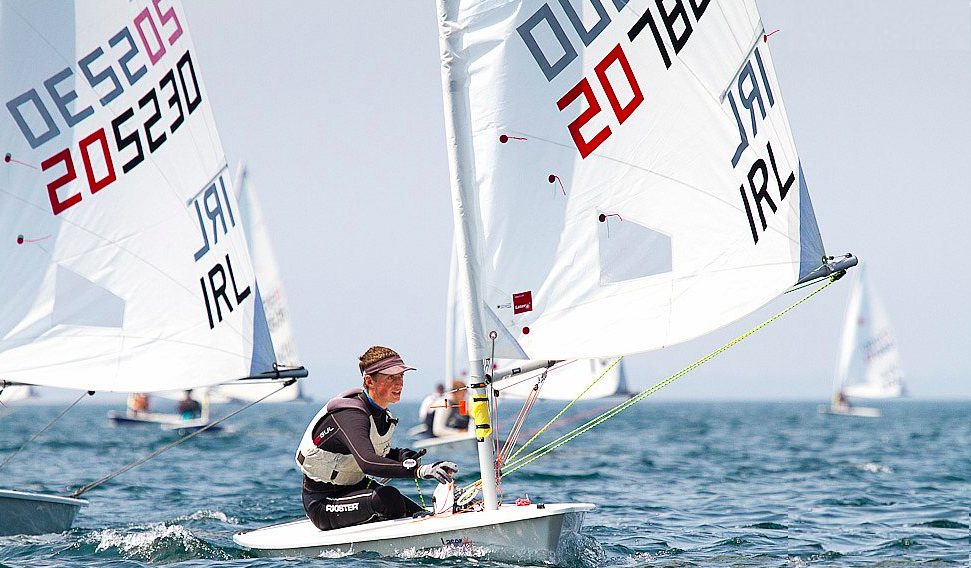 A report from HYC’s 16-year-old Ewan McMahon who qualified for and went to the Laser World Championships on Canada in the middle of August: ‘I travelled to the world championships, Canada on Thursday 13th of August.  After a lengthy journey, along with some long flight delays, I eventually arrived in Kingston, Lake Ontario in the early hours of the morning on Friday 14th.

I travelled on my own and was met at Kingston Airport at 01.30am by my host family. They are a sailing family also, and their son Berg was entered into the event.  They lived very close to the club and to my delight they had a swimming pool and a sauna, which we used to unwind and relax in the evenings throughout the week. I have to say, my host family were fantastic and made a great event, even better. I can’t thank them enough for their help and support during my stay with them.

On Friday 14th, I collected my charter boat and went through measurement without any hiccups. The practice race was cancelled due to threatening thunderstorms which allowed me get some well needed rest!

The main event was scheduled to start on Saturday 15th, with the first gun at 11:30 am.  Two races were planned for each day; 12 scheduled races in total.  The weather for the week was predominantly light, however my host family informed me about thermal breezes and not to be too worried about the zero wind forecast.

The sailing venue didn’t remind of conventional lake sailing, as Lake Ontario is almost as wide as Ireland! Therefore the wind was even across the course with some small oscillations.

I tried hard to bring my “A” game to the event and had consistent results for the qualifying stage of the competition. I managed two top three results, which I was delighted with. My trip wasn’t all about competitive sailing though! On the Wednesday evening my host family and their neighbours took us by boat on an evening picnic to the picturesque “Thousand Island” area of the St. Lawrence river where we had fun swimming and jumping off high rocks into deep water.

On the second last day of the event, the boys’ fleets were split into gold, silver, and bronze. 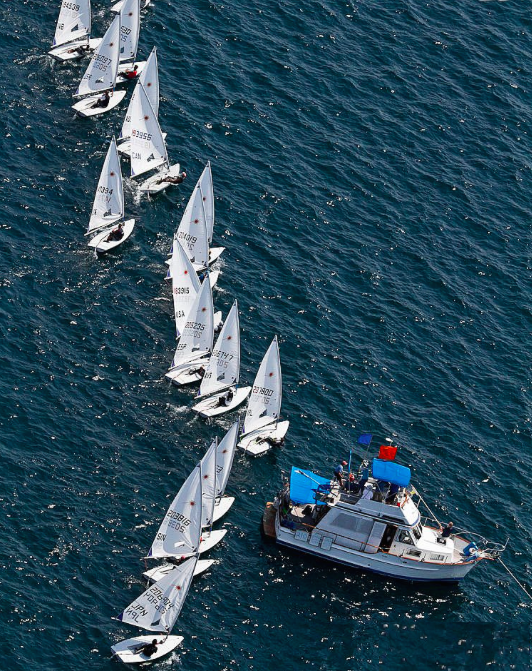 Three races were sailed. The wind direction was further left than previous days, so it meant it there was more frequent shifts. I had my worst day of the competition, but understandably standards were raised as I had made gold fleet. Unfortunately I broke my tiller extension in the second race of the penultimate day after agybe to round the leeward mark. After the race I managed to “borrow” a flag pole from a coach rib; it is said that “necessity is the Mother of all invention” so I used the flag pole as a tiller bracing device for the next race, which turned out to be the last race of the regatta.

The last day was cancelled due to unsailable conditions. This gave everyone plenty of time to pack up and watch the closing ceremony, which commenced at 2pm.

All in all I was pleased with my performance across the week. I finished 18th overall and 3rd under 17. I really enjoyed my experience in Canada and wouldn’t hesitate to go back in the future.’ 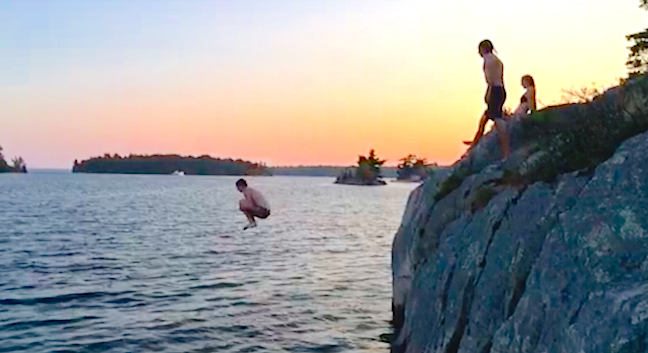