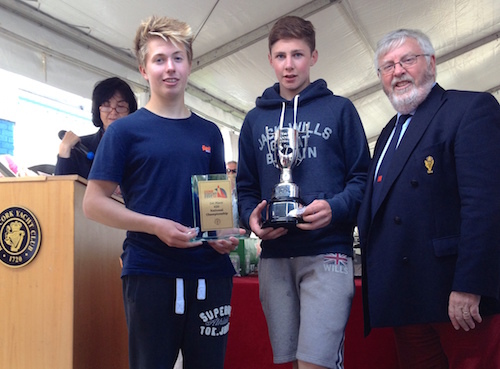 Douglas Elmes and Colin O'Sullivan won the 420 Nationals at Crosshaven as part of the 'Cork Dinghy Fest 2015' this weekend. Racing was over three days, 21-23 August, with a total of 9 races (two discards). Great racing on day 1 allowed the series to go one race ahead, with two races on day 2 in light winds, and shifty n conditions for the three races on the third day, with boats becalmed on the first beat of the third race of the day, followed by a squall that saw boats capsize a few minutes later.