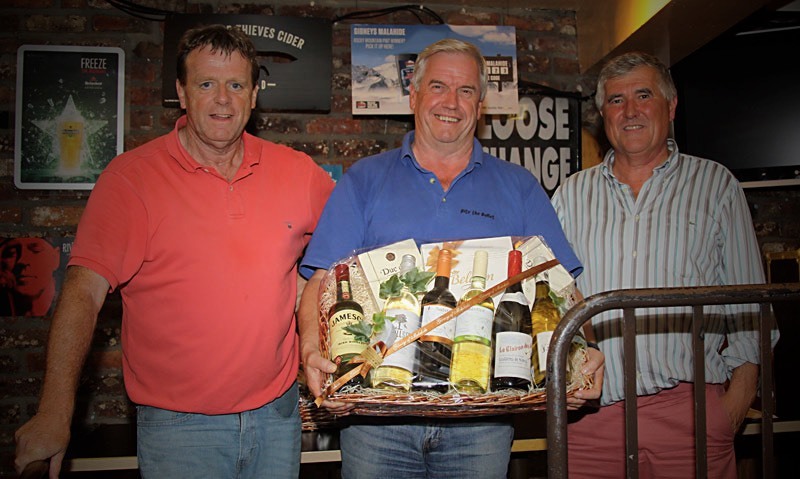 With the promise of the usual excellent racing and legendary hospitality in Malahide, this year's Gibney Classic attracted a record entry of 50 keelboats and lived up to all expectations. The racing was run by PRO Peter McKenna who set measured courses for the seven participating classes to ensure that all boats would finish close to the entrance to Malahide and in good time to enjoy the 'apres sail'. 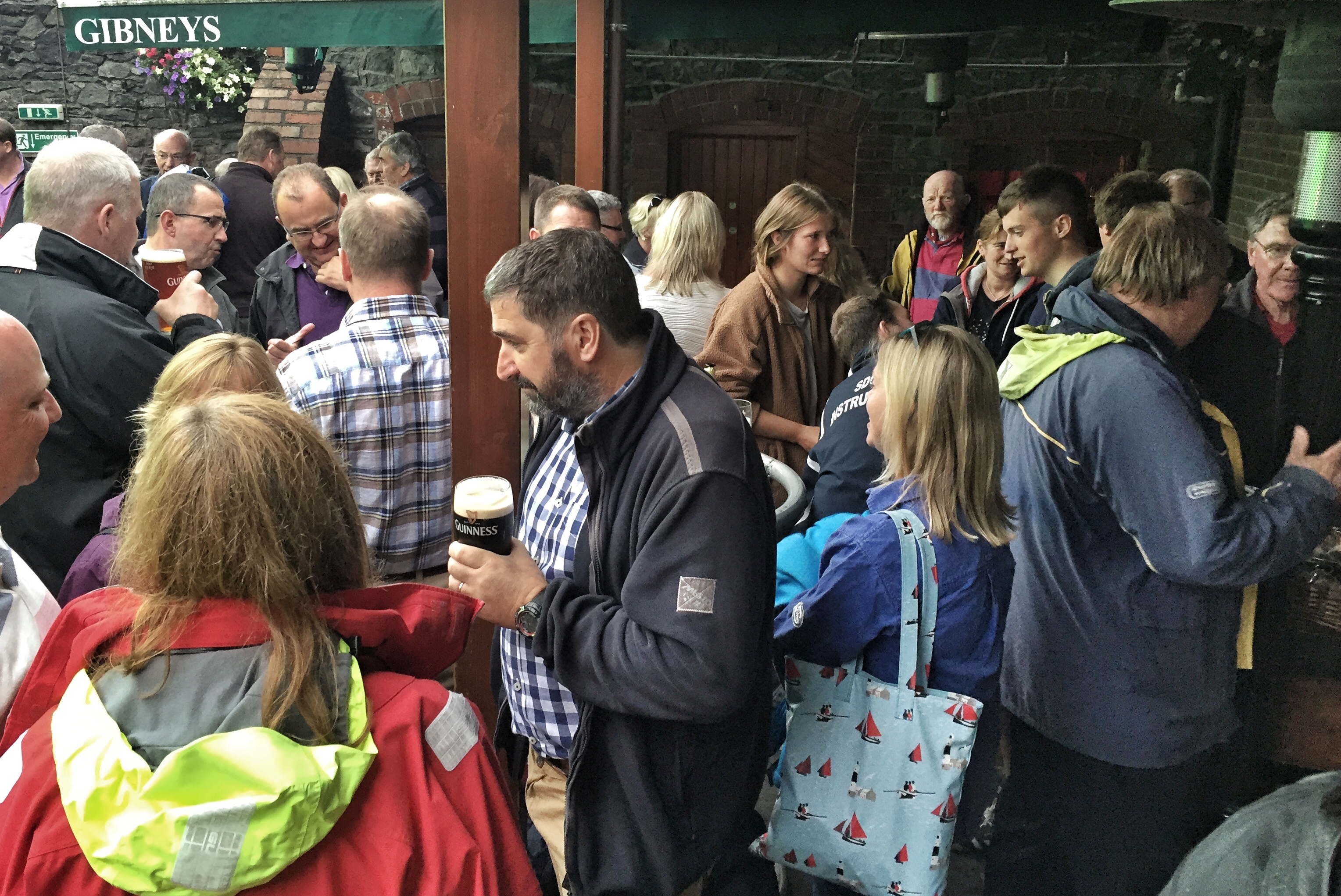 Other 'special prizes' went to Peter Courtney's Howth 17 Oona, for being the first of the 17s to dock at Malahide Marina (generously providing berthing for all competitors). The Overall Prize and Jack Gibney Trophy went to Colm Bermingham and his team on Bite the Bullet. (Top photo collecting his prizes from Barry Gibney and Dermot Skehan.)

Event chairman Dermot Skehan thanked sponsor Barry Gibney and family for their generous and continued support of the increasingly popular Gibney Classic and paid tribute to the skills of Race Officer Peter McKenna who confidently dealt with the issue of a drilling platform crossing the racecourse before the starting sequence. Importantly, the final thanks went to organiser Maureen Muir who put huge effort into ensuring the success of the event and continuing the steady annual growth of this popular race.