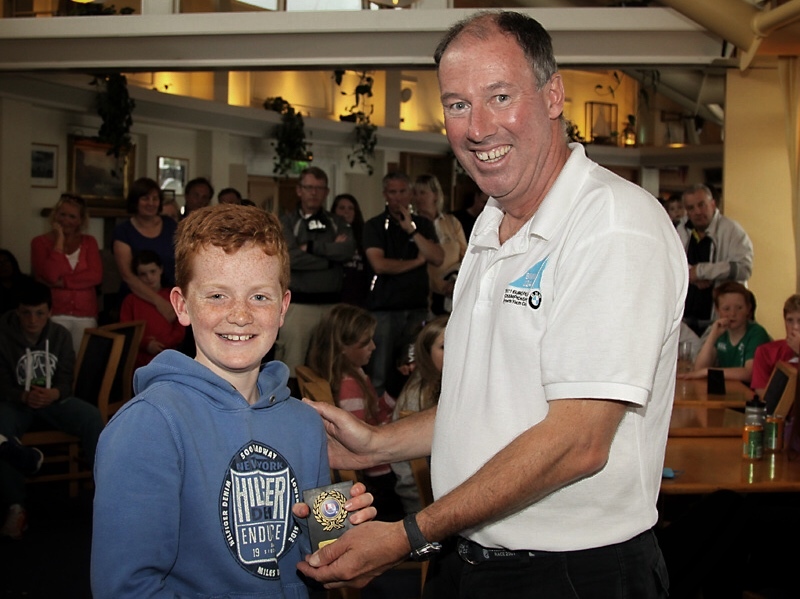 The little to no wind forecast and the possible 40 boat turnout surprisingly gave way to a fantastic breeze for racing and 61 boats. The fleet, from over 10 different clubs across the country, launched in less than 5 knots were greeted by a 9 knot easterly breeze as Race 1 got underway. Race management under PRO Richard Kissane was slick and efficient with only short intervals kept between races. As the wind continued to build the course length was extended for each race, reaching a testing 16 knots in the 3rd and last race.

In the Full Rig fleet of 53 boats, Races 2 & 3 started under the black flag as the tide turned and brought boats early to the line. This in part resulted in 3 boats being black flagged in Race 2 and 9 in Race 3. After racing, sailors were able to enjoy pasta and pizza to replace lost energy and prepare for the trip home.  A protest and request for redress delayed the prize giving which had an impact on the results in the age categories. However, there was no doubt as to the winner as Geoff Power from Waterford Harbour SC won all 3 races in convincing style. Caoimhe Foster (RCYC) finished 2nd overall and was also 1st Lady. Jenna McCarlie (County AntrimYC) followed in 3rd.

A large thank you goes to our sponsor Boynton Properties and to all the volunteers on the day that looked after registration, slipway, committee boat and rescue. (Top photo: Hugh Kilmartin collects his prize for 3rd place Under 12 from Commodore Brian Turvey)

Full set of results can be found here

See Commodore Brian Turvey presenting all the prizes below: 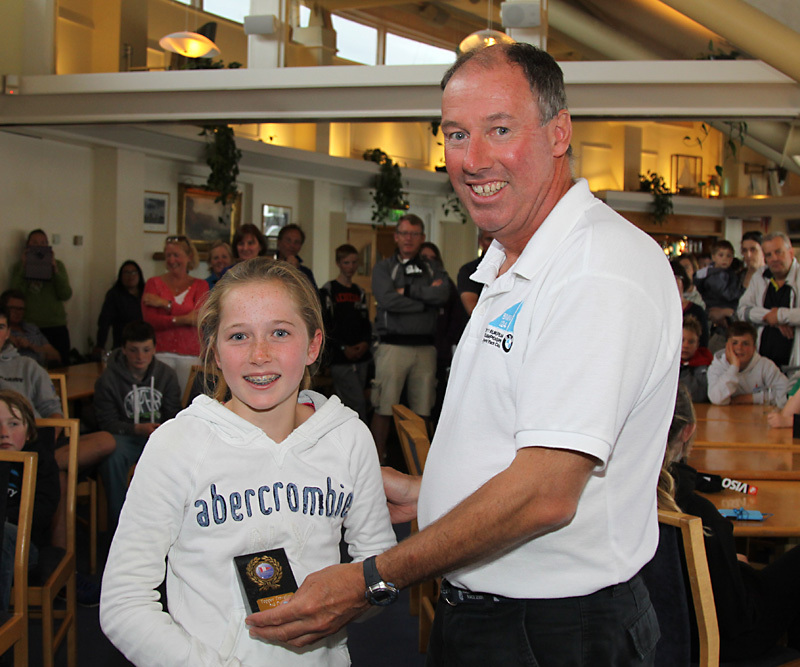 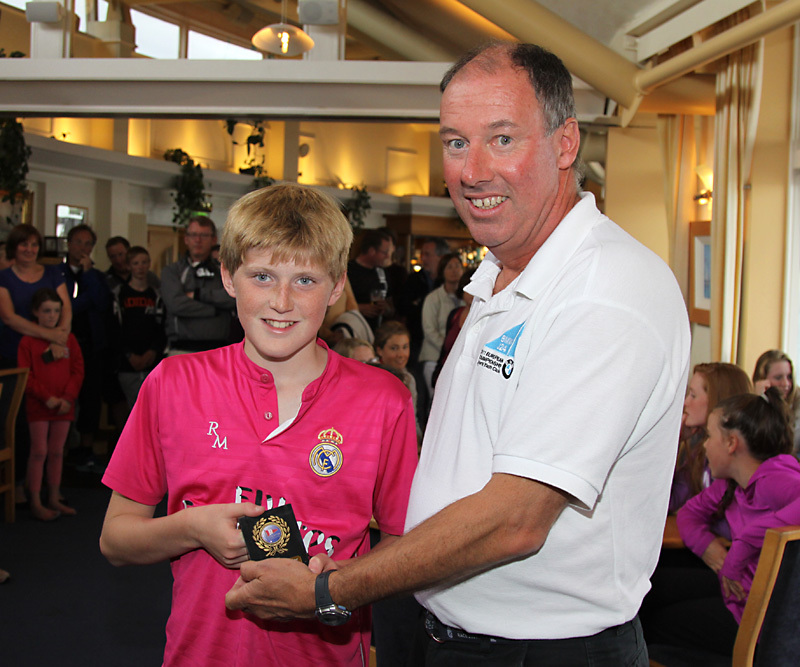 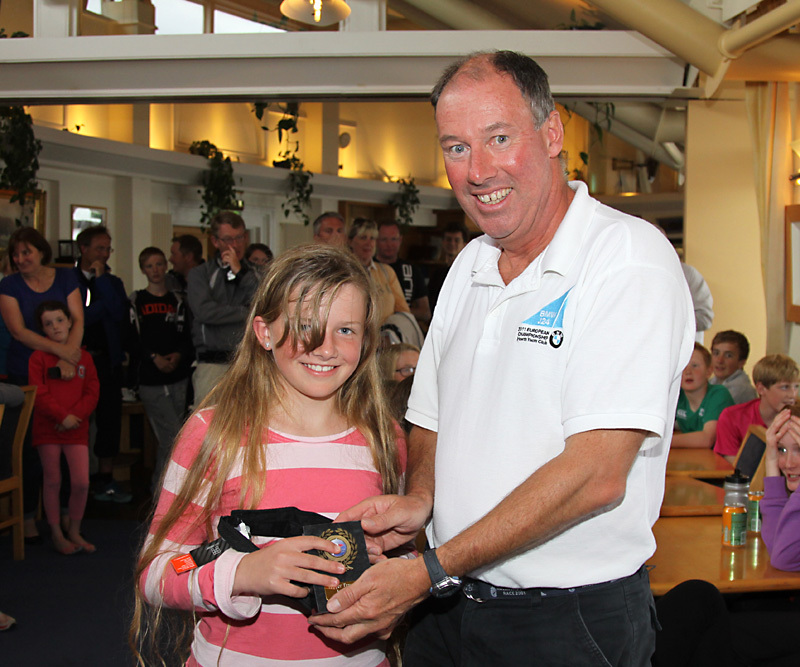 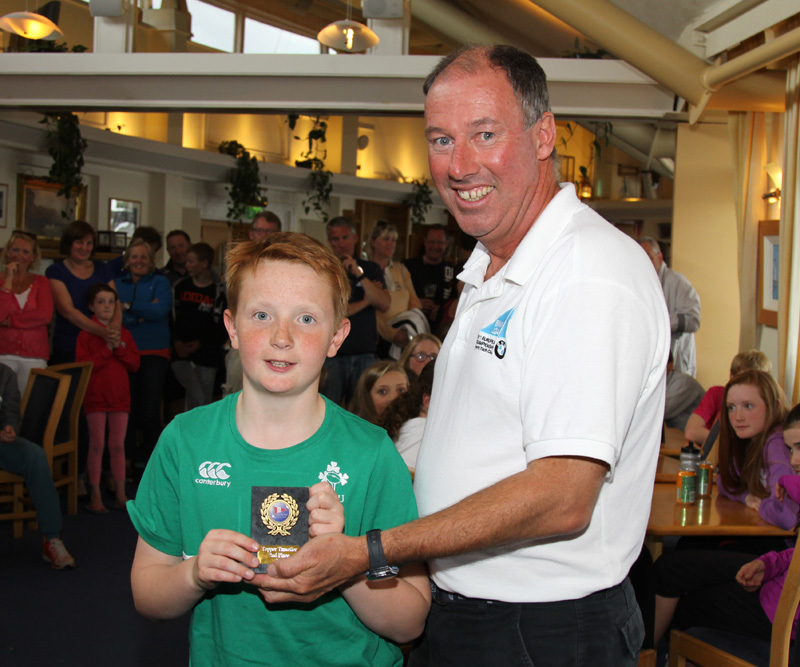 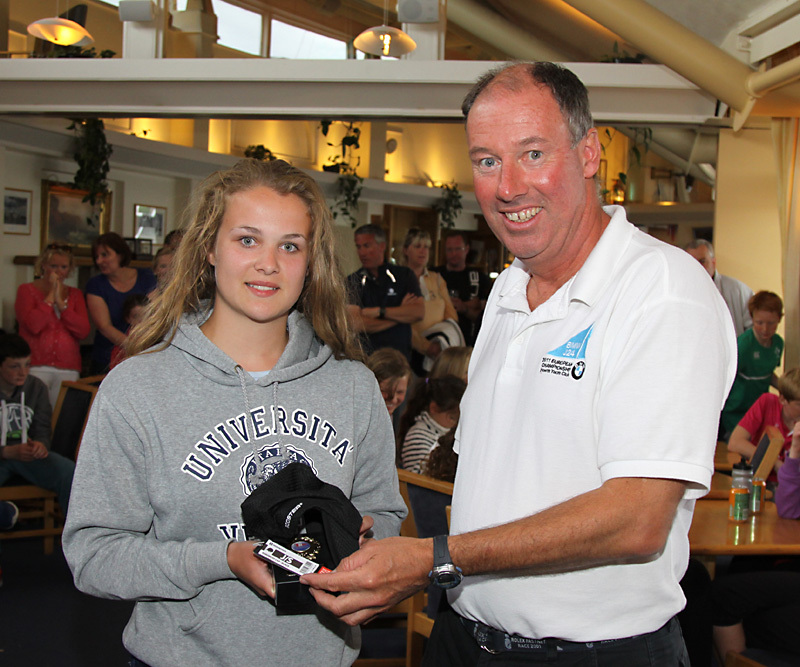 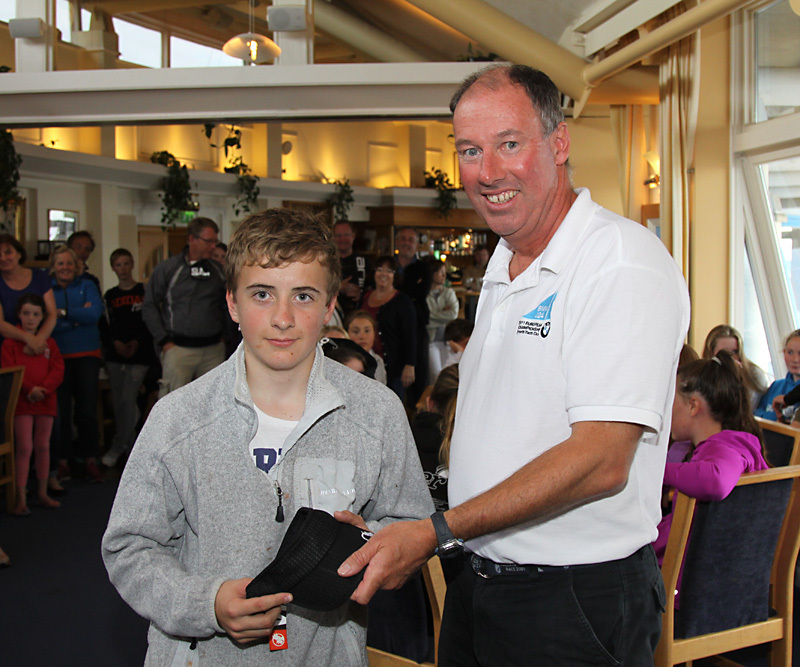 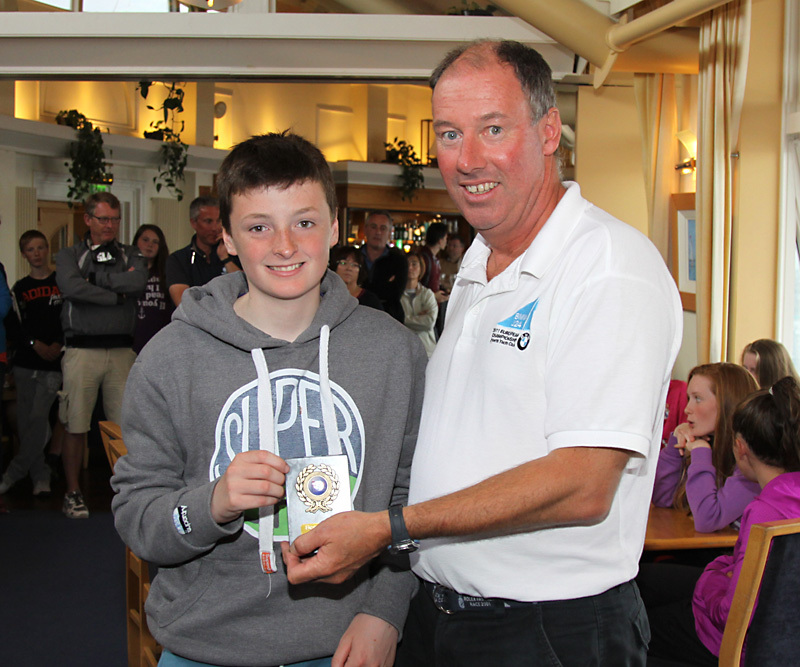 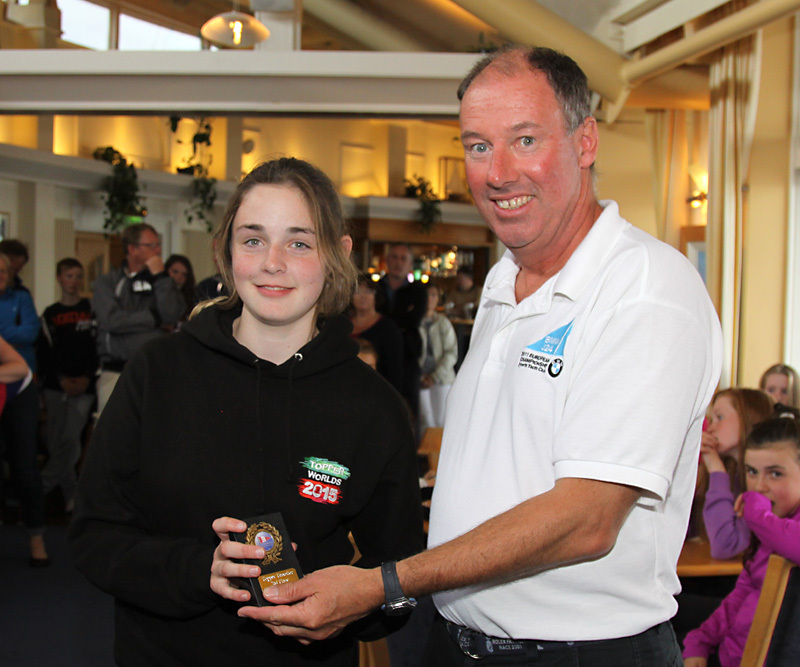 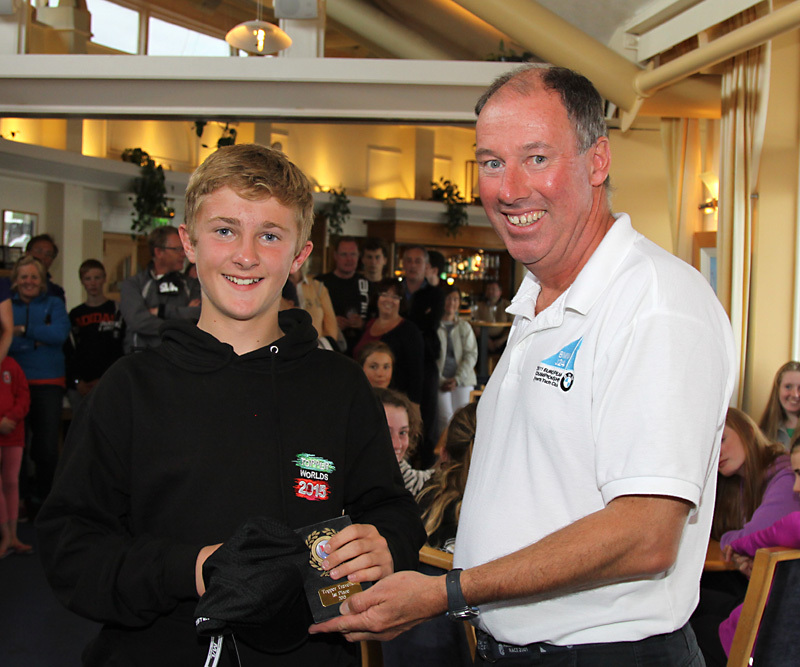 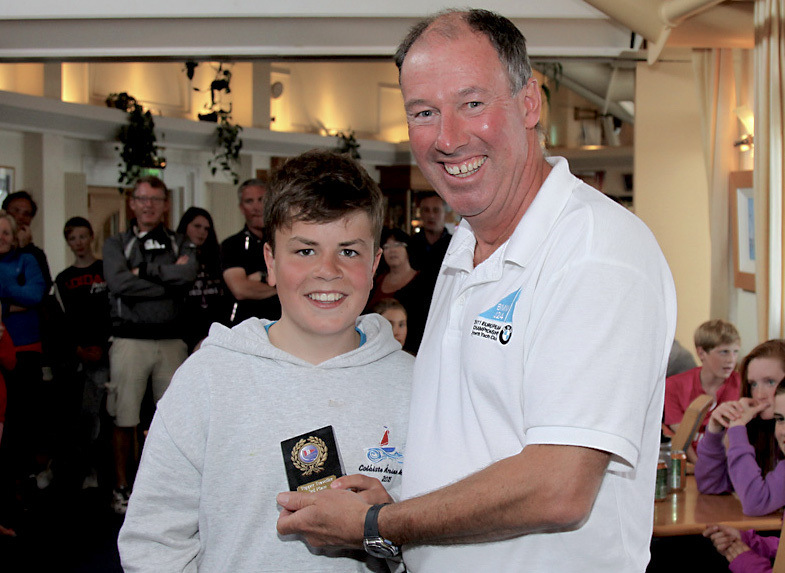 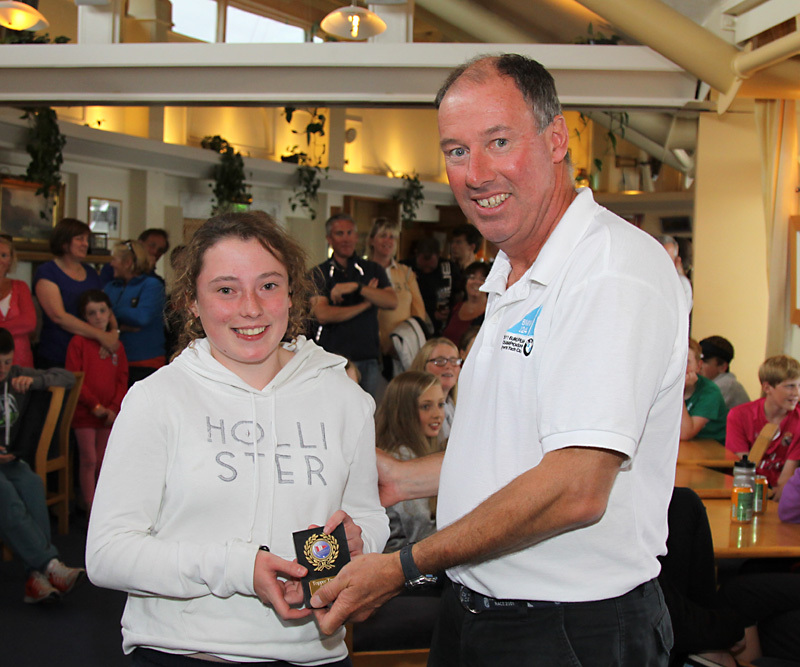 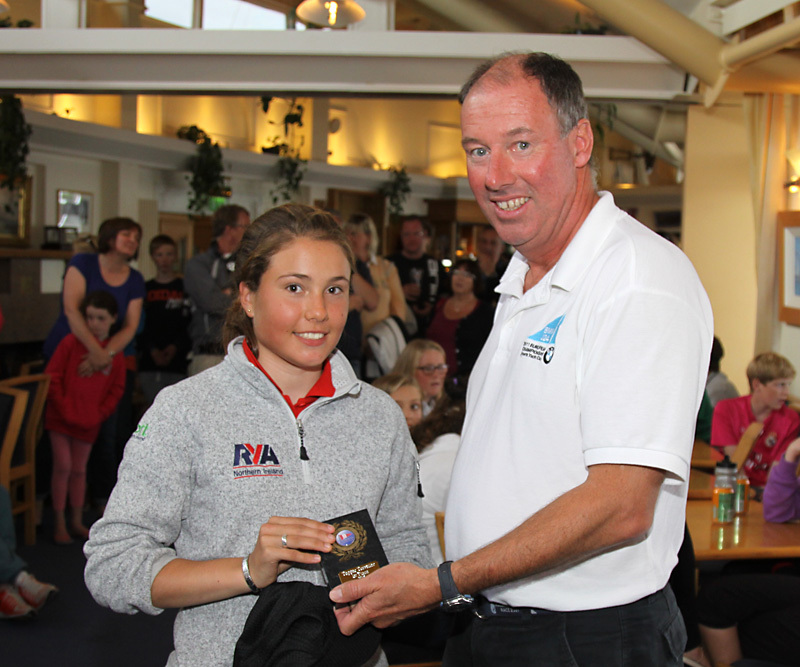 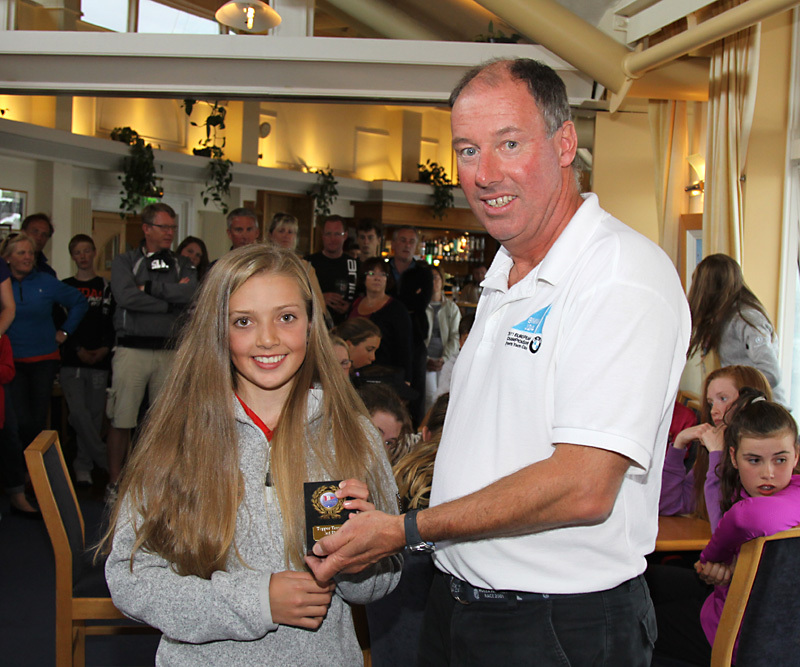 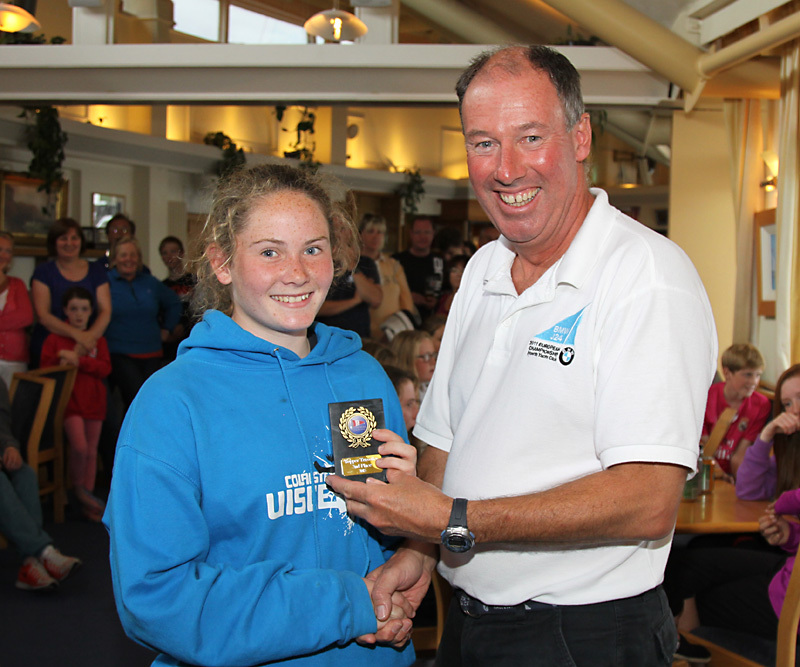 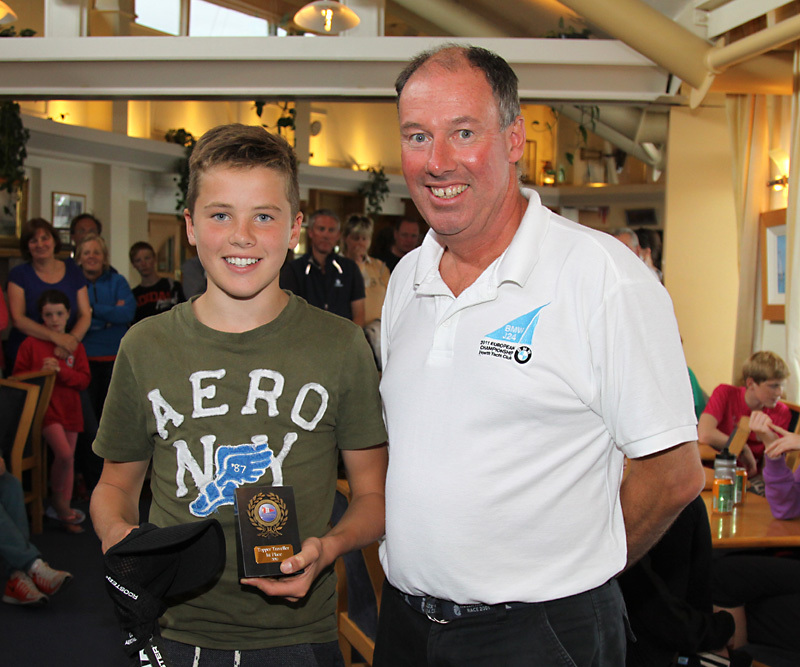 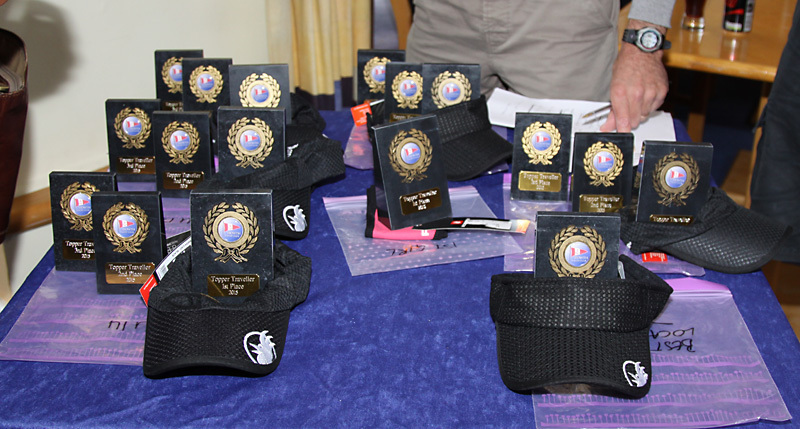