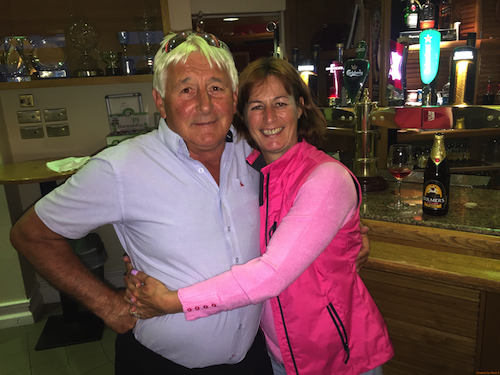 Many of HYC's recent and very successful keelboat racing campaigns were toasted at a special party for all members on Friday night. The lively evening also included an official presentation of the club's new flagship 'Star Point' by Club Vessels chairman John Doran and the team that helped commission the club's valuable race committee vessel. New members were also welcomed by Commodore Brian Turvey and given a detailed presentation by Feargal Kinsella of the Membership Committee and was followed by a short talk about our sailing initiatives by Rear Commodore Richard Kissane. Members engaged in a discussion forum, raising some of the topical subjects such as communications, harbour, events and parking.

Many of the races and results were re-run and enthusiastically recalled in too much detail to report again in this column, but it was clear that the atmosphere was one of celebration for HYC's members, not just the outstanding victories such as the hard-earned string of results by Windsor and Steffi's Demelza in Kinsale (see top photo), but also the 'nearly there' placings and team spirit of all Howth entries in recent events. This writer also noted a common theme in respect of an obvious and predominant HYC presence late at night in yacht club bars at events...

Many of the crews brought their trophies to display on their tables and on the bar during the lively night which was complimented by live jazz music, wine and some delicious food from caterer Jason and his team.