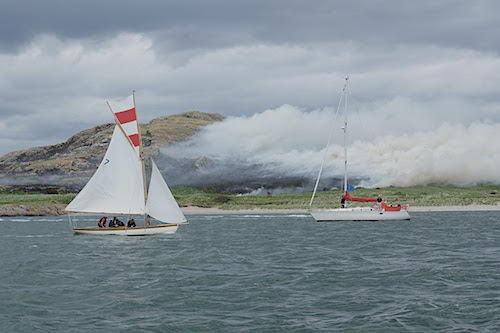 Cloaked by the smouldering fires on Ireland's Eye, the rescheduled Davy Lambay Races for the One-Design Puppeteer and Howth 17 classes were sailed in a warm westerly Force 3 breeze and idyllic conditions - a far cry from the original date that was cancelled earlier in the month.

PRO Peter McKenna set the boats off from an East Pier start line and westerly around Ireland's Eye, after which each of the crews would need to decide on which way to round Lambay Island, having been given the 'choice of course' on their Sailing Instructions.

Ten of the Seventeens started first and with the exception of a brave move by Marcus Lynch and John Curley on their 'Rita', the other nine boats chose a 'starboard rounding', eliminating the need to beat around the back of the notoriously tricky northern shore of Lambay.

No more than 3 boat lengths separated the first boats around the island - Oona, Aura and Isobel. But the dividing current from the strong flood tide favoured the westerly boats which quickly opened a substantial lead for Ian Malcolm's 'Aura' and Peter Courtney's 'Oona. It was 'Aura' that managed to get to the 'gate' at the Hub mark first and kept her lead to the finish in Howth Sound. Mary Faherty and her crew on the Association-owned 'Sheila' won the handicap prize.

Ten boats also competed in the Puppeteer Class and ten seconds before the start the AP was hoisted. Many boats presumed the race had started and promptly headed away down the sound. A RIB was sent to re-call the enthusiastic boats and PRO Peter McKenna got the re-start under way 10 minutes later. Robin Hegarty on Eclipse won the start and was first to the South Rowan and past the Martello Tower on Ireland’s Eye. The spinnakers were hoisted and then the most interesting part of the race happened - boats had to decide which way to round Lambay? It was a little after midday and high tide in Howth was 1500 hours.

The reach to Lambay was more comfortable for the port rounders, but they would have to beat round the back of the island. The starboard rounders just about kept the spinnakers flying, with a little help from the north going tide, to make the Burren Perch. They were rewarded with a light downwind leg at the back of Lambay and met the port rounding fleet approximately half way. The tide had turned well before 1330 at Lambay and the starboard rounding boats were advantaged by an east flowing tide. It’s always the same - the Lambay race seems to be won and lost at the back of the island! Returning to Howth, boats had to pass through a gate at the Hub mark. The starboard rounding boats were close hauled and had a short tack to get to the Hub. The port rounding boats had a tight reach to the Hub. Each side was keeping a close watch for the other group appearing round Lambay.

The first 2 boats to Hub, Ibis closely followed by Harlequin, had both chosen to round Lambay to Starboard. Next was Eclipse in third who had rounded Lambay to port. After Hub, it was a 2 sails close reach to finish in the sound, with no further change to the order of boats. Shiggy came in fourth on scratch. Cyprian Feeley on Cloud 9 won the Handicap division followed by Geppetto. Finishing at Ireland’s Eye, we observed the fire which was now quite extensive, despite the valiant efforts of the Fire Officers who were working hard to create a fire break. Many thanks to James Markey and his team for re-scheduling the Lambay race after it was blown out 2 weeks previously. 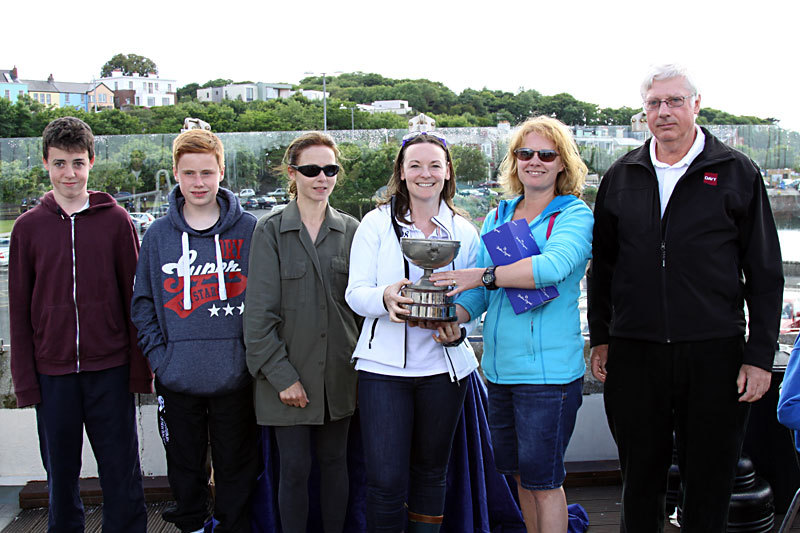 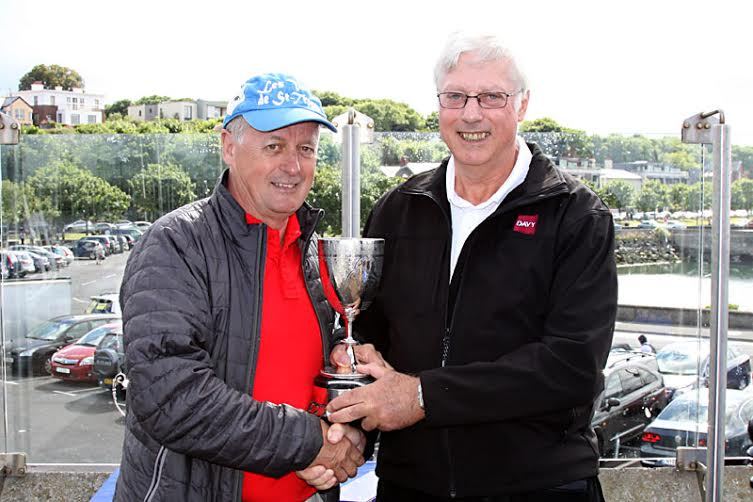