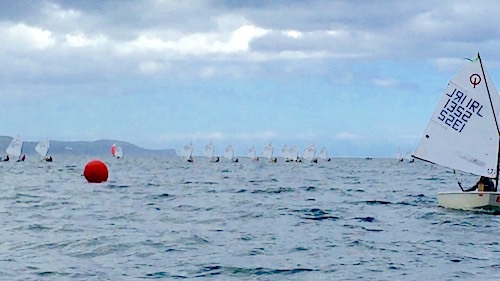 Last weekend twelve members of HYC's Optimist fleet headed north to Ballyholme Yacht Club to compete in IODAI's Ulster Championships. Saturday's racing was postponed for an hour in the hope that the stiff SW wind would die down but unfortunately it persisted for the day. At lunch time race officer Robin Grey made the call and cancelled racing for the day. On Sunday the boats were launched promptly and Robin managed to get in three races to successfully complete a series. 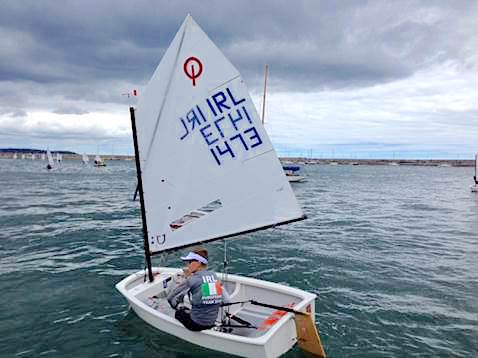 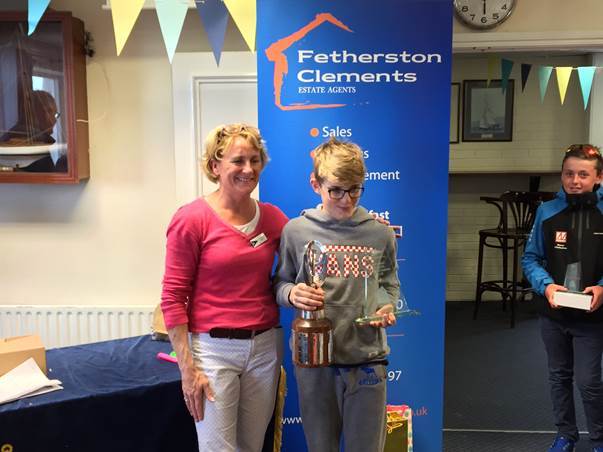 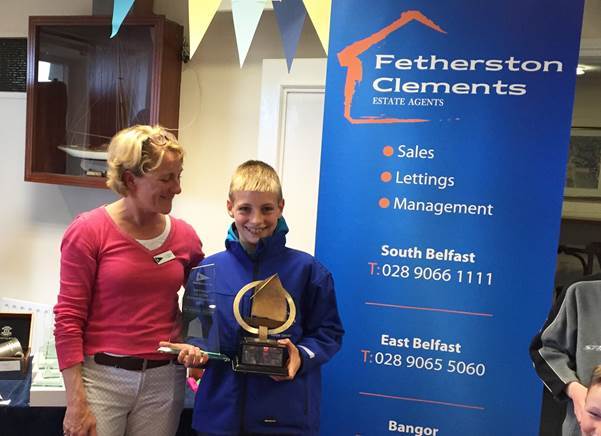 Conditions on Sunday were ideal for Regatta Fleet sailing and Alice Lacy & Johnny Flynn both finished in the top five with Johnny bagging 3rd and Alice 5th.

The hospitality in Ballyholme YC was second to none. All involved expressed their appreciation at how well the event was run. Next up, Connachts in Lough Ree in July....