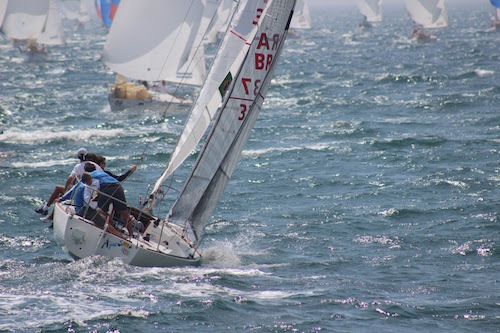 Racing at the J24 Europeans at Yacht Club Crusty Arzon was postponed for most of the day as the race committee were recording gusts of up to 37 knots. HYC's K25 team took the time on shore to go through their boat set-up with Will Welles, Mike Ingham and Stuart Jardine who have numerous World, European and North American Championship title wins between them. The Howth sailors now feel that we are getting a real handle on the conditions and that gains can be made.

They finally got out for a single race today for a 5 o'clock start when the breeze died down below 30 knots.

In what was the only race of the day, they did well off the line, holding their lane for the first half of the beat until tacking on the first shift, and rounding the windward mark in 5th. Survival mode kicked in when the earlier wind strengths of over 35 knots returned at the bottom of the first downwind. They did well to maintain their position, finishing in 8th, which sees them in 10th position overall going into the last day. With three races scheduled for tomorrow in light winds and a small points difference between those around them, including Brazillian sailor Maurico Santa Cruz in Bruschetta (4-time world champion and pictured above) who is only 5 points ahead, it's still all to play for… 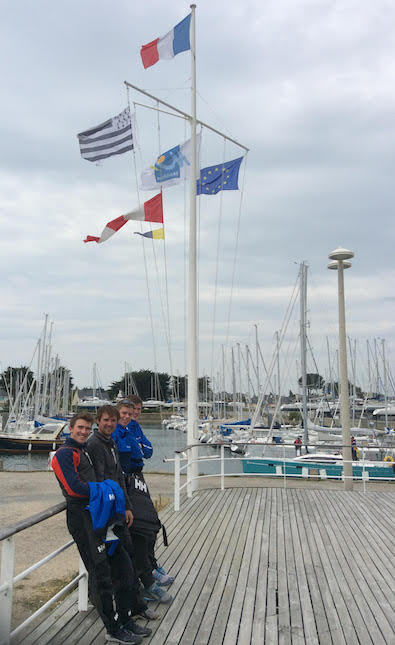