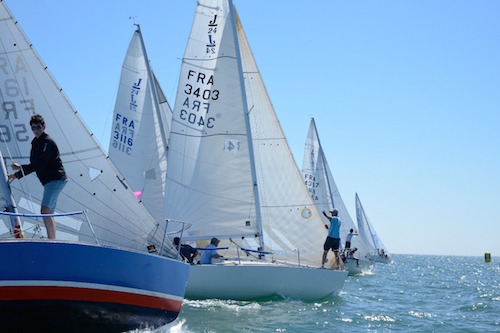 The first day of the J24 European Championships at Le Crouesty in France proved to be a 'mixed bag' for HYC's K25 team. Helmsman Cillian Dickson sent us the following report after racing: 'Three races were held in shifty offshore wind of over 25 knots. Race one was almost the perfect start to the regatta, our time spent training in heavy winds meant we were keeping pace with the fastest boats in the fleet. We rounded the last mark in 5th but lost places on the last race to cross the line 8th. In the 2nd race we worked our way into a similar position but coming into the first leeward mark we gybed and our gooseneck fitting broke, forcing us to retire. A quick repair got us back up and running for the final race of the day. It was a  tough race but a good last beat saw us finish in 12th.

We finish the day in 16th, carrying a DNF. There our plenty of improvements that can be made for the next three days with a similar wind speed forecasted we feel we can make gains.' 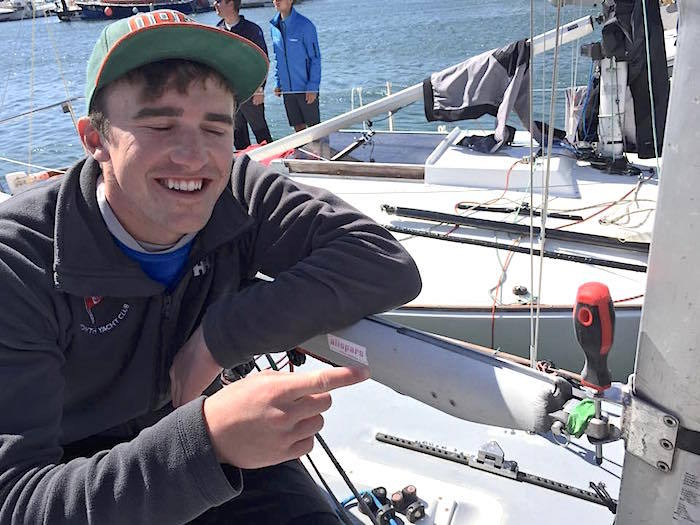