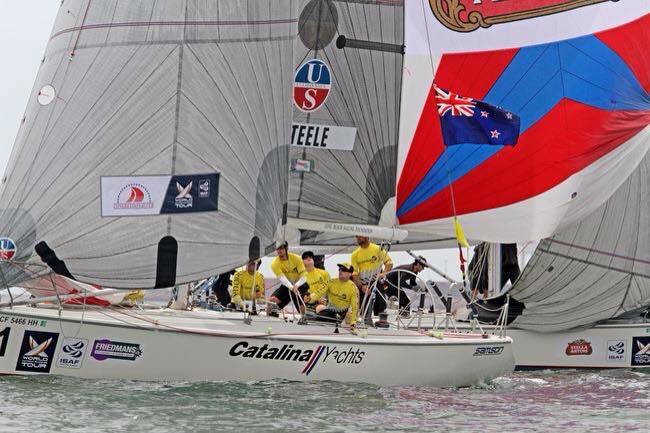 Having narrowly missed out on selection for a tour card Shane and the 36 Below Racing Team, with skipper Chris Steele of New Zealand headed to Long Beach California to compete in the Ficker Cup in early May. The event was a qualifier for the prestigious Congressional Cup to be held the following week. With the top two teams from the Ficker Cup qualifying for the Congressional Cup the objective was clear. The eight teams completed a double round robin in the fleet of evenly matched Catalina 37’s. After two days of racing 36 Below Racing came out on top of the qualifying series only losing 2 of their 14 matches. They went on to win their semi-final 2-0. With a berth in the Final awaiting the team were relieved to be assured at least a top two finish and an entry to the Congressional Cup. The final saw the team come up against the local favourite Dustin Durant and his Long Beach Match Racing Team. Their experience in the Catalina 37’s was not enough to overcome Steele and his 36 Below Racing team and they went on the win the finals 2-0 and take the Ficker Cup.

The Congressional Cup saw a big step up in the level of competition with most of the World’s Top Match racers in attendance, including current World champion Ian Williams and defending Congressional Cup champion, Taylor Canfield. Racing was held just off the end of Long Beach Pier which attracted a big crowd of spectators each day. 36 Below Racing had a strong start to the regatta winning 4 from 5 on the first day of racing. They went on the finish the round robin in 6th position with a record of 6-5 which guaranteed them a spot in the quarter finals. The team came up against fellow Kiwi Phil Robertson in the quarterfinal. Phil sailed three perfect races to take the series 3-0. Although disappointed not to make the semi-finals the team were pleased with their performance in a competitive field.  The event was eventually won by Taylor Canfield who beat Robertson 2-1 in a close final.

The World Match Racing Tour then moved to Langenargen, Germany with Scott Flanigan and Shane Diviney joining Mark Lees and his team from the U.K who received a wild card entry to the event. The regatta is known for its light and shifty race course making it extremely challenging to get the heavy Bavaria 40’s around the course. The team made an impressive start to their first World Match Racing Tour event with a strong showing in the round robin with a score of 6-5. This left them in 6th place and gave them a spot in the quarter finals. They came up against the very experienced team of Eric Monin and his crew from Switzerland. Monin’s experience prevailed as he did a better job of keeping the boat moving around the very light race track to take the series 3-0 in front of a spectator packed lake front. He went on to take second place at the regatta. The team were satisfied with their showing and finished a very credible 6th place.

It is only the beginning of a very busy season for both teams as they prepare to compete in a number of international regattas over the coming months. You can keep up to date with their progress on Facebook at 36 Below Racing and GBR Match Racing. 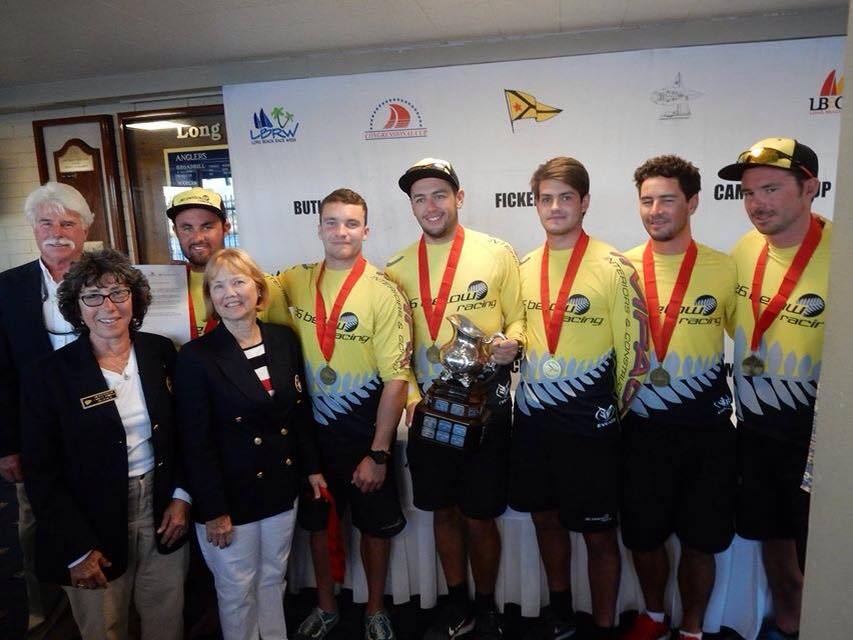 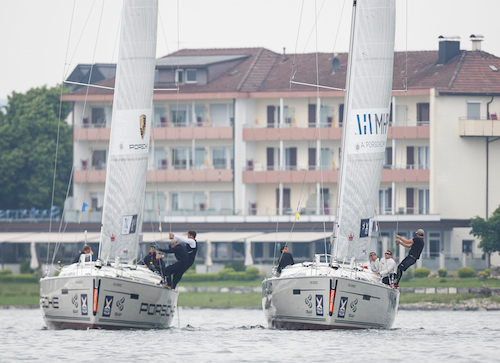