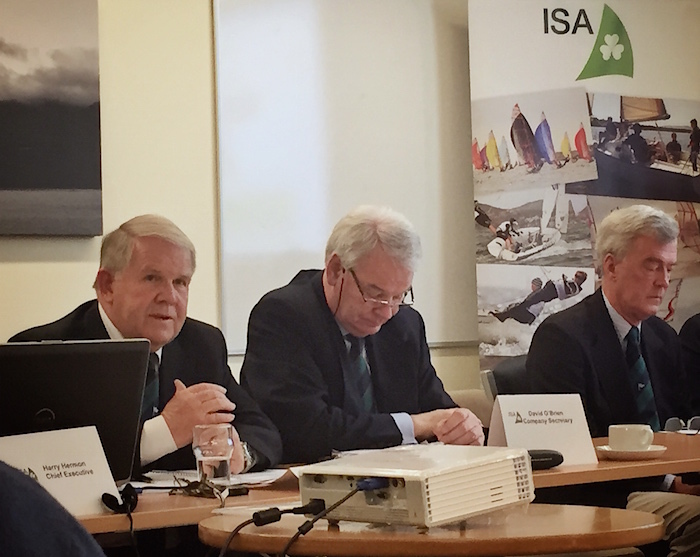 The Irish Sailing Association's AGM was held in Portlaoise on Saturday morning with a representative audience of about 30 stakeholders present from sailing clubs, classes and associations. The significant business of ratification of their 5-year strategic plan was passed following an hour-long discussion on a range of topics within the meeting. Strategic Review Group chairman Neil Murphy outlined some some small edits and clarifications from their original document as presented to clubs in the early months of this year. It was mentioned that the ISA plan to review many of their articles including a proposal to increase the size of the board by a further two people, in an effort to tackle the very heavy workload outlined in their strategic plan. Neil also stated that his team had added 'Representation' to the main pillars of their plan, acknowledging the importance of governmental and other lobbying in respect of sailing.

In his President's Report, David Lovegrove thanked his team and paid tribute to the past and present staff of the ISA following their difficult year of restructuring. He relayed that the momentum of change would continue and asked that the membership be cognisant of the ISA's inability to immediately deliver on everything included in their plan. He expressed that the recent increased volume of engagement with the ISA was recognised to be a positive sign and that members are willing to present issues and solutions on an ongoing basis.

The President also announced some new additions to the ISA's team in Park Road, including the soon-to-be appointed Communications & PR Officer as well as new Regional Development Officer Sarah-Louise Rossiter, who will be responsible for liaising with clubs on the east and south-east coasts in an effort to increase this resource for clubs nationwide.

The ISA's 'Try Sailing' initiative was launched and will be promoted nationally with a view to combining with 'Water Safety Week' on 15th-21st June.

ISA Treasurer Roger Bannon explained that the ISA is 37% funded by the Sports Council and suggested that this might be a cause for concern in the future. It means that there is little money generated for reinvestment, although recent cost savings and the sale of non-core assets has helped finances. He also heralded that membership levels have stabilised following a reduction of about 20% in recent years.

Following the (annual) election of President, it was announced that Philip Cowman and Mike O'Connor were stepping down and RCYC's Paddy McGlade and HYC's Robert Dix were added to the board in their place. 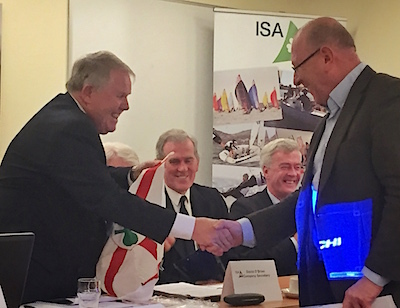