'Blue is the colour' for the HYC Optimist Performance Group 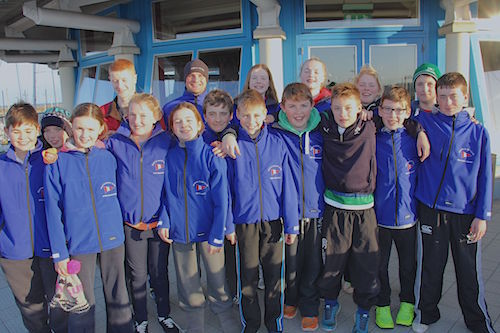 The HYC Optimist performance group are just over half way through their winter training programme.  They have had regular weekend training with 2 coaches Michael Gryglewski Poland and Mark Condy from HYC.  There is a great turnout with between 13-15 sailors at each training session. The performance group have just finished their Christmas break and now all the sailors are gearing up for the IODAI Baltimore Training week. The performance group will then have 2 more weekend sessions before Optimist Trials in April in RCYC.  As part of their regular training sessions the coaches incorporate some team racing and HYC hopes to have some competitive team racers to enter the Vice Presidents Team Racing Trophy which HYC are hosting in June.  The performance group took delivery of their fabulous blue team jackets which arrived at Christmas.