How the Frostbites got its name! 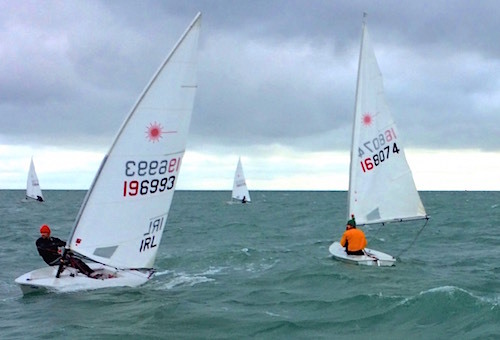 January - the rain water that settled on the laser fleet during the week has frozen. There's 17 knots from the nor'west, which will later increase to 25 gusting 30 with a right shift into the north proper. The chillblains in your hands and sleet against your face are doing nothing for the weekend's dull pain behind the eyes (the early on-set of middle age). You haven't even launched yet.

And so it was for the brave men and woman on day 3 of the laser spring series. We begin with launching. What a spectacle. One sailor (who'll remain nameless, untill later) after launching was seen heading downwind toward the crane platform without a rudder. Another (reportedly the class captain) had to launch twice after getting stuck in irons and drifting back onto the slip.

Race 3 began in 17 knots with a committee-boat bias, and was followed by a very one-sided beat as the whole fleet went left to get out of an ebb-tide. A two tack beat for the leaders, and Ronan Cull rounded mark 1 in first place, which was the last we saw of him. He was followed by a group consisting of Dan 'Handsom-man' O'Connell, Ronan Kenneally, Conor Costello, Paul 'Nordy' McMahon, and Stephen Quinn. Leg 2 was a broad reach in nice wind and waves, and the big angles paid for those that found the groove.

The breeze increased into the mid-twenties for the 2nd half of the race, but by then the top guns had found the pace and pulled away. Cull won by some margin, followed by Kenneally, O'Connell, and Conor Costello who scored his first top-five result after 6 or 7 years competing in the frostbites! Fifth was Ed Rice, after a good come-back from a slow start.

In the Radials, Ewan McMahon won after being over a minute late for the start.  Alex Kavanagh raced unopposed in his 4.7.

Planing downwind in the harbour at 10 knots and heading for the lee-shore slip raised the same question for everyone: 'how am I going to do this?' Zander Mackay elegantly came in hot, hit a guest, capsized just off the slip, and glided in beautifully. Ewan MacMahon de-rigged his boom on the crane platform, capzised getting back into his boat, and was pulled around the side of the slip by his mast as he pushed from behind. But recovery of the day goes to Dan O'Connell, who de-rigged his mainsheet half way down the harbour and floated straight onto the slip, bow first, and jumped out in knee-high water. Thanks to all who stayed back on the cold slip to catch the in-coming lasers, and well done to all who made it out today. 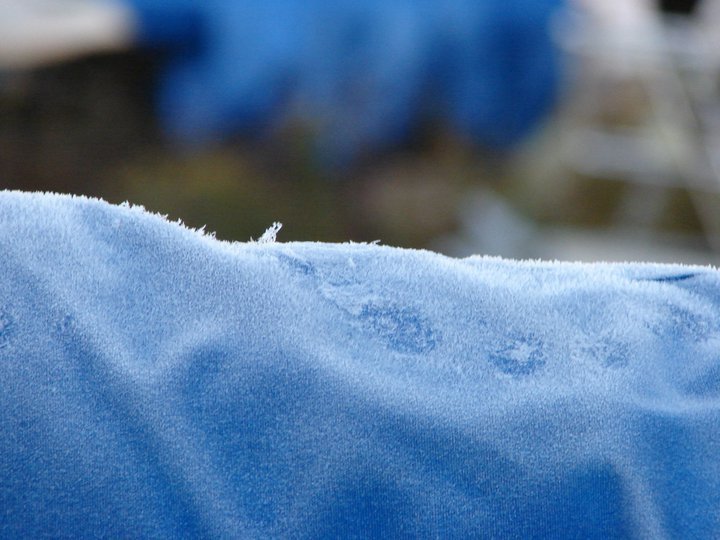