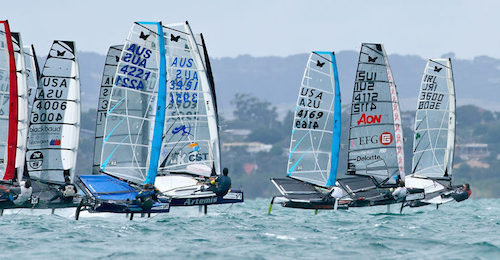 Emirates Team New Zealand sailor Peter Burling won the 2015 Moth Worlds in Sorrento, Australia on Friday following his domination of the event with 9 race wins in the 14 race series. “There are some great guys in this record fleet, I am absolutely stoked to win,” said World 49er Champion Burling who will have little time to celebrate and is then heading to the ISAF Sailing World Cup in Miami, then it’s back to America’s Cup duties.

Howth’s own Alistair Kissane and NYC’s Annalise Murphy finished in 58th and 56th place respectively, out of the 158 entries. Their results were made all the more significant when 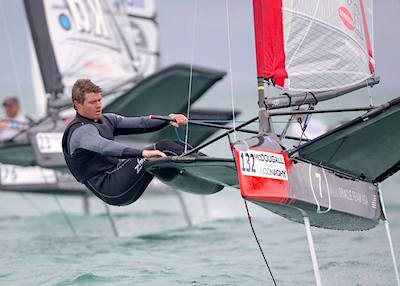 taking account of the quality of entries at the event in Sorrento Sailing Couta Boat Club – including 5 members of the Americas Cup winning Oracle USA team, sailors from the Artemis and Emirates teams, world champions and Olympic gold medalists including Tom Slingsby who sailed with John Bertrand to win the Etchells Worlds in Howth in 2010.

Alistair managed a very steady set of results including 26th and 20th place in the final 2 races. He spent 6 hours repairing his Moth before the final day – a product of racing these foiling boats in the high wind and sea conditions that were prevalent in the latter part of the championships.

See a full report and video footage at: www.mothworlds.org/sorrento/ 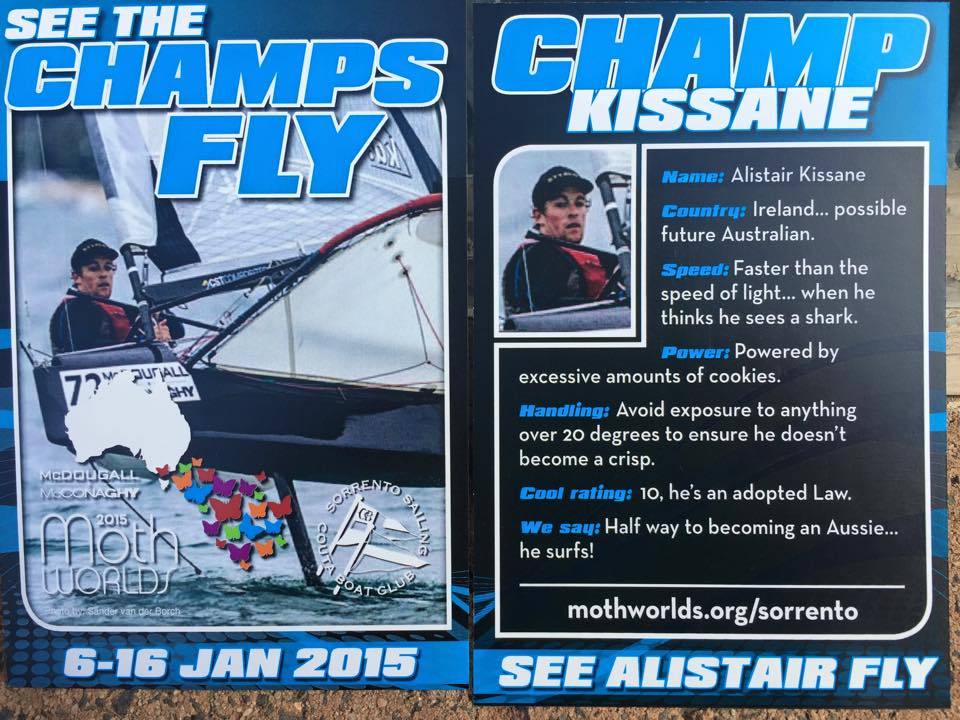