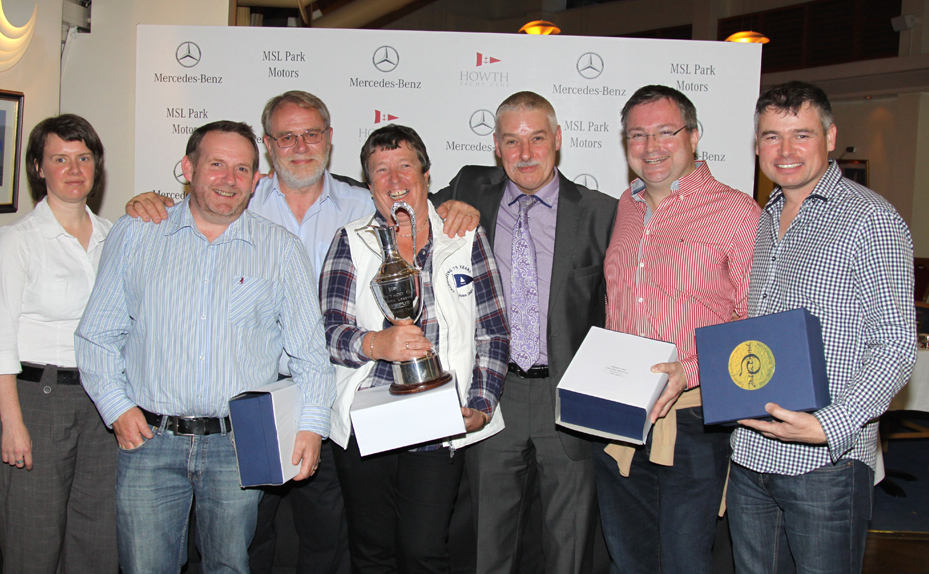 While rights on some of the silverware had already been secured in the previous week, the boats within the 9 participating classes engaged in a fiercely competitive finish to this series which saw Scorie Walls and Declan Browne's Puppeteer Gold Dust win the Heineken Trophy for the overall prize and the 3-boat team of Rita (Howth 17), Harmony (Class 2) and Gold Dust win the Olympus Trophy team prize. (Above photo) 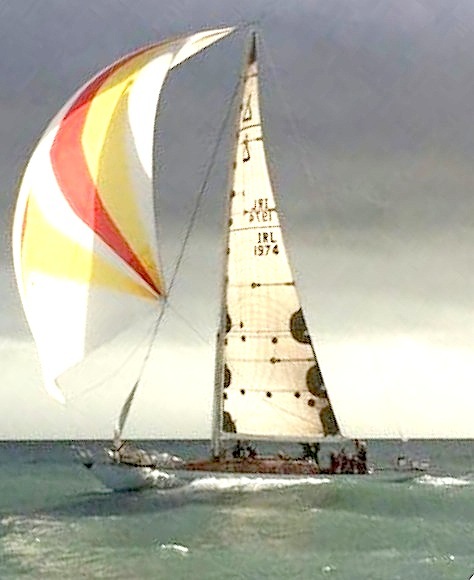 The forecasted strong wind with gale gusts led some teams to stay ashore on Saturday morning, but those that went to sea were treated with superb racing conditions for the 90-120 minute courses. The one-design fleet was led by the ISA J80 Sailfleet class and a race win for the Phelan/ Sheridan/ Knowles partnership secured them the title from the Flynn/ Buckley boat. In the Puppeteer class, the aforementioned Gold Dust won their final race and the result meant that their margin of 6 points over second-placed Trick or Treat (Alan Pearson) was enough to win the overall regatta prize. In the handicap division, Cyprian Feeley's Cloud 9 took the honours from Susan Sheridan's Ibis which finished level on points but Cloud 9's two race wins early in the series ensured their winning separation from Ibis.

The Squibs travelled to the inland regatta at Lough Derg, so their standings from last week's race remained as final. (Fergus O'Kelly's Selik winning on scratch and Ronan McDonnell's Fantome won the handicap prize). Having to do penalty turns early in the Howth 17's race ensured that Brian & Conor Turvey's Isobel put itself out of contention with event winners Rita (Marcus Lynch and John Curley) - the 116 year old did enough to take the scratch prize. Mary Faherty's Sheila won the handicap prize, despite finishing the last race with a DNF (did not finish).

Sailing due east of the one-design courses, the cruiser classes raced in stronger winds and bigger seas and Pat Kelly with his team on Storm revelled in the conditions, securing their 5th win in Class 1 IRC while ICRA Commodore Norbert Reilly and Alan Chambers' Crazy Horse won the ECHO prize. Their 3rd win in Class 2 IRC placed Anthony Gore Grimes and his crew on Dux firmly on the winner's podium. Findlater Viking (Kevin Darmody and Mark Patterson) won the ECHO trophy.

An excellent race win by the HYC Under 25 Keelboat team on Kilcullen was not enough to steal the Class 3 IRC prize despite finishing on the same points as Vince Gaffney's Alliance II as the latter team's 2 race wins in the series afforded them the trophy. Lionel McMurtry's Hellyhunter won the ECHO prize by just half a point from Jonathan Wormald and Sean Walsh's Stagefright.

A 4th place finish in the last race by Colm Bermingham's Bite the Bullet helped Tiger (Frank Hughes and Stephen Harris) win Class 4 IRC, but the Tiger team also did it in style by winning the final race. David Sargent's Indulgence had won the ECHO trophy after 5 races and they were happy to take a 2nd place in the last race to complete a very successful series. 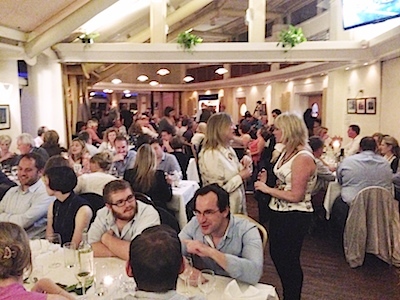 and his event team as well as all the competitors for taking part in the very successful event and looked forward to growing their relationship with Howth Yacht Club with this event in the coming 2 years. Commodore Brian Turvey thanked the sponsors and said that they had added real value to the event and had integrated seamlessly with the club. MSL Park Motors Mercedes-Benz also ran a prize draw in aid of the RNLI - to which they donated €1500 in respect of all the entries to the draw. A further competition and draw for 2 GoPro cameras in aid of St Francis Hospice raised €1785 including a substantial donation by the sponsors. 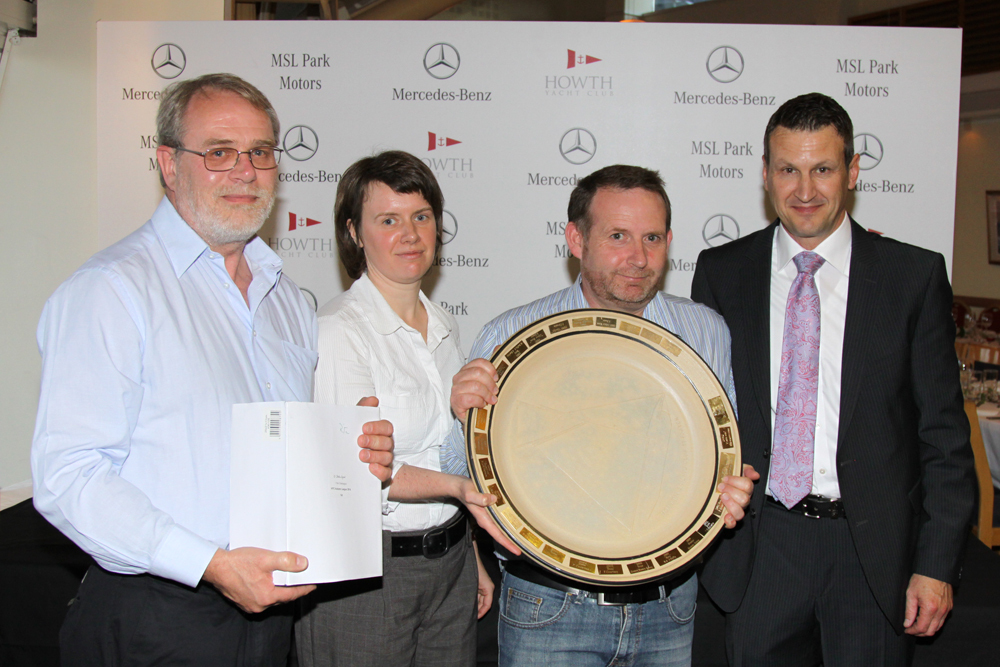 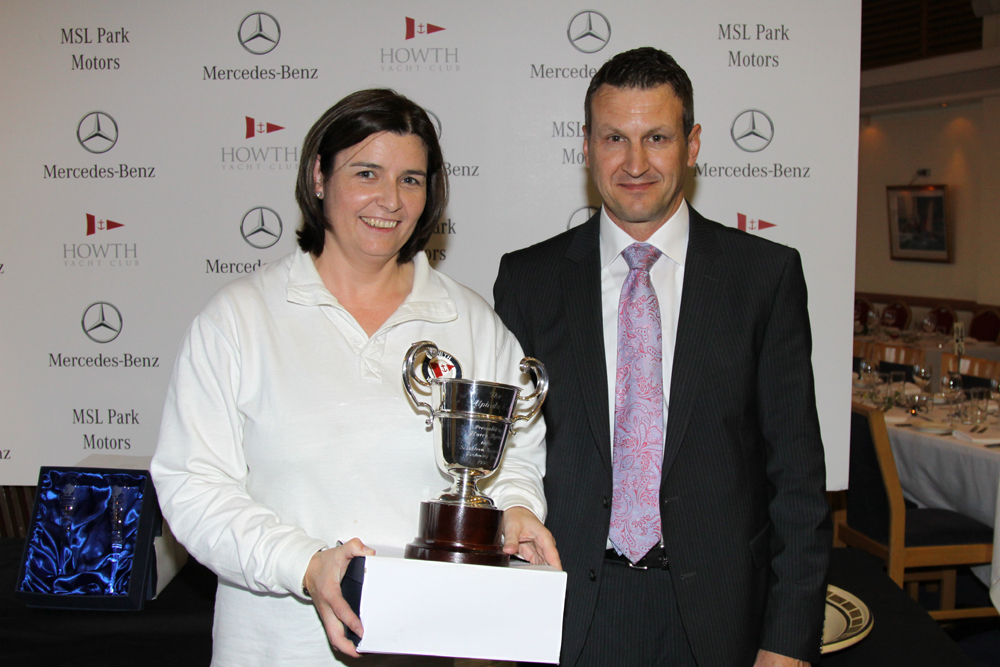 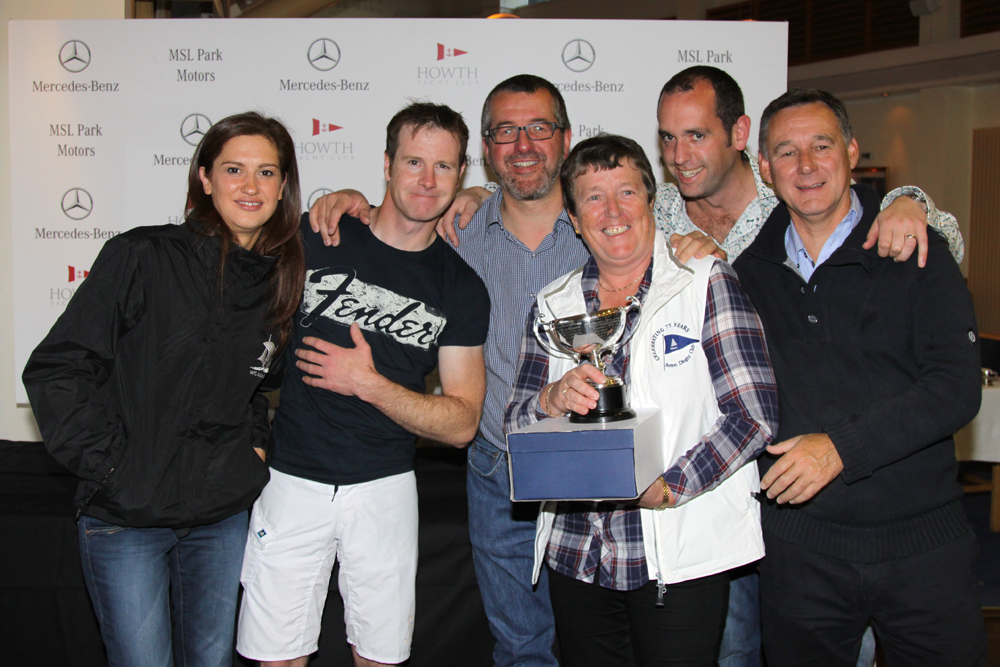 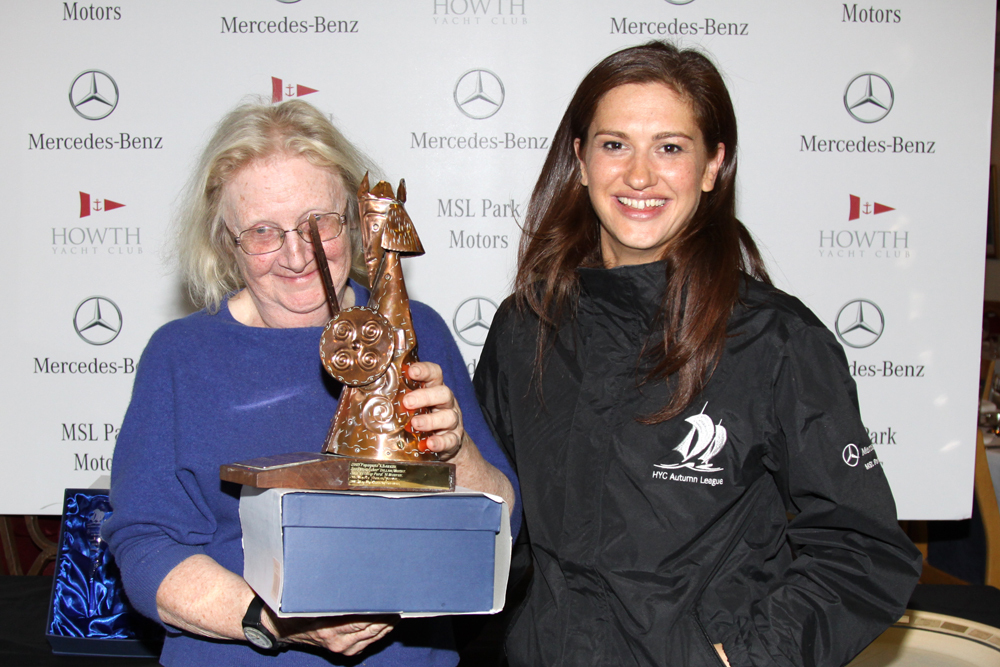 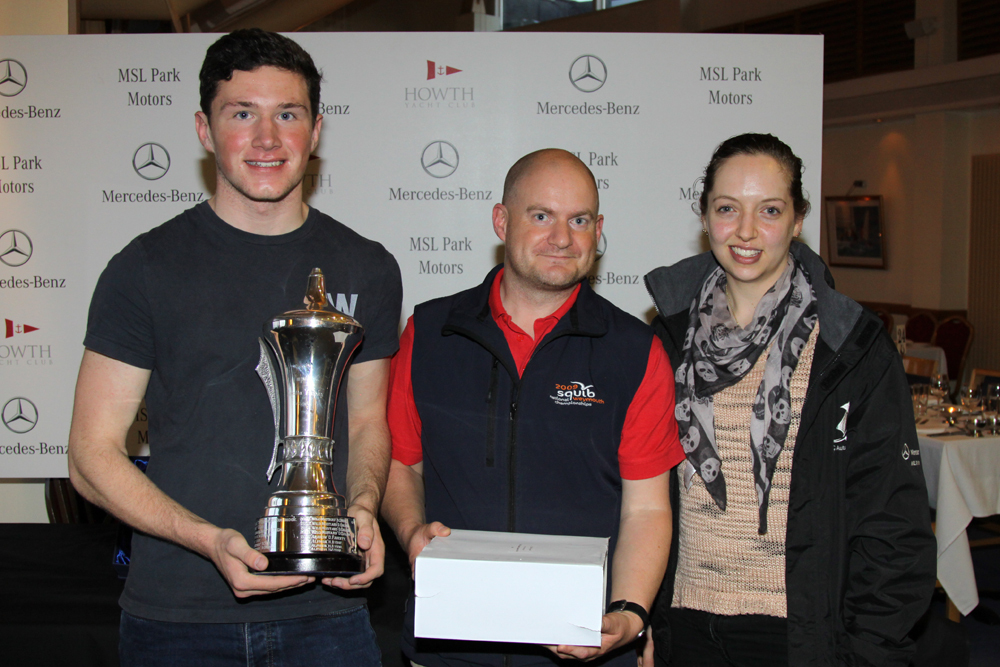 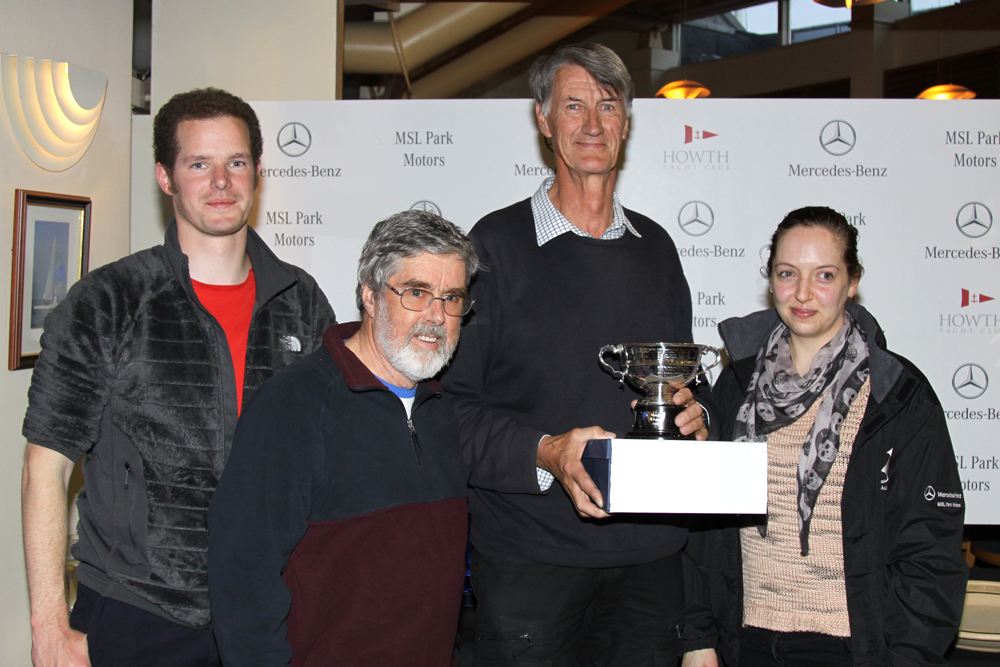 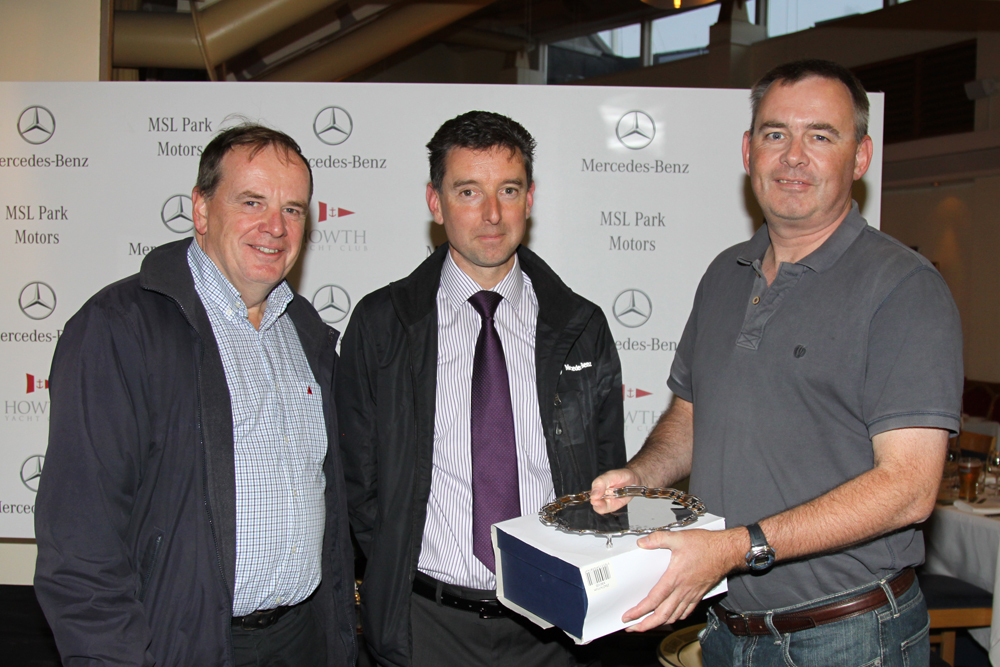 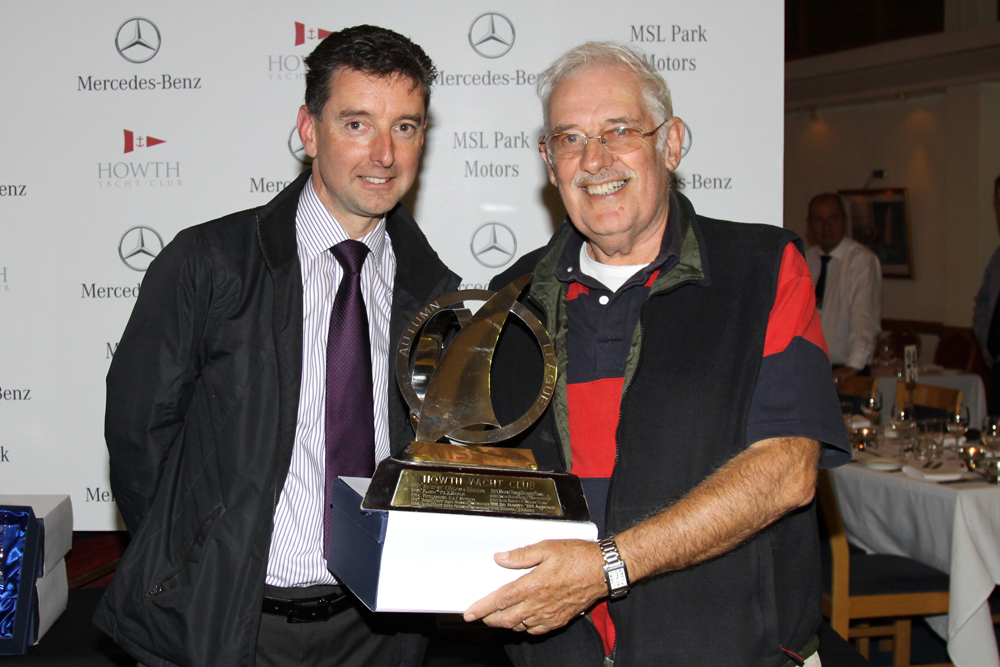 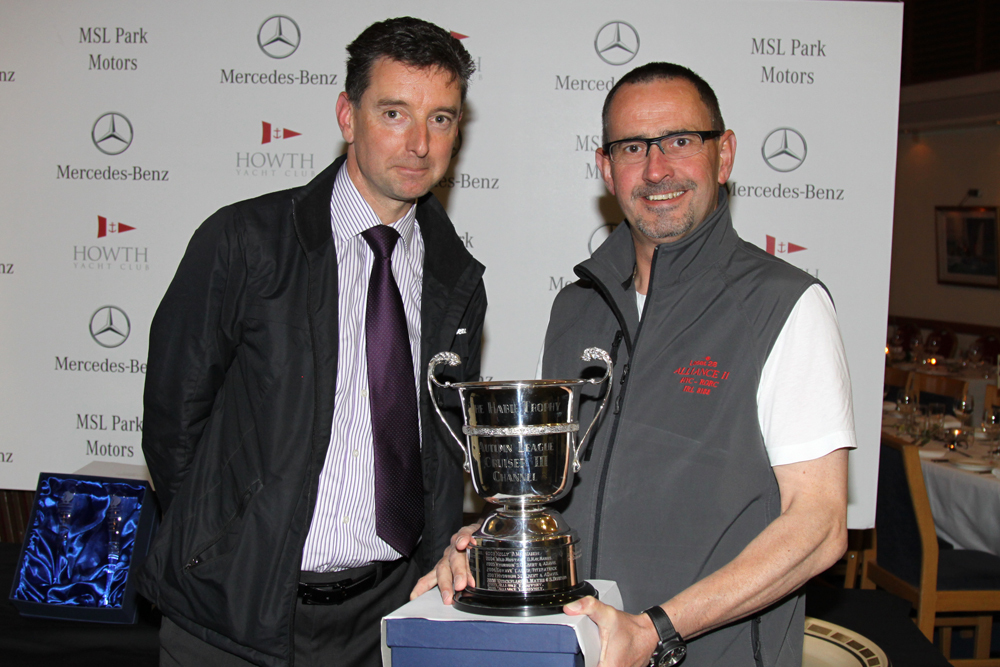 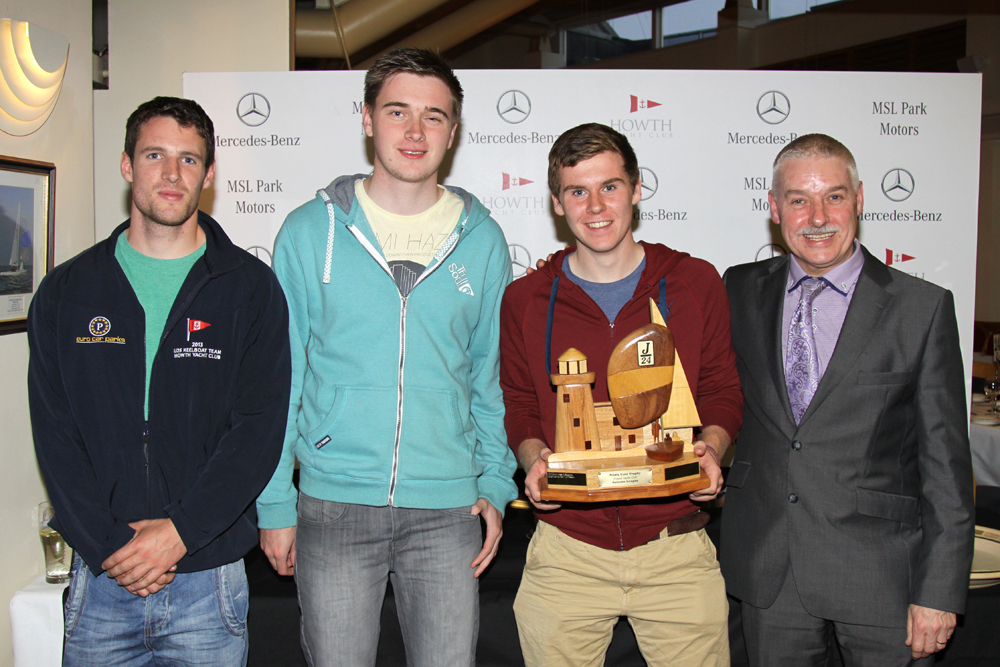 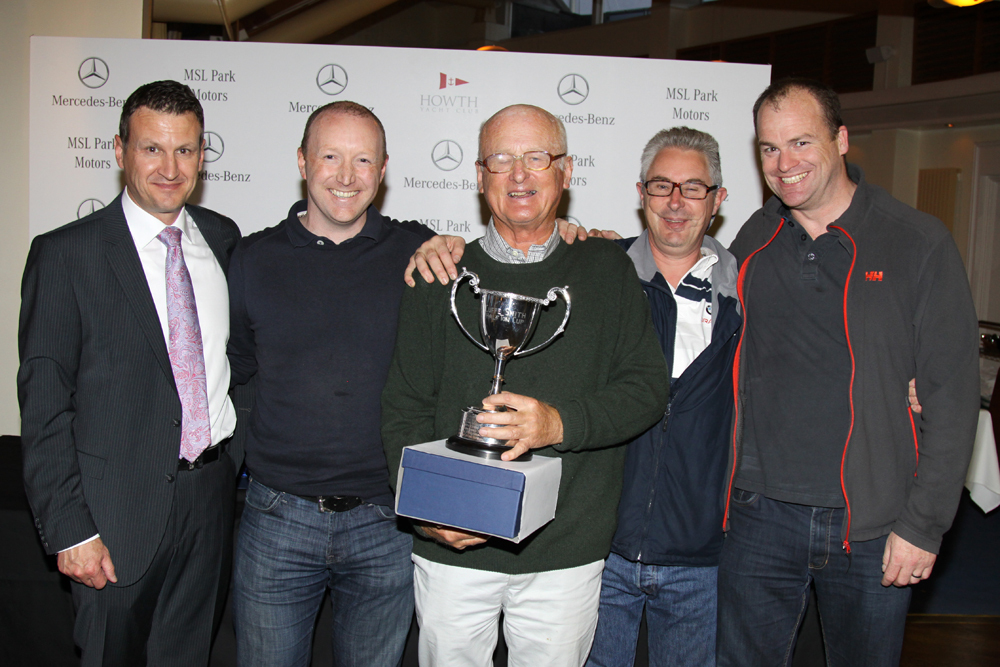 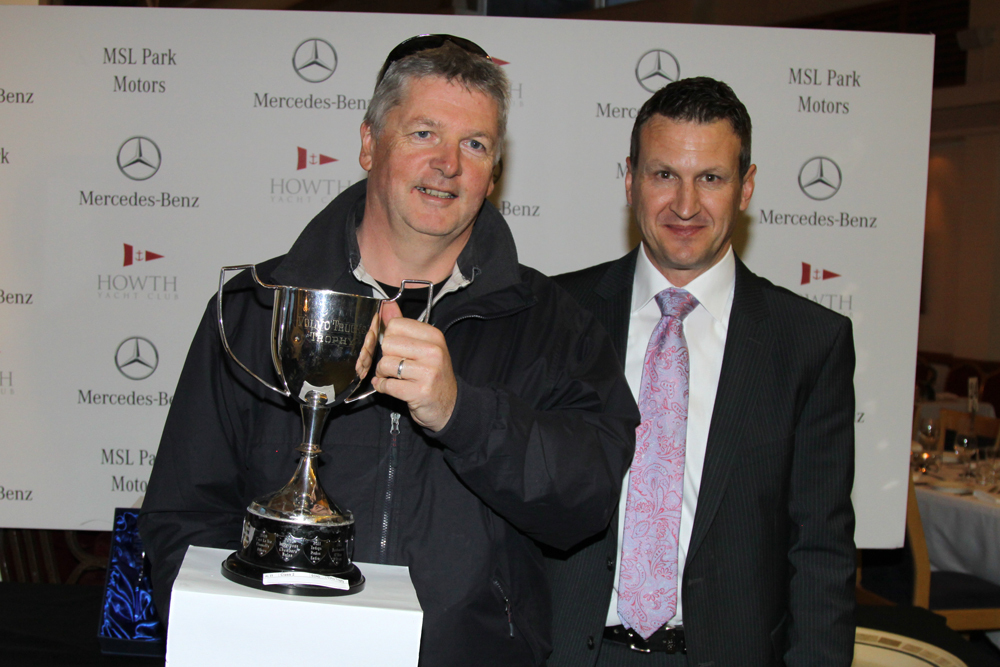 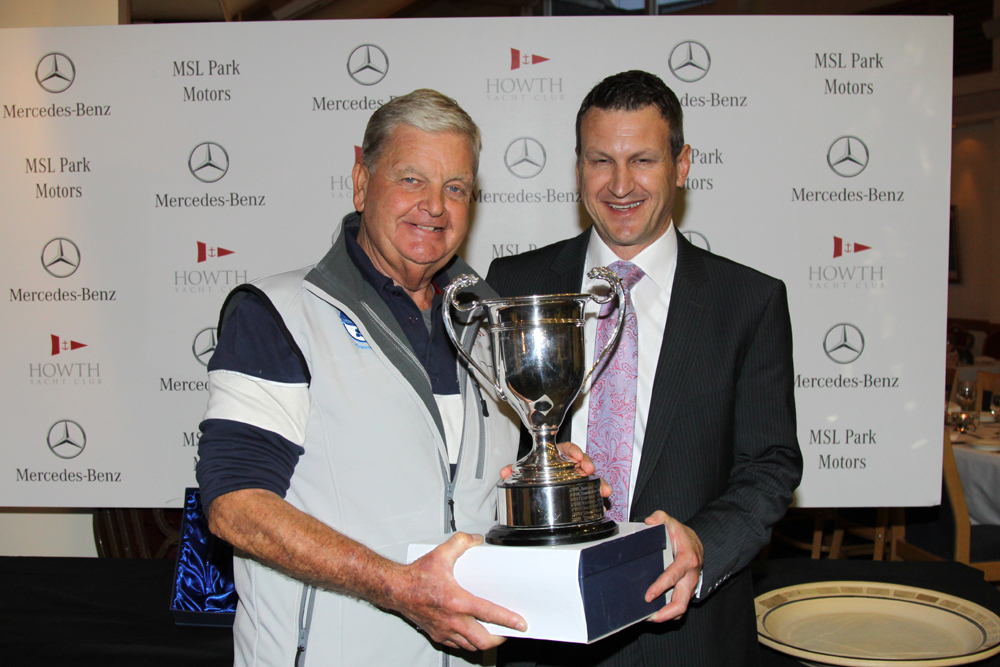 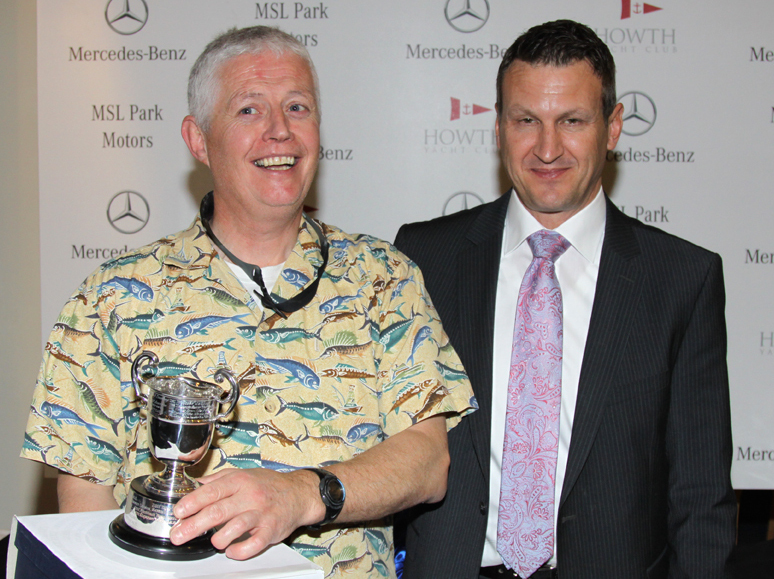 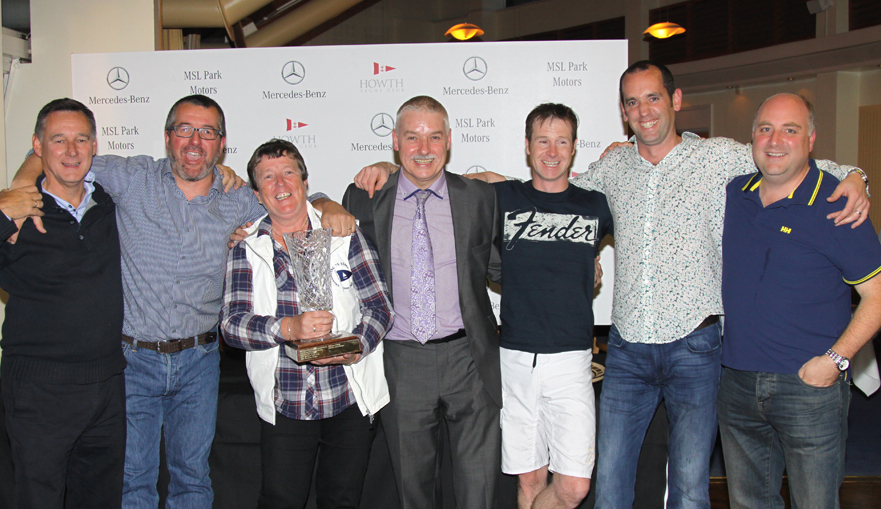 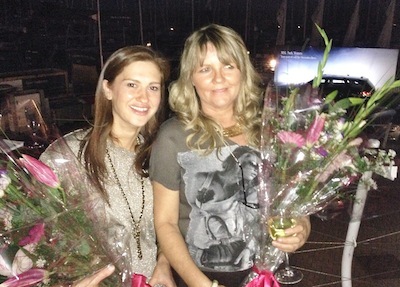 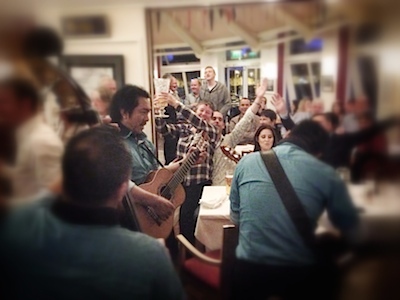