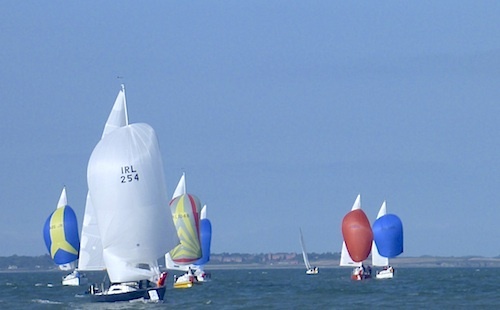 Almost 100 keelboats raced in Howth’s idyllic conditions on Saturday for the second weekend of the MSL Park Motors Autumn League. Competitors enjoyed bright sunshine and the steady 10-13 knots of north-easterly wind enabled the two race management teams to challenge the nine participating classes with the finest selection of ‘round-the–cans’ courses.

The initial rolling swell on the racecourse was smoothened by the advancing flood tide and HYC Race Officers Derek Bothwell and Rupert Jeffares wasted no time in setting their planned 2-hour races for all classes, including some additional time on the water for the Class 3 participants.

Pat Kelly and his team on their J109 Storm have wasted no time in declaring their intent and suggested to the race organising team that there should be a good selection of X-Large MSL Park Motors Mercedes-Benz race winner jackets and shirts in stock for their confident and ‘bulky’ crew, this following their second race win in Class 1 IRC and ECHO.  The conditions have been ideally suited to the half-tonners and J24s in Classes 2 & 3 respectively where the Evans brothers’ The Big Picture and Brian McDowell’s Scandal have dominated the top of the leaderboard, although HYC Past Commodore Anthony Gore Grimes’ Dux is keeping the pressure on within Class 2.

On the start line in Class 4, HYC’s Honorary Treasurer David Sargent in Indulgence counted on great boat speed to recover from being trapped On-Course-Side of the start line to win again on ECHO, while the IRC division is likely to become a hard-fought affair – with Stephen Harris and Frank Hughes’ Tiger winning this weeks prize.

In Class 5, Kevin O’Byrne and his crew on Mary Ellen continue their recent event form with a win in the highly competitive ECHO division, while Emmet Dalton’s Jebus was securing its second win on IRC.

The one-design keelboat classes settled into their racing after an initial general recall for the J80s. A race win in the ISA Sailfleet J80 class for John Phelan’s team put them on a 3-way tie for the lead in a fleet that saw recently qualified 2016 Olympian Annalise Murphy join Alistair Kissane’s team for this race.

Gold Dust and Cloud 9 emerged from the busiest start-line of the day winning the scratch and handicap honours in the Puppeteer class and both consolidating their positions at the top of those leaderboards.

While protest chairmen Neil Murphy and Ed Alcock were kept busy with their jury teams in the Protest Rooms, the fine weather afforded HYC’s entertainment and catering teams to extend their afternoon offering of BBQ’s and outdoor live music late into the evening. Event Chairman Feargal Kinsella explained that ‘this helps consolidate the decisions of our organising team to both raise the profile of the event in conjunction with sponsors MSL Park Motors Mercedes Benz and to provide the very best racing and social offering for our competitors and their guests.’

The series continues for another 4 weeks, finishing on Saturday 18th October.

The new billboard on Howth Yacht Club's prominent gable wall has led to this interesting article by our own WM Nixon on Afloat.ie: 'Howth's Maritime History is Brought Centre Stage' 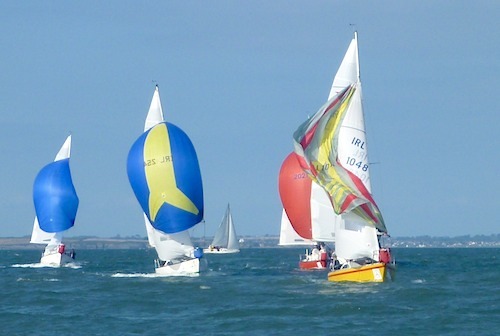 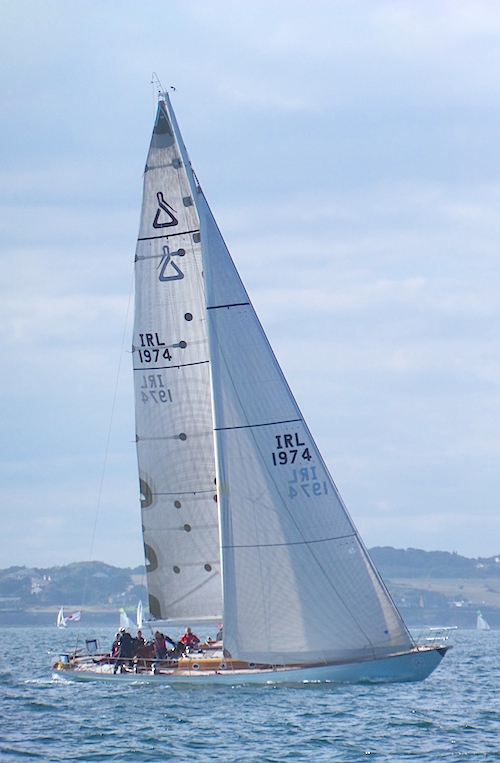 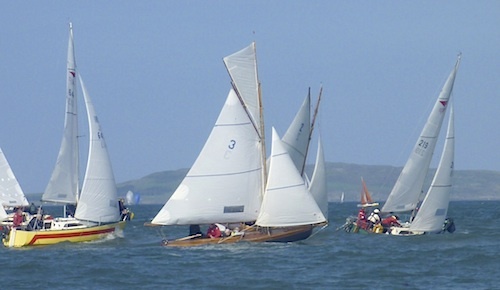 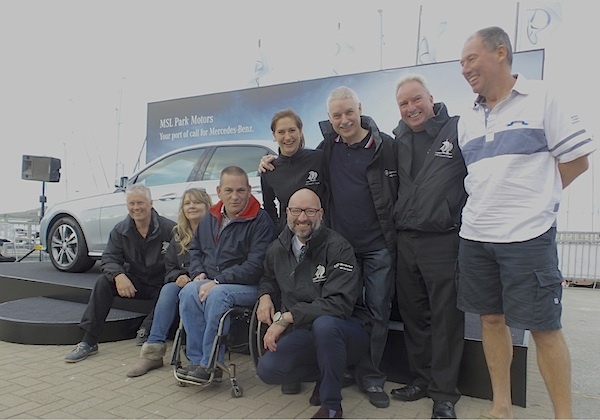 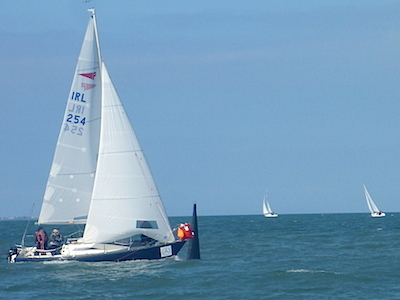 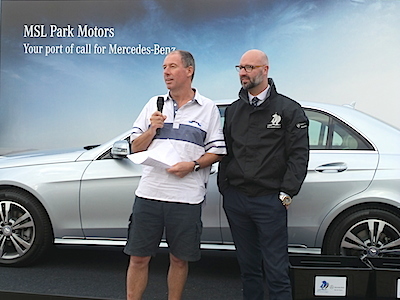 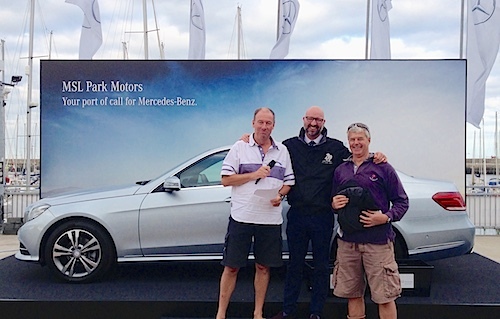 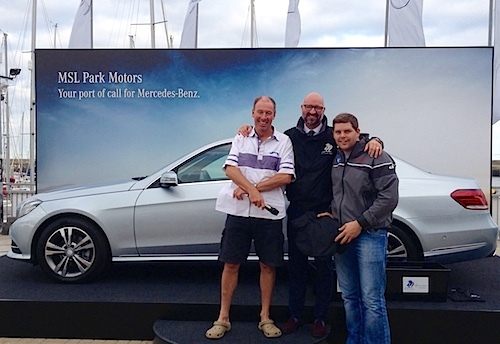 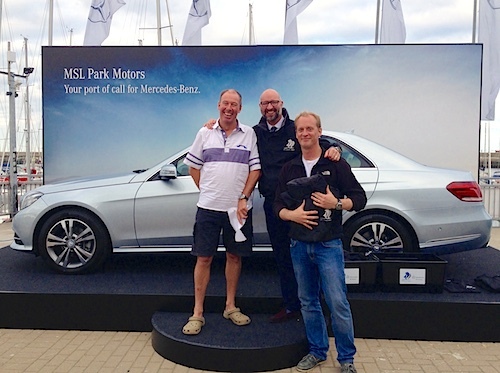 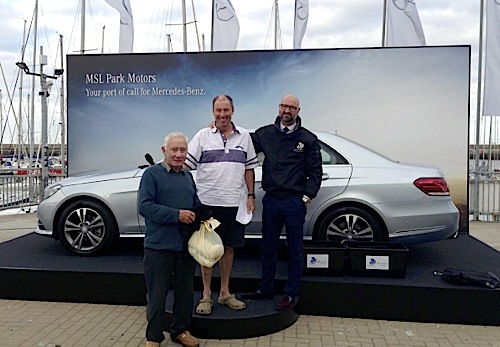 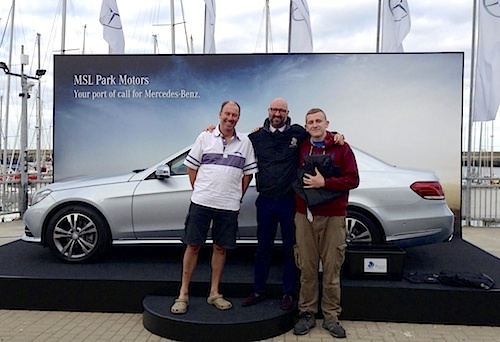 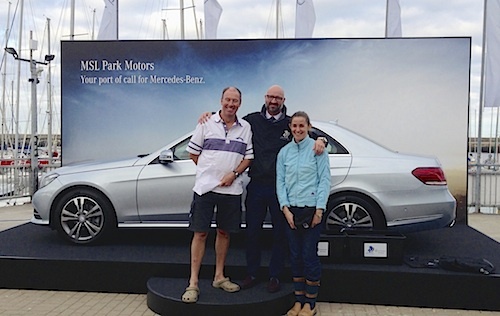 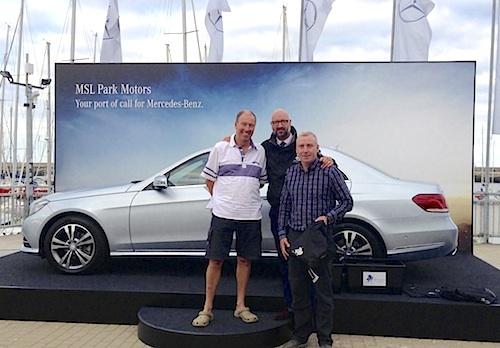 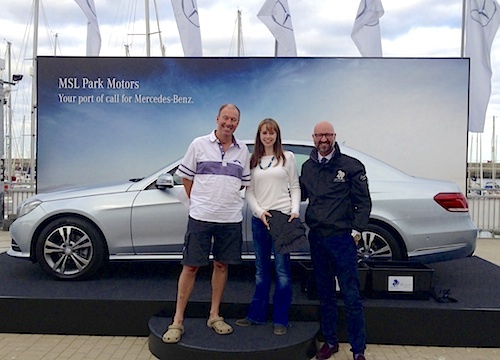 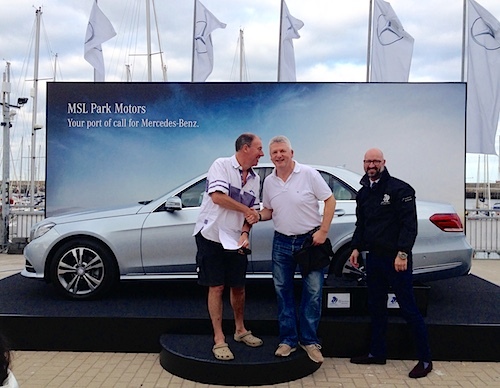 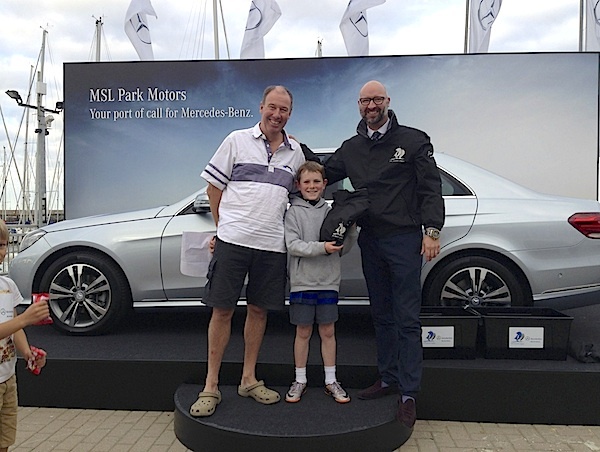 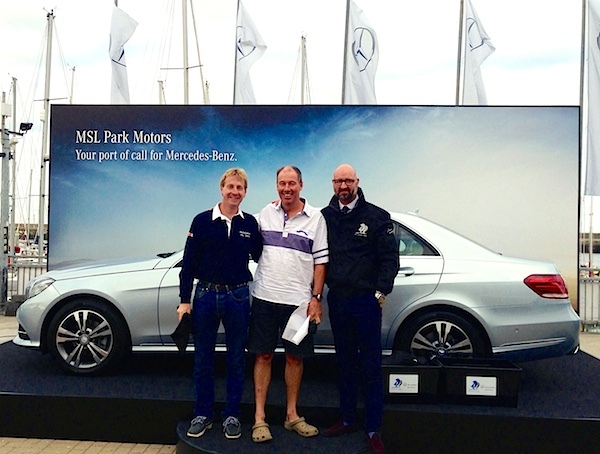