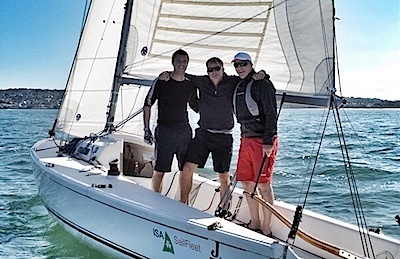 Anthony O’Leary – the 'Commodore’s Cup powerhouse' – has been crowned 2014 ISA All Ireland Sailing Champion. With a HYC crew of Dylan Gannon and Dan O'Grady, Anthony has beaten fellow Corkonian Stefan Hyde on count-back following a two day, 12 race battle against 15 other national class champions. The Royal Cork sailor has competed in the Championship numerous times but to date had never been able to bring home the coveted Helmsman Trophy. He and his sons Peter and Nicholas have now won the championship a record breaking combined six times. 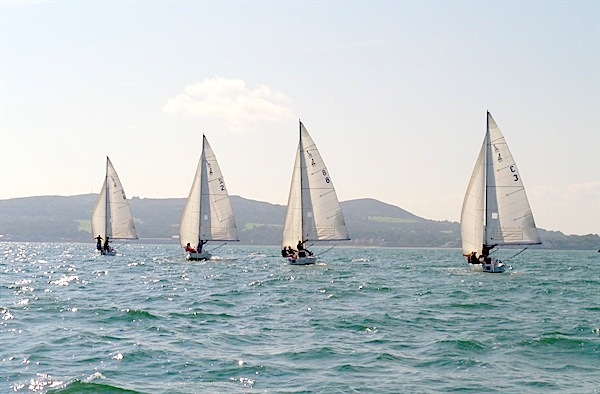 Beautiful sunshine and a breeze of 10-12 knots again awaited the sailors today (07 September) for the finale of the ISA All Ireland Sailing Championship hosted by Howth Yacht Club. First to take to the waters north of the harbour were the eight sailors competing in the repechage for the remaining two Final spots.

Local sailor Conor Turvey and J24 Champion Flor O’Driscoll finished Race 1 at the top of the leader board. O’Driscoll went on to win Race 2, and the repechage, to qualify him for the Final but a penalty for Turvey cost him the remaining place. Ultimately it was consistency that paid off for Clontarf’s Pat O’Neill. His 3, 3 earned him the eighth place in the Final.

Royal Cork’s Anthony O’Leary stormed into the lead in Race 1 of the Final and just could not be caught. He rounded each mark in pole position to take the win and push him to the top of the leader board. O’Leary was tailed by Pat O’Neill and RS200 sailor Alex Barry but fellow Corkonian Stefan Hyde’s 4th was enough to keep him in 2nd place overall with defending champion Ben Duncan only a point behind in 3rd. 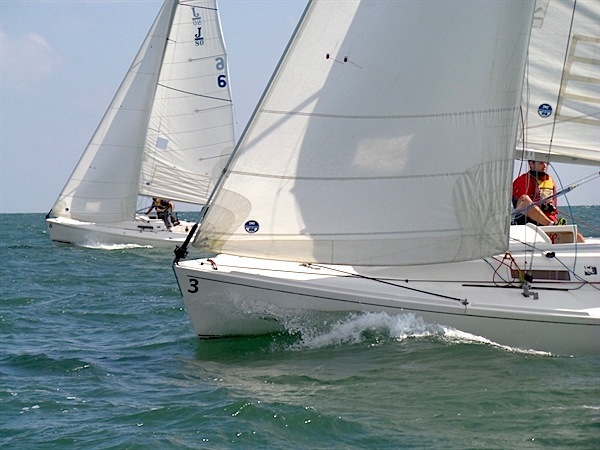 There was a significant shift in the leader board after the second race. Stefan Hyde, Anthony O’Leary and a third Cork sailor; Alex Barry were first to cross the line. This resulted in a Cork takeover of the top four places with overnight leader Ian Nagle rounding off the domination by moving up to 4th. Duncan pulled in his worst result of the championship and even the discard couldn’t save him from dropping to 7th overall.

The penultimate race couldn’t have been closer. All eight competitors were neck and neck throughout, jostling positions. In a shock result Stefan Hyde finished in last place but he discarded to hold on to the top spot. Alex Barry had his second consecutive bullet followed by Pat O’Neill who finished in 2nd place for the second time in three races. Now only 3.5 points separated the top four sailors in a Cork dominated fleet.

The wind dropped off to about 7 knots for the final deciding race. Again, it was so close that the positions changed frequently. At the first mark, Anthony O’Leary was at the back of the fleet but he then led around the second mark. Alex Barry, who had been 3rd around the first mark, dropped to the back of the fleet rounding the final mark. But O’Leary and his crew Dylan Gannon and Dan O’Grady could feel the win. They maintained their lead, crossed the line two places ahead of Stefan Hyde, tied them on points, and won on count-back in what was undoubtedly the closet fought All Irelands in many years. Hyde and his crew Jerry and Jimmy Dowling ultimately took Silver and Alex Barry, Sandy Rimmington, Lisa Neary and Patrick Good claimed Bronze.