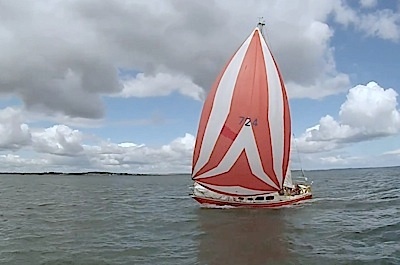 HYC was delighted to host the 2014 Shipman National Championships on Friday and Saturday (22nd & 23rd August) when Christine Heath's 'Gusto' from the Royal St George Yacht Club took top prize from Peter Beamish's 'Poppy' on a count-back following a close fought series of races over the two days.

In his speech at the prize giving dinner in the club, Class Commodore George Miller thanked the race management team under PRO Harry Gallagher for their running of the racing and John Doran who chaired the event management team. Commodore Brian Turvey said that HYC was delighted to be asked to host the event again for this prolific class, thanking the Shipman Association for their generosity in inviting the HYC team to their dinner.