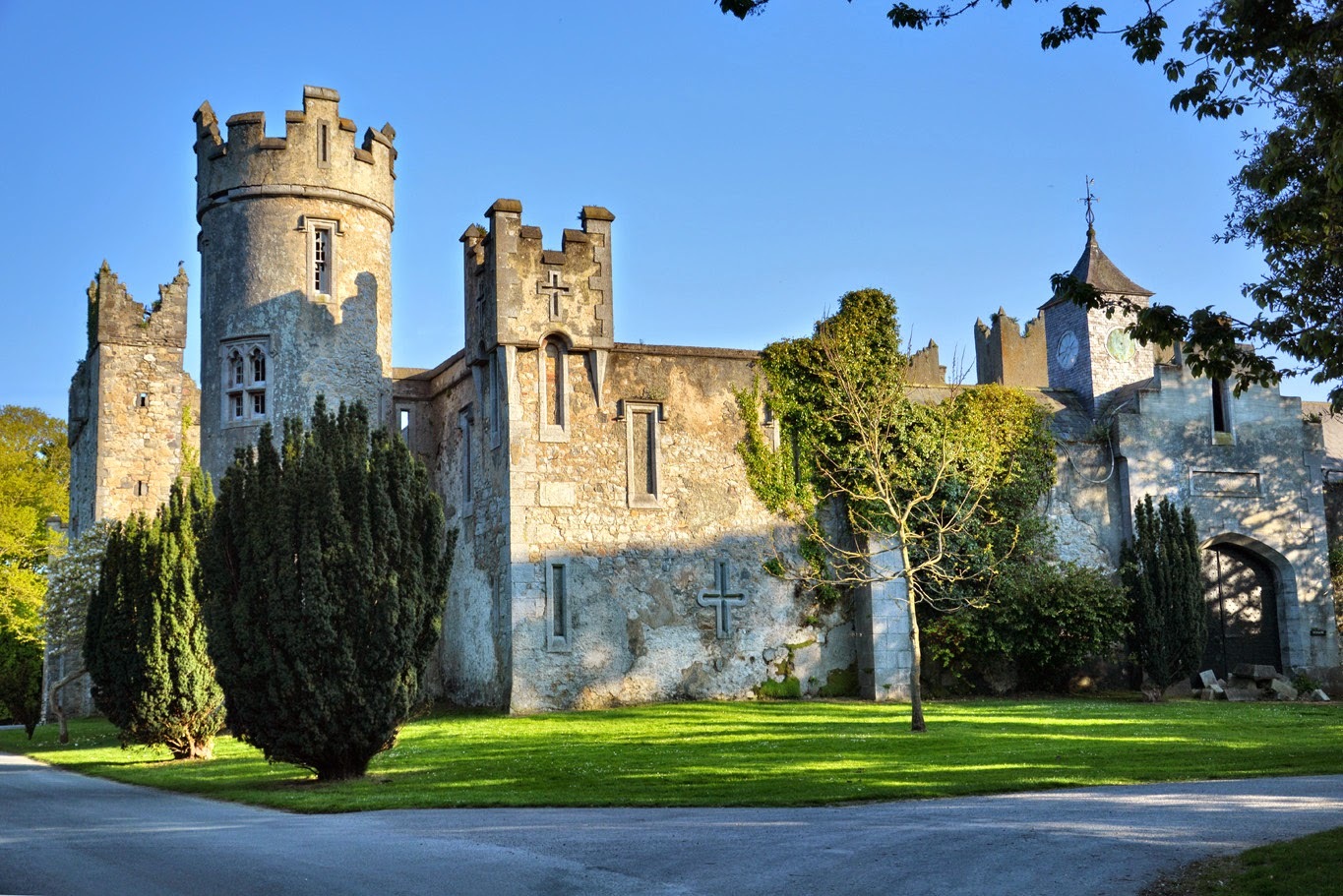 Howth Castle has been the stronghold of the St. Lawrence family for hundreds of years. Initially a timber fort was built on Tower Hill before a permanent stone-walled Norman castle was constructed.

The residence gradually evolved over the centuries into a palatial mansion. The architect Sir Edwin Lutyens restyled the current castle built in 1464. Howth Castle is possibly the oldest family home in Ireland.

The St Lawrence family steered their way unscathed through the Middle Ages, Tudor, Elizabethan, Jacobean, Commonwealth and Restoration periods of British and Irish history. The St. Lawrences retained their titles and lands while their contemporaries declined and their castles and estates were destroyed.

Sir Armoricus Tristram of Normandy defeated the Vikings in battle at Howth on St. Lawrence Day, 10th August 1177 and adopted the name as a result. The family subsequently became hereditary rulers of Howth. In the centuries that followed, the Crown was preoccupied with fighting the Crusades, war with France and various civil wars. Meanwhile, Norman families who settled in Ireland gradually merged with the Gaelic Irish and adopted their customs and language.

In time Norman influence was largely confined to the area around Dublin known as the Pale, defended by strongholds such as Howth Castle.

The St. Lawrence family remained loyal to the Crown. Protestant settlers were planted in Ireland leading to repeated Irish rebellions. The final defeat of the Gaelic Irish and the Old English family dynasties came in the 16th and 17th centuries.

The Protestant ascendancy, including the St Lawrences, controlled Ireland until the late 19th century when Irish nationalists challenged their power. In the 19th century, Thomas St Lawrence, 3rd Earl of Howth, served as Lord Lieutenant of Ireland (1851-1874).

William St Lawrence, 4th Earl of Howth, served as an MP for Galway Borough and became elevated to the peerage as Baron Howth in 1881. When he died in 1909, the barony and earldom of Howth lapsed and were assumed by royal license by his nephew Julian Gaisford.

During the period when many of the remaining castles and houses of the Anglo-Irish landed families were destroyed by republicans, Howth Castle remained untouched.

In 1576, it is said that after the pirate Grace O'Malley was refused entry to Howth Castle, she captured the Earl of Howth's grandson. He was released on condition that in future, unexpected visitors would be recieved at Howth Castle. The St. Lawrence family proudly continued this tradition for centuries.

Burke's describes Howth Castle as being a rambling and romantic castle on the Hill of Howth, which forms part of the northern side of Dublin Bay. It is basically a massive medieval keep, with corner towers crenellated in the Irish "crow-step" fashion, to which additions have been made through its 800 years. 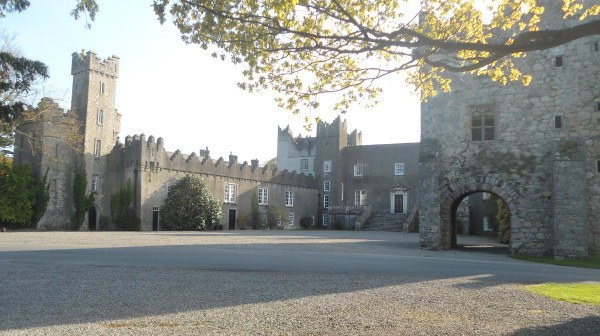 It has its origins in medieval times. In 1177 Almeric, the first Lord of Howth, came to Ireland with John de Courcy.

Legend has it that on 10th August, the feast-day of St Lawrence, at Evora Bridge, close to the Church of Ireland church he won a victory which secured him possession of the Howth peninsula.

In gratitude for this he is said to have taken the name of St Lawrence. His descendants still own and live in the castle.

Almeric built his castle of wood above the harbour but it is evident from a deed that by 1235 a new castle had been built on the present site in the middle of the fertile land. This again would have been built in wood. The earliest extant parts of the present structure date from the mid-fifteenth century.

The house has been extensively altered by succeeding generations to adapt it to their times, most notably in 1738, when the house took on its current appearance and again in 1911 when Sir Edwin Lutyens renovated and added to the house.

It is still possible to see evidence of the alterations that have been made and infer what was there before. This gives a remarkable insight into how historic houses evolved in Ireland over the centuries.

The current building is not the original Howth Castle, which was on the high slopes by the village and the sea. The English architect Sir Edwin Lutyens restyled a 14th century castle built here, overlooking Dublin Bay.

Parts of the original bawn and towers survive though mainly encased in later additions – the large gateway tower is illustrated here. During 1910-11 he added or renovated the tower, loggia, corridors, library, and a chapel. He added a three-bay two-storey library block, built 1910 in tower house form, with basement and dormer attic. 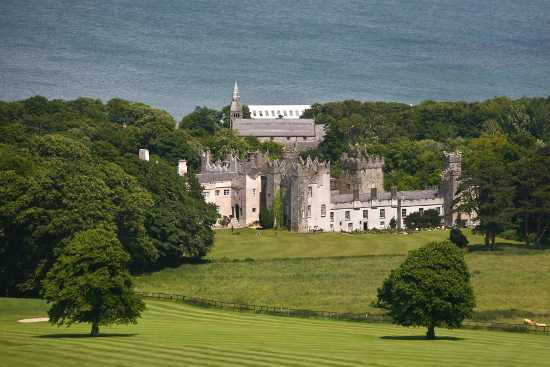 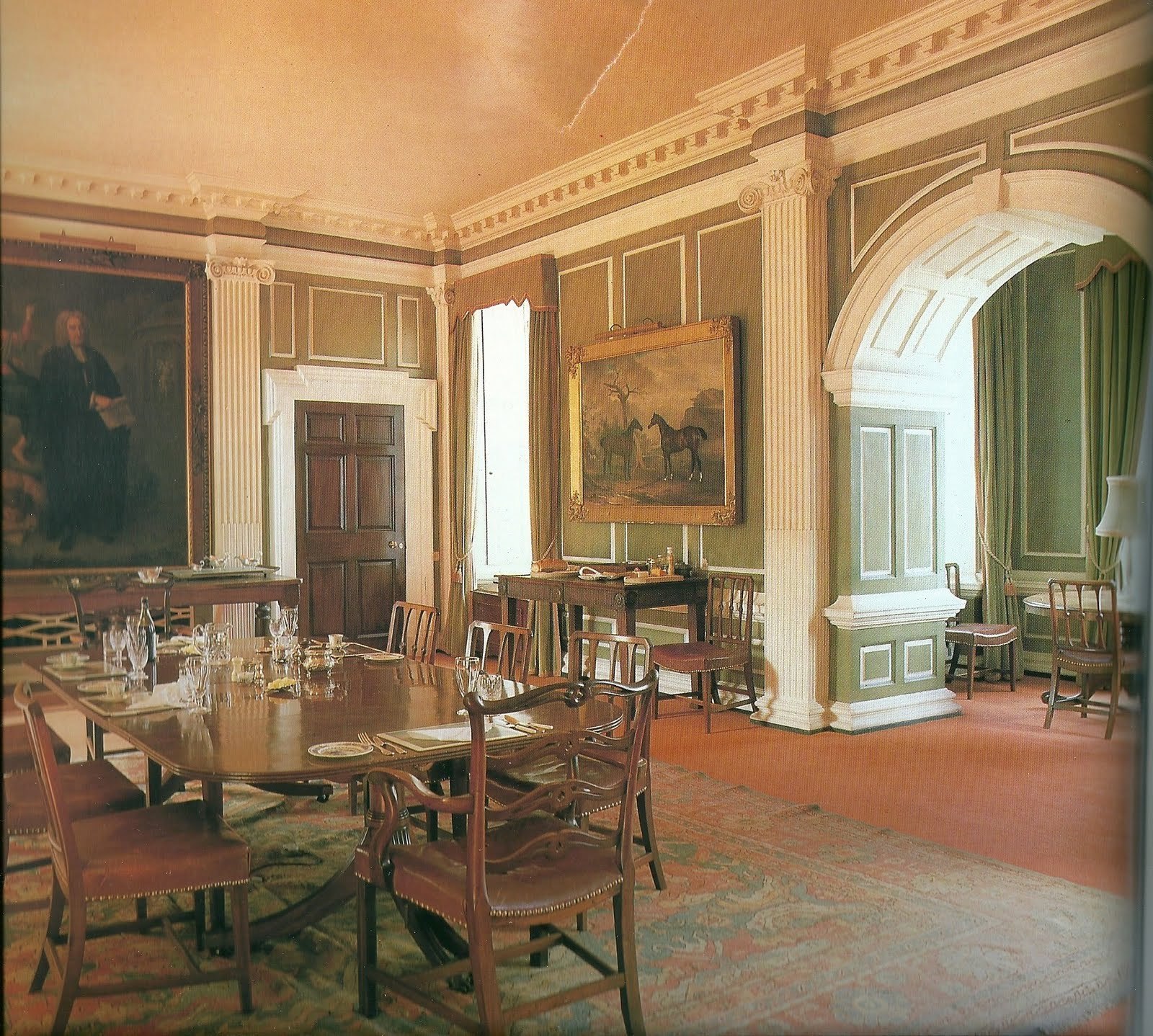 Principal rooms of note include the dining-room, the library and the chapel. 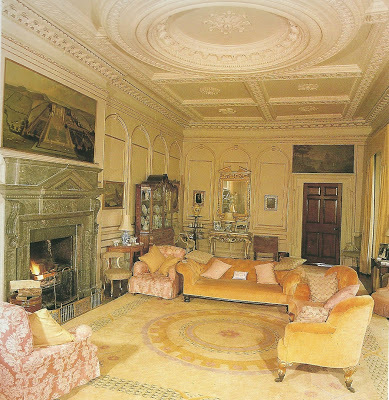 Howth Castle remains the private residence of the Gaisford-St Lawrence family. The house is not normally open to the public, but the family recognises that there is an understandable interest in it and its contents. The fact that the house has been home to the same family for so long is what makes it unique. Unlike many other houses of its size it is not a museum or a hotel but a home.

The Kitchen in the Castle Cookery School, which operates from the original Georgian kitchen in the house gives a wide range of courses and demonstrations through the year.

In 1892 Rosa Mulholland referred to the grounds thus:-

“Back on the lower land you must visit the ancient demesne of the Earl of Howth, where a quaint old castle stands in a prim garden with swan-inhabited pond, and plashing fountain, encircled by dark beautiful woods full of lofty cathedral-like aisles, moss carpeted, and echoing with the cawing of rooks."

In recent years, the 17th classical landscape was totally obliterated to make for a golf course. The grounds are noted for the wild rhododendron gardens, which are open to the public in summer and some of the oldest, planted in 1710, beech hedges.

The castle itself is not open to the public. The "Kitchen in the Castle Cookery School" is based in the restored Georgian kitchens of Howth Castle.

The National Transport Museum of Ireland is located in the grounds of the castle. It features lorries, trucks, fire engines and tractors.

Also within the grounds are the Deer Park Hotel and its associated golf courses.