The J24 European Championships makes berth at HYC this weekend 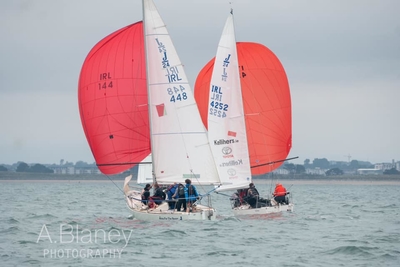 The countdown is on! When Howth Yacht Club was selected to host the J24 European Championships back in 2019, the wait for the 2021 regatta already seemed too long. Now, after delays due to the pandemic, waiting just a few more days for this world class racing event feels almost unbearable. But we're nearly there, and the J24 European Championships will be all the better for the it, as the regatta is shaping up to be one of the best ever.

With over 30 boats from as far away as the Nautical Club of Palaio Faliro and as close as our own harbour, the J24 European Championships will be a celebratory affair, with the onshore activities as thrilling as the events on the water. Don't miss Monday's opening ceremony, or the practice race at 2pm, before the official racing kicks off on Tuesday. 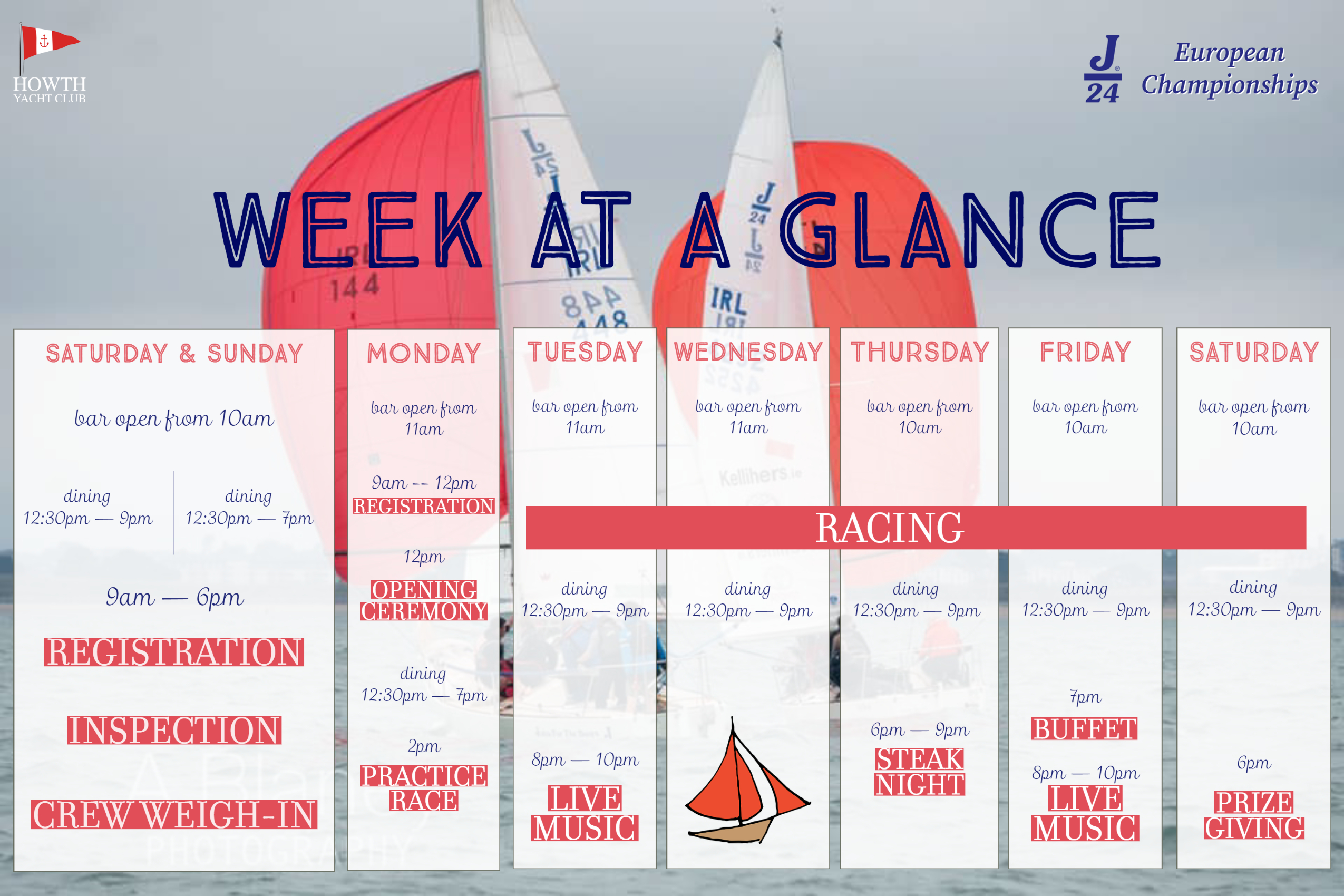 Howth Yacht Club is delighted to host several nights of entertainment for sailors and supporters alike; join us on Tuesday evening for a traditional Irish singalong with band The Dublin Rovers, and mussels provided by Blackshell Farm in Westport, Co. Mayo. Thursday is HYC's famous Steak Night, where two starters, two mains, and a bottle of wine are only €59. on Friday, trad rock band The Bogs will bring the house down...hopefully not literally, as Saturday brings a final day of racing and the prize giving ceremony at 6pm. For more details on the entertainment, racing, and hospitality during the J24 European Championships, please visit the regatta's homepage.