A string of successes for sailors from HYC 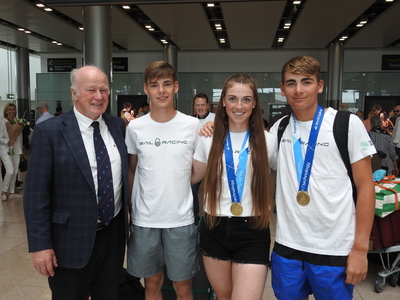 In the words of James O’Callaghan, the performance director at Irish Sailing, “It’s a day all Irish sailors can be proud of” (via Irish Sailing). That goes triple for the sailors at Howth Yacht Club, which saw wins from several of our junior members over the past few weeks, including a hat trick made of gold for phenom Eve McMahon. 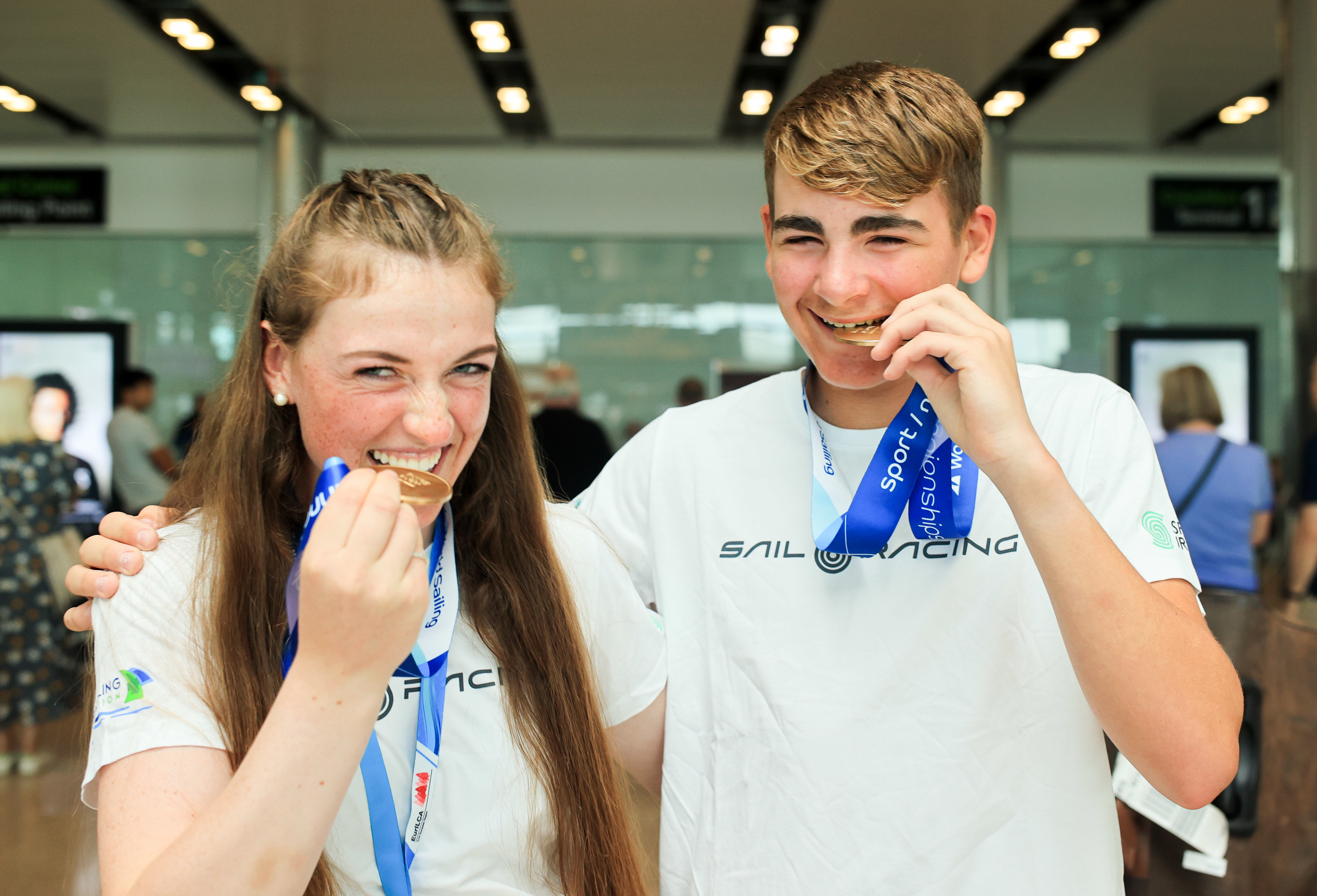 McMahon won the gold in the ILCA6 Youth World Championship in Houston, Texas, this weekend, adding the hardware to her regatta victories in The Hague (at the World Sailing’s Youth World Championships) and Greece (the ILCA class Youth European Championships), all in the span of just five weeks. In fact, McMahon was on the plane to Texas to defend her 2021 title within days of her win in the Netherlands, giving the rest of the world a glimpse into what it’s like to race with the 18-year-old -– that is to say, hard to keep up.

Club-mates Rocco Wright and Luke Turvey can empathise, as they too have been on the go for Ireland (and sending more wins home to HYC) for weeks now. Wright marked his transition from Optimists to Lasers by winning a himself a gold in The Hague, as the newly minted ILCA6 sailor took first place in the male single-handed event in the Youth Worlds. “I was so surprised that Rocco displayed such maturity at such a young age,” Irish Laser coach Vasilij Zbogar said of the 15-year-old, “as he remained calm and executed the result” (via Afloat.ie). Wright accompanied McMahon to Houston for the ILCA6 Youth World Championships, taking 32nd in the Gold Division and third in the U17s.

And Luke Turvey, the third HYC sailor to represent Howth in Houston, finished 20th in the 52-strong Silver Fleet — Turvey was with McMahon when she won the gold in Greece, taking a top-20 finish for himself at the ILCA Youth European Championship, in what was his first Laser-sailing experience on the world’s stage. 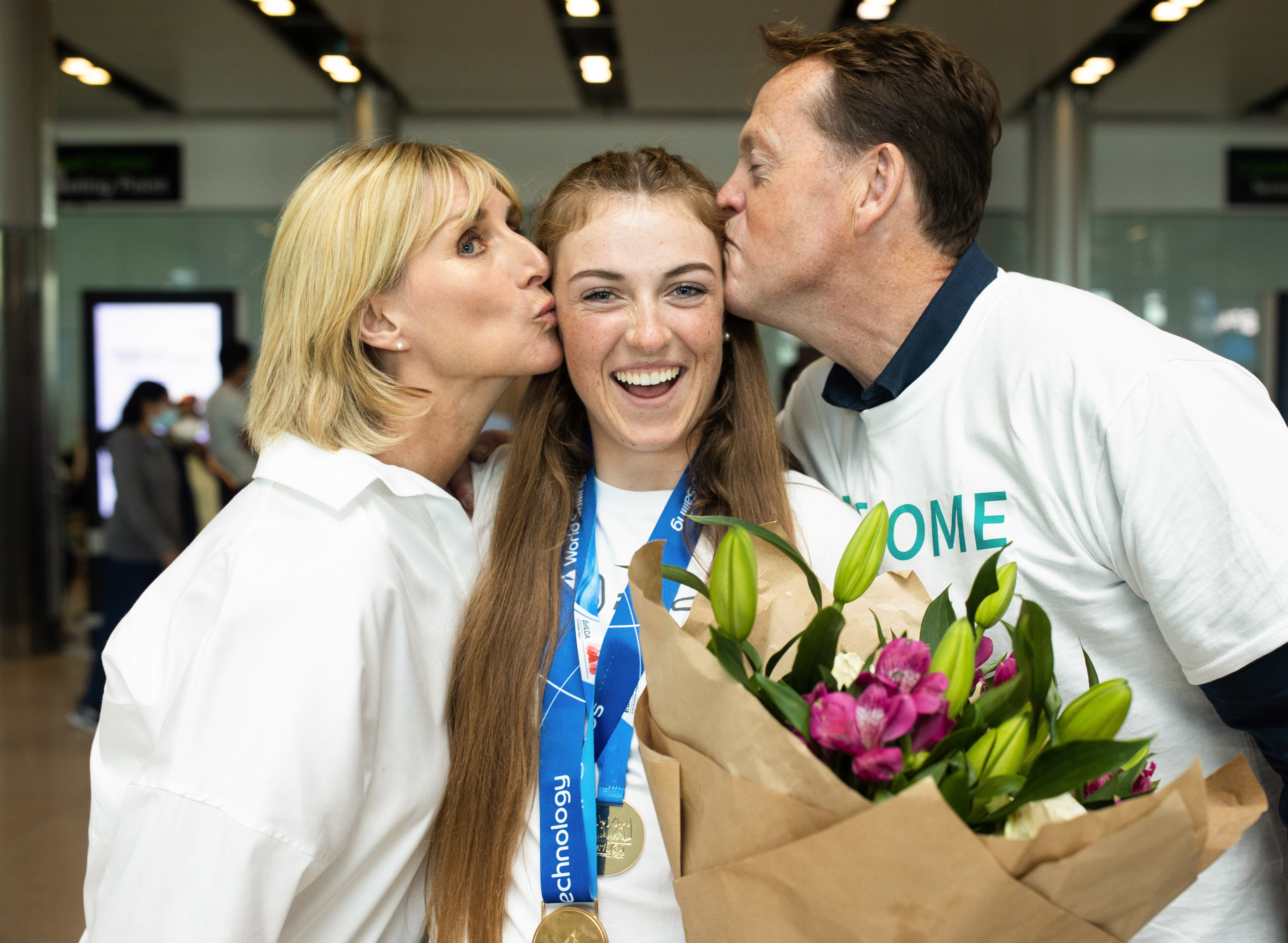 For McMahon, taking the gold in Houston is the cherry on top of a very busy month. After a deficit of racing opportunities during the pandemic, McMahon spent spring and early summer focussing on her studies to prepare for the Leaving Cert, and was eager to get back out on the water by the time the regattas rolled around. As Irish Sailing reported, the sailor set a pre-season goal of “three from three” title wins, and indeed wound up taking three trips to the podium over the course of the summer’s championship series. “To end my youth career by winning all three events,” McMahon explained to The Irish Times, “I just couldn’t believe it and couldn’t put it into words.”

Luckily, Olympian and international umpire Bill O’Hara had no such problem. He told The Irish Times, “Eve’s performance during the last month has been nothing short of incredible…I am convinced that at some stage in her life, she will win an Olympic medal.” O’Hara went on to call McMahon “an incredible athlete, and a credit to her family, Irish sailing, and her country.”

We couldn’t agree more. Howth Yacht Club is proud to witness the successes hard-earned by three such committed young sailors over these past few weeks, and cannot wait to welcome them home to Howth after such brilliant showings in countries around the world. To that end, we are delighted to host a homecoming party for the HYC juniors on Saturday, 12th August, at the Club; details to follow very soon.

In the meantime, enjoy the photos from the sailors’ welcome reception at Dublin Airport yesterday, hosted by Irish Sailing, and follow the links below for more on the recent races and their full results.