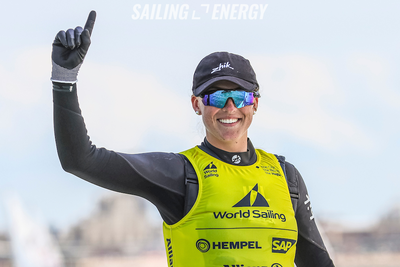 Two Howth Yacht Club sailors-- Eve McMahon and Rocco Wright -- have won the gold for Ireland in the Allianz Youth Sailing World Championships. McMahon took first place by a large margin over sailors from Australia and The Netherlands (in second and third place respectively), in the ILCA 6 Girls category, while Wright -- still in only his first year on the ILCA 6 -- won the same title in the Boys division. 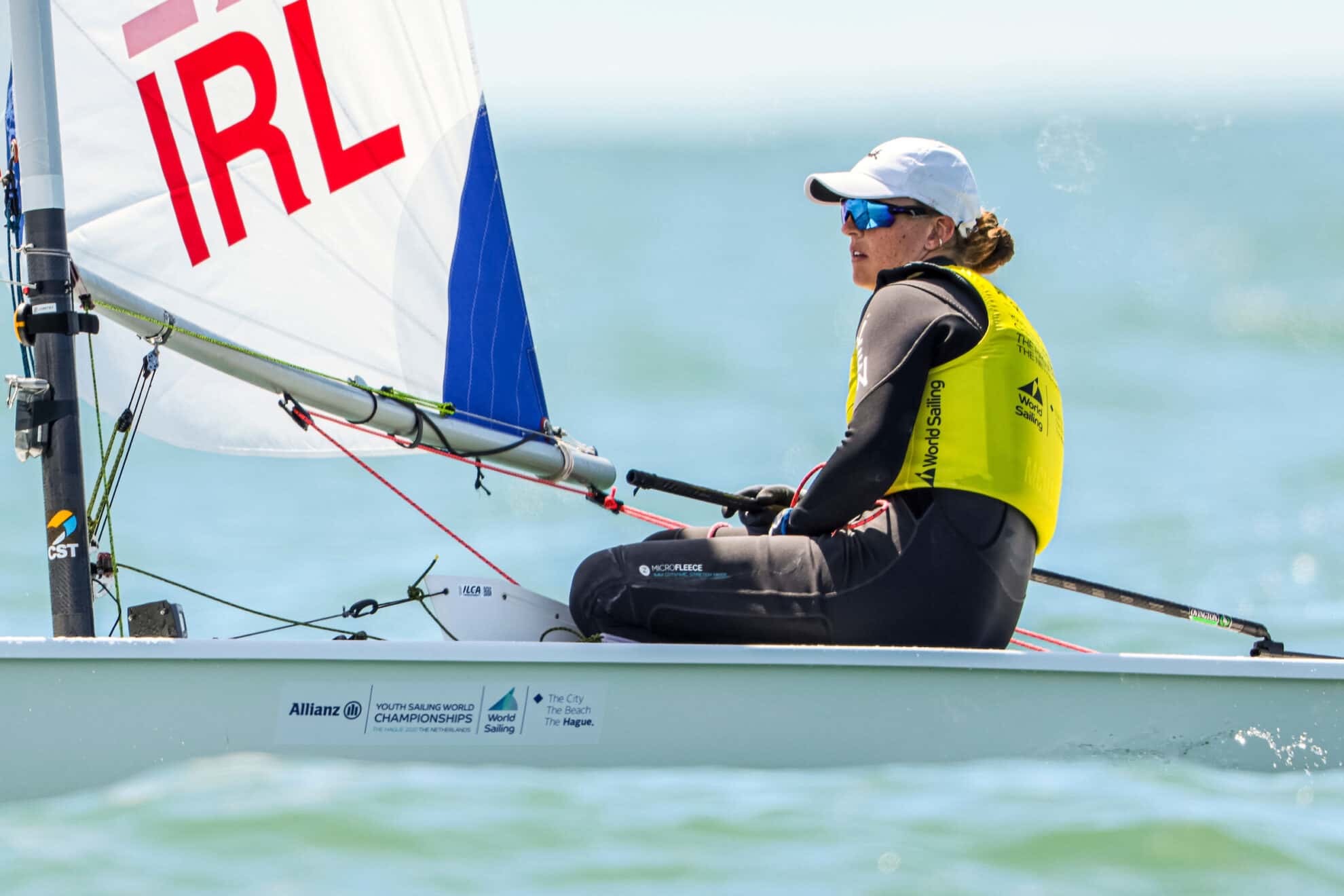 "Ireland has such a small team," McMahon said of the accomplishment, in a video for World Sailing. "We only have three boats, and for the ILCA 6 boy and myself both getting the gold medal, it's absolutely phenomenal. I'm so proud of the team, and we've been coached by an amazing coach, Vasilij [Zbogar]. You know, [I'm] so proud to be able to come off the water knowing that Ireland has got two gold medals." 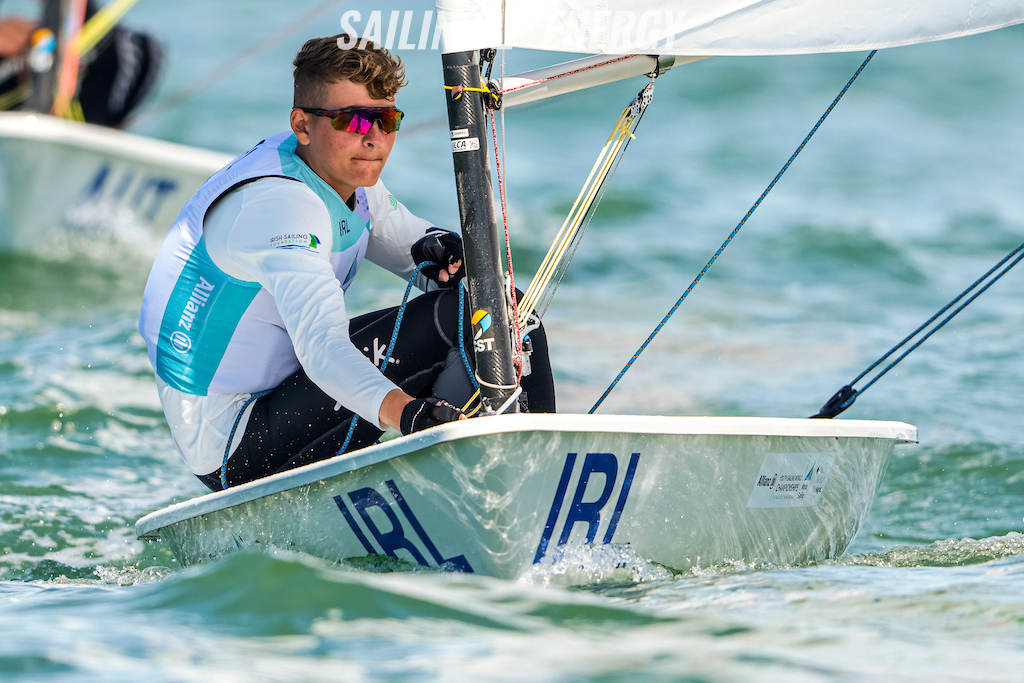 Howth Yacht Club is equally honored to call McMahon and Wright our own. Massive congratulations to both sailors; it is a joy to see all their hard work and dedication bring home a result like this, and the pair will no doubt inspire many young sailors -- at HYC and beyond -- to dream big.

For more on this immense accomplishment, please see the article below, reprinted with courtesy of Afloat.ie. And for the complete results from the Allianz Youth Sailing World Championship, please click here. 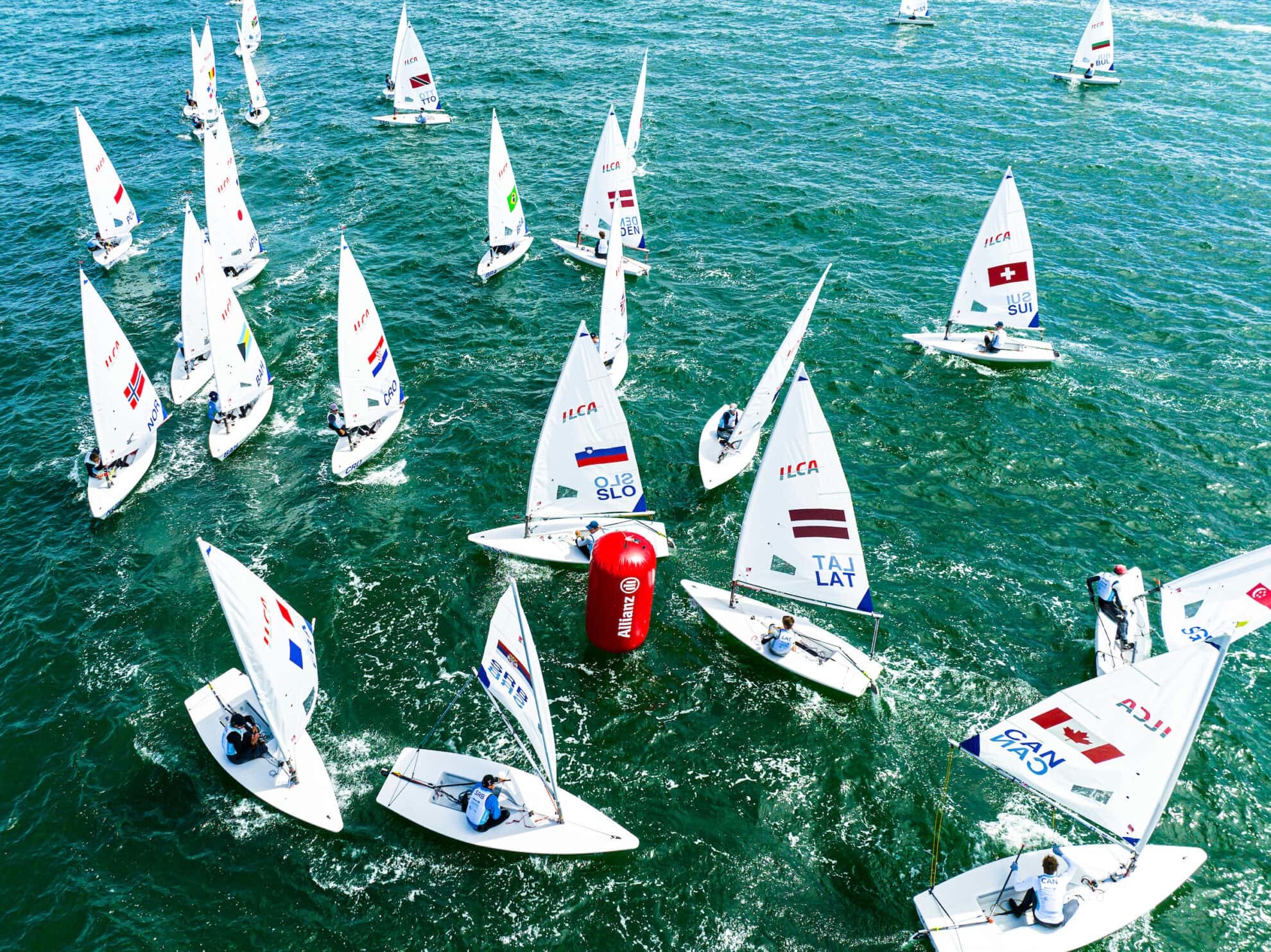 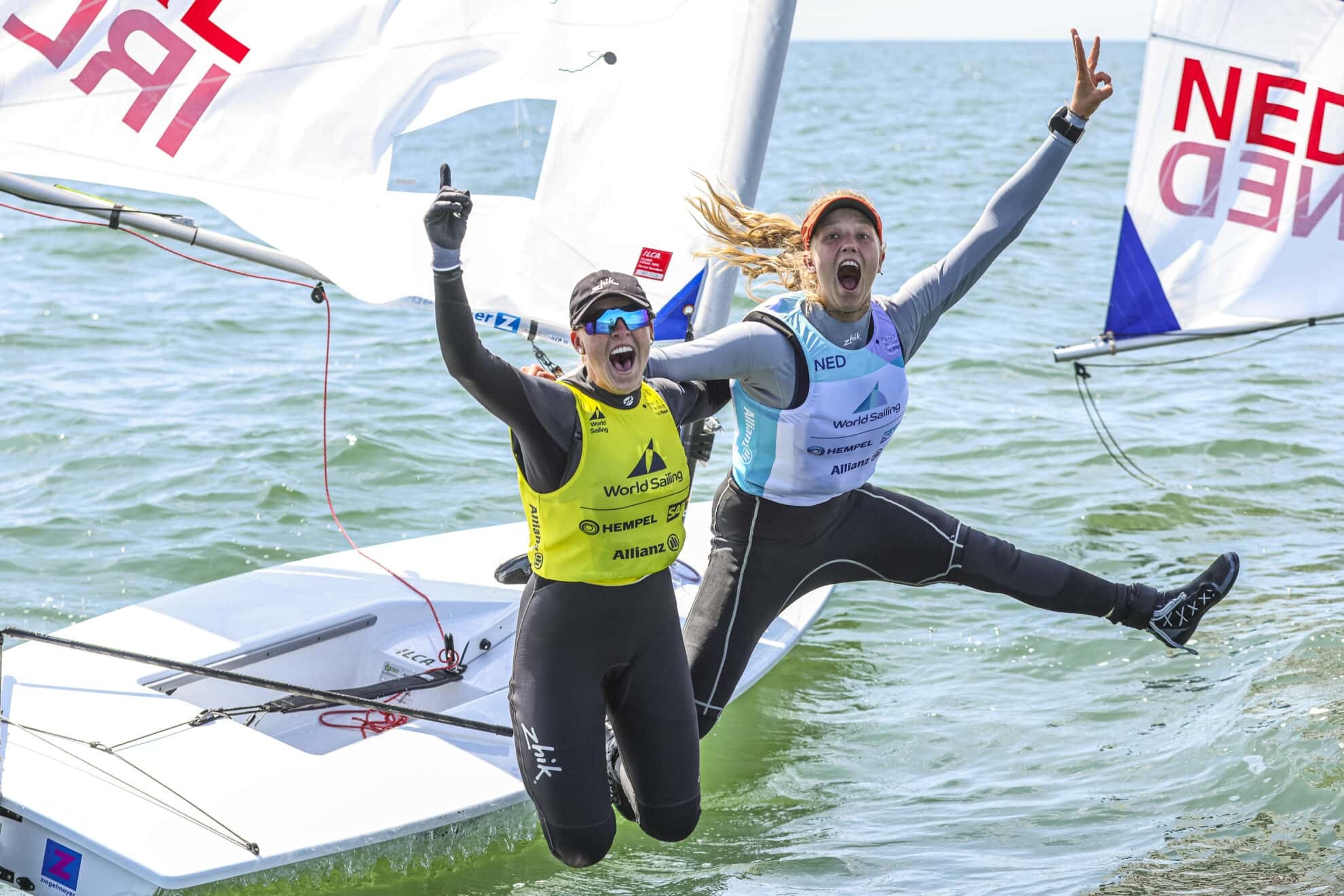 Both of Ireland's single-handed sailors have won Gold medals at the Allianz Youth Sailing World Championships in The Hague this afternoon (The Netherlands, Thursday 14th July 2022)

Eve McMahon, the 2021 Irish Sailor of the Year, and Rocco Wright, both from Howth Yacht Club delivered stellar performances over their seven-races series that started on Sunday.

McMahon led her 55-strong field from day one, scoring all top three results for the week including four race wins. Her worst result of the week - a sixth place - only came in the final race today that was beset by light winds.

"It feels amazing - last year's fourth place in Oman was so disappointing," McMahon said shortly before the medal ceremony. "I'm so proud of Ireland to achieve Gold at the worlds and to make it a double in the same year is history-making." 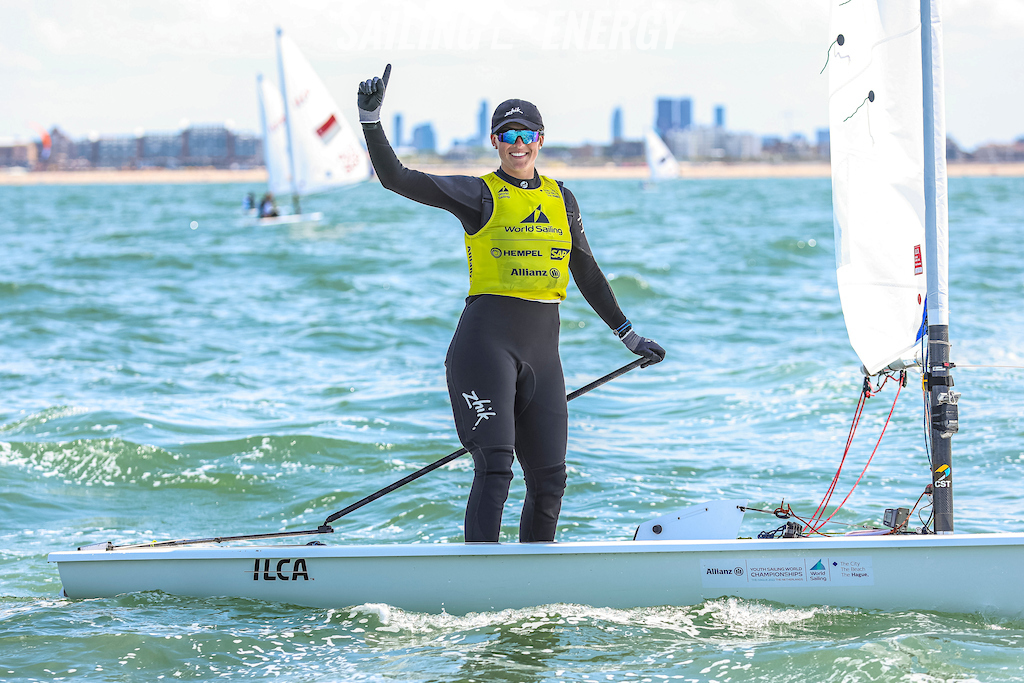 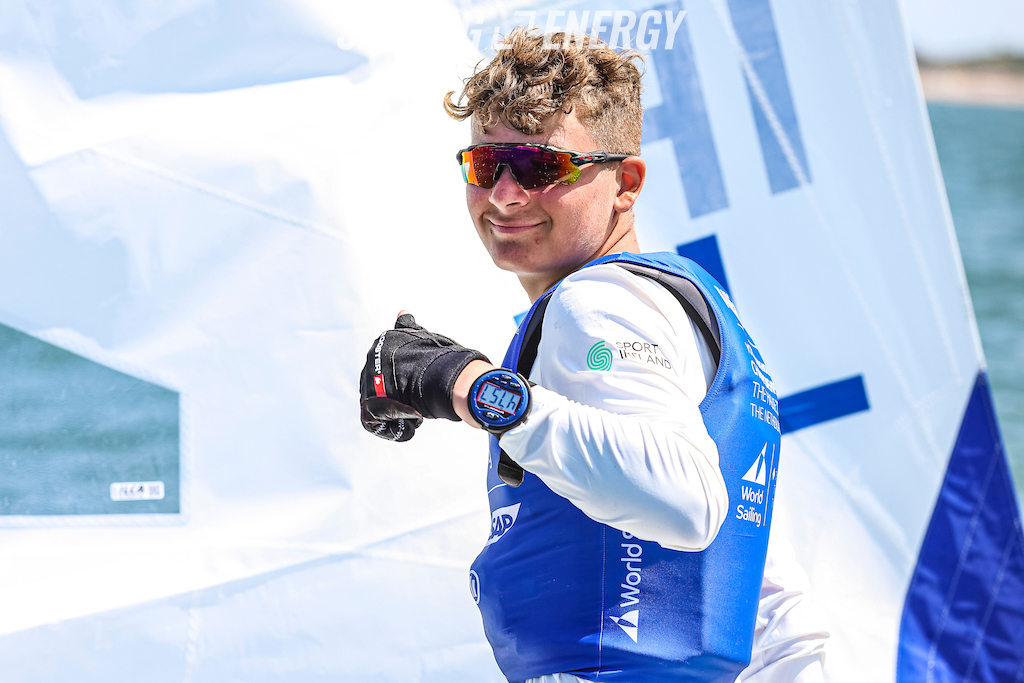 Wright made his mark in the Male single-handed event on his first ever appearance at a Youth Worlds by ending the penultimate day in second overall but only separated by tie-break from the leader.

"I tried not to think about the others around me and just sail my own race," said Wright about keeping focussed at his first Youth Worlds appearance. "I didn't expect to win so it's all a bit mind-blowing really."

A confident start in the final race saw the Dublin sailor beat Ole Schweckendiek by finishing fourth, one place ahead of his German rival which was enough to break the points tie as American Peter Barnard missed the podium with a 14th place.

"I came here hoping for a top 10 but not really knowing if I was good enough," said Wright. "To win here at my first world championships is a dream come true. I’m just amazed and really excited. I can't wait to celebrate with my friends and family and obviously, it's been a pretty good day, a pretty good week actually."

"I was so surprised that Rocco displayed such maturity at such a young age (15) as he remained calm and executed the result," said Vasilij Zbogar, Irish Laser Coach. "Two Irish winning Gold in the ILCA6... I still can't quite believe it; the work is paying off - all of us are on the right track."

In claiming gold, the online tracker here reveals just how close things were. In the closing stages of race 7 on the Tracker, given IRL ended up 1 point only ahead of both BER (finished second in race 7) and GER (finished third). It's incredibly tight, Wright ends up winning gold by half a boat length. It certainly looks like the HYC youth also had to contend with an Israeli who retired just before the finish but could have influenced points too.


Both McMahon and Wright now switch their attention to Texas later this month where they compete in their ILCA6 class world championships, a stand-alone event that differs from this week's championship where all disciplines are in competition.

McMahon is defending her 2021 world title in the class and this week's result, coming on top of her European title win last week in Greece leaves her in a strong position. Along with Zbogar, she planned a Summer of three major events and a pathway to victory in each.