Big Weekend for HYC Sailors Around the Country 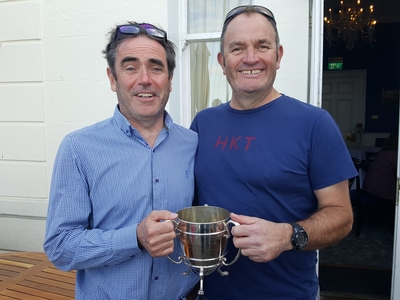 As the 2021 season rounds off, HYC Sailors continue to make headlines. The great win in Dunlaoghaire for Nigel Biggs and Pete Evans saw the pair fight off some hot competition throughout the 5 races in the Flying Fifteen Irish East Coast Championships off Dun Laoghaire Harbour. Entering the last day with a six point lead, Nigel and Pete of Howth Yacht Club didn't get an easy ride home in yesterday's final races. With two 5ths in the last two races of the 23 boat fleet, the pair managed stay a point ahead of National Champions John Lavery and Alan Green who took second overall but only after a tie break with Shane MacCarthy and Chris Doorly of the National Yacht Club who finished third.  This was Biggs second success in these waters where he claimed a Class Two ICRA national title a fortnight ago.

Meanwhile in the East Antrim Boat Club, junior sailors got to enjoy some great sailing in the in the Optimist Ulster Championship where HYC's Des Turvey sailed his way to a great win in the Senior Fleet followed closely by fellow club mate Harry Dunne in second place. In the Juniors Sarah Scott had some very impressive results ending up in fourth place overall in the Junior Fleet. 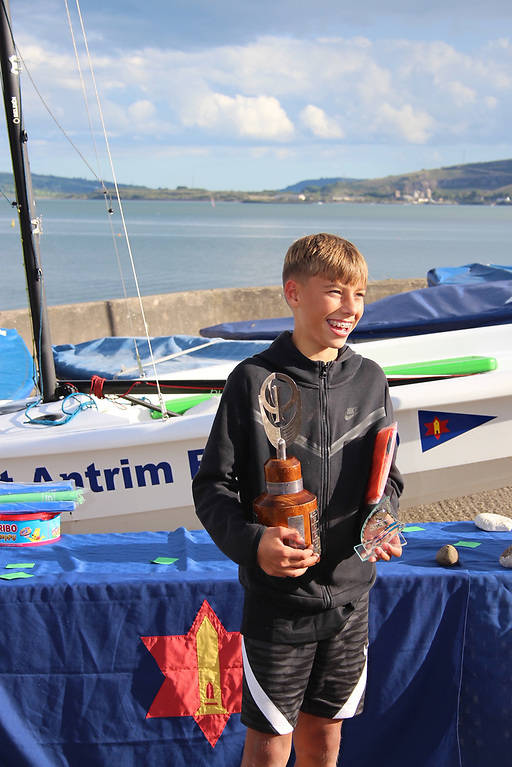 Des Turvey Receiving his Prize
Closer to home in the J109 National Championships in Dunlaoghaire Richard Colwell and John Murphy's Outrajeous from Howth Yacht Club finished third on a tie-break with Chimaera on the same 14 points.

Outrajeous in the J109 National Championships
Congratulations also to Paul McMahon and Daragh Sheridan who were 2nd & 3rd respectively in the RS Aero National Championships respectively. The top 3 places were hard fought between Paul, Daragh and overall winner Hammy Baker of Strangford Lough.
Great to see the HYC Flag being well flown is so many events over the weekend. Well done to all participants who represented HYC.
Sitemap >
Registered in the Republic of Ireland. Registered No. 81187
© Howth Yacht Club clg 2022 | web design & seo company - Isobar