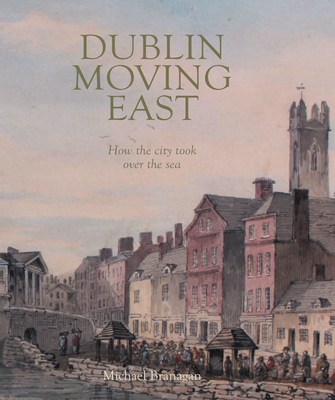 Michael Branagan, who joined Howth Yacht Club in 1968, is a historian and author based in Dublin. On retiring from working in National Toll Roads in 2010 Michael began a degree in English and History at St Patrick's College, Dublin City University, which he completed in 2013. In 2016 he completed a two-year MA in History at the same college. His book, Dublin Moving East, is based on the history of the emergence of a great European City that is Dublin. The book evolved from his initial research for a major thesis on land reclamation on the south shore of Dublin city in the eighteenth century, which led to massive urban expansion and formed the basis of the modern city. Michael’s lavishly illustrated book includes original maps, photographs and illustrations of an in-depth examination of the rich documentary history of the creation of a great European city. Extensive research work for his book has been facilitated through the support of Dublin Port Authority.

Michael has always been an active member of Howth Yacht Club and over the last 35 years he has sailed with Liam McGonagle on Meander and Ounevarra, on Black Pepper, Bosanova and Twiga with Mungo Park and on Alakush with Jenny Guinness. He is currently the owner of a shipman called Baldoyle.

Michael will be giving a presentation and talk exclusively to fellow HYC members in September (details to follow). You can purchase his book in the office of HYC or behind the bar. The book is available for €30 for HYC member (€35 for non-members). Michael will be delighted to sign any copies purchased. Congratulations on a great achivement Michael.