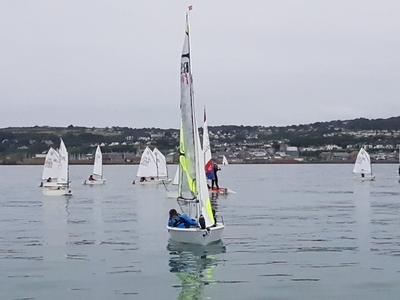 Unfortunately Aeolus, the god of wind, did not smile favourable last Sunday.  The Race Committee went out on the water at 09.30 but by the time the first sailors arrived the light northerly wind had died.  For the next hour and a half the committee boat anemometer generally showed 0.0 knots which gave the sailors plenty of time to talk to each other but not even enough wind to practice light weather sailing.  By 12.00 the wind had failed to fill in and racing was cancelled.  The lack of wind did however provide flat seas for the powerboat racing later on in the afternoon.