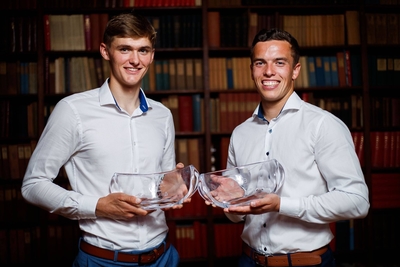 The significant presence of HYC nominees at the 2018 Volvo Irish Sailing Awards and with four Howth teams in the running for the coveted 'Irish Sailor of the Year' award, Friday night's national sailing 'Oscars' at the RDS in Dublin was never going to be an easy one to predict. However and with proper recognition for their performance in winning the 2018 Under 23 World Championships in their 49er skiff, Minister for State for Higher Education Mary Mitchell O'Connor presented Irish Sailing's top annual award to Robert Dickson and Sean Waddilove.

This is the second year in a row that the award has come to Howth, following Conor Fogarty's win last year. Conor was again one of 4 HYC nominees in that category this year and has privately expressed his determination to be there again next year! Also nominated were Pat Kelly and his team for their performances last year in their J109 'Storm' as was Dave Cullen who also had a remarkable year campaigning his half-tonner 'Checkmate XV'.

More than 450 people attended the awards ceremony, with a large contingent of Howth members including Flag Officers, 4 former Commodores and a host of members who were there to support the clubs nominees. The nominees were introduced onstage by Winkie Nixon who demonstrated remarkable unbiased restraint as his tone never altered whilst announcing the various Howth nominees. When they were presented with the award, Robert and Sean spoke about their upcoming plans and their training regime - something that regular readers of this column will be familiar with. 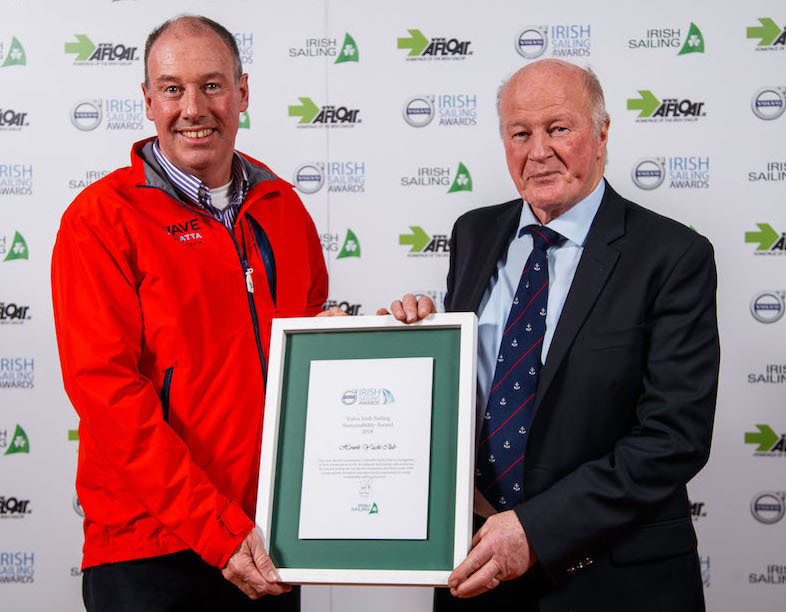 environmental initiatives that the two clubs implemented during 2018 and are continuing to introduce as part of a concerted drive to reduce waste, add energy efficiencies, encourage reusable products and recycling. Supported by the success of events such as Cork Week and Wave Regatta, the clubs are committed participants in the 'Sailors for the Sea' and their Clean Regattas programme - the world’s only sustainability certification for water-based events. Wave Regatta was presented with the Gold Certificate by the environmental organisation which now assists clubs and organisations in more than 50 countries and events that more than 500,000 sailors have competed in. The award was presented by Irish Sailing's new 'Sustainability Ambassador' and Volvo Ocean Race veteran Damien Foxall to Vice Commodore Paddy Judge and Wave Regatta Chairman Brian Turvey.