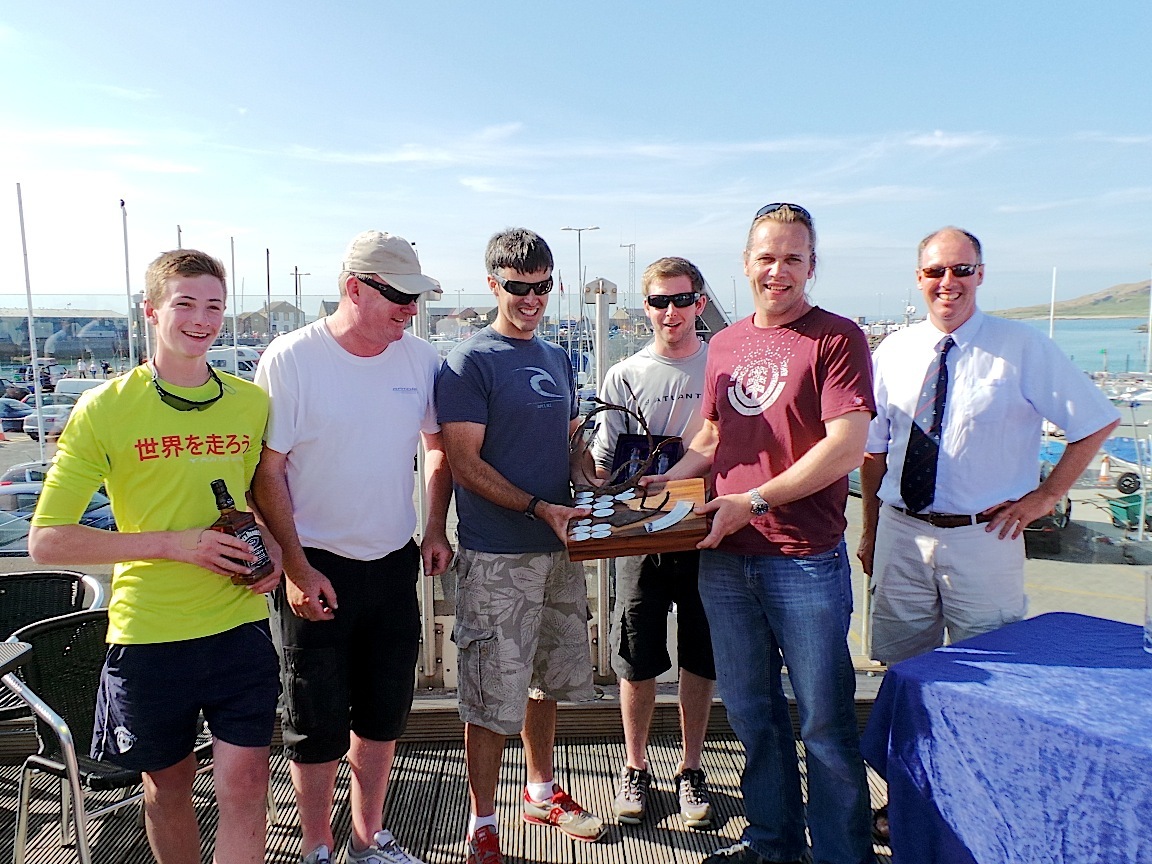 The inaugural Howth Yacht Club Sportsboat Cup was sailed in three days of glorious sunshine and light winds. Suncream and water were some of the most important parts of all crews’ kit every day as temperatures were consistently over 20 degrees. Water was especially important after many of the competitors were burning the midnight oil each evening. Racing was successfully completed on Sunday which incorporated the 1720 Europeans, the J24 Easterns and the Sailfleet J80s. The race officers did exceptionally well to get the full schedule of races completed on both race courses without any delays. The challenging conditions and a big shift meant that the last race of the day on Saturday for the 1720s had to be abandoned to avoid it becoming a lottery. PRO Derek Bothwell’s mantra that “It is better to have no race than a bad race” was a wise one. In any case, there was ample time to make it up on Sunday morning to get all eight races in.

The 1720 Europeans came down to the wire and was decided in the last race to by the slimmest of margins. After a match race with Denis Murphy’s Aquatack in the last race, Peter O’Leary’s Jacobs Bar emerged victorious by just half a point overall to defend his title from last year. Not far behind the leading pair was a surprise performance from Kenneth Rumball on INSC.ie who rounded out the podium places. Maybe the Dun Laoghaire based team should travel to the events more frequently and the rest of the Dublin based fleet will too. The top performer from outside of Ireland came from Tom Forrestor-Coles and his crew from the south coast of the UK who finished fourth, just two points off the podium.

O’Learys title defence was impressive as earlier this year the boat was in a sorry state after being abandoned for years in a field in Baltimore. Left under a tree with the hatch open the boat was covered in leaves, dirt and the hull was full of water. Before they began the resurrection Cathal Cottrell even joked “We thought of entering the boat in the Chelsea flower show instead of the Europeans when we found her, and we nearly did”. After only rigging a new mast on Thursday night and splashing for the first time early Friday morning, they got off to a relatively slow start but definitely got into their rhythm on Saturday and hauled in Aquatack before conclusion on Sunday. Seventeen year old Adam Hyland was a welcome addition to the crew and O’Leary praised the young talent in his acceptance speech.

Flor O’Driscoll and the crew of his J24 Hard On Port were the deserving overall Sportsboat Cup winners for 2014 and were awarded the Romaine Cagney Trophy. Impressively, they did not count a result worse than second for the regatta and won half of the races. The popular winners have been stalwarts of the J24 class in Ireland who also have won several IRC titles in the well campaigned boat. They were only delighted to be taking another piece of silverware out of the Pale to Munster. When Flor was awarded the title he was overcome and went into a state of delirium and started repeatedly chanting “Mumhan Abú” clenching his fists above his head. 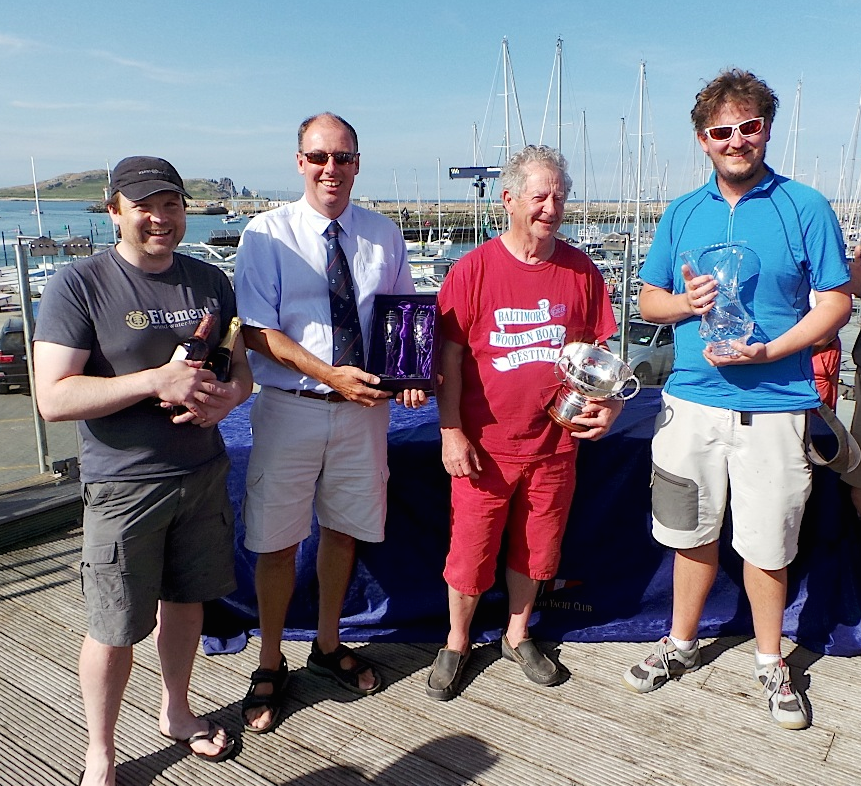 When the wind dropped on Saturday for the J24s and J80s racing was as rapid as Elephant Polo. The wind direction chopped and changed to the point where PRO Richard Kissane decided to abandon and restart Race 2. Whereas it didn't suit those doing nicely at the time, it was the sensible decision. The restarted race got away smartly in a bit more breeze allowing the fleet to get all scheduled races under their belts and home in time for tea and tiffin....and after-sun!

Sunday's racing was brought forward an hour to test those who were out the night before. A few cups of Blue Nun did nothing to slow up Flor O'Driscoll and his team who put in a stellar Sunday performance.

Lough Swilly's "Bandit" lived up to its name by putting in a sweet port tack start in Race 5. Open-jawed, the rest of the fleet took some time catching!

Overnight leader Stefan Hyde on Hamilton Bear had a wobbly start to the day but finished off the weekend with a well deserved bullet. In the last they weren’t able to push Hard On Port down the fleet enough in the last to snatch the overall title at the death, so it was second overall for them. Howth Yacht Club’s Under 25 Keelboat Team on Eurocarparks Kilcullen rounded out the podium in third place.

In the Sailfleet J80 class Gillian Guinness and her ladies team took the title ahead of Mossy Shanahan. In the closely fought class young Ewan McMahon finished a close third. With most of the fleet trading blows Gillian and her crew were very consistent and eked out a lead which meant they had the series wrapped up with a race to spare. There were even sightings of wine and other delights on the sail home each day on board. The bulk of the fleet from second to fifth place were separated by only four points. Exactly what you want and expect from such evenly matched one design racing.

Howth would like to thank all the competitors who made the event as good as it was and Edward Dillon who generously sponsored some prizes. We hope to have everyone back and even more classes involved when we run the event again in 2016.

See all the results here