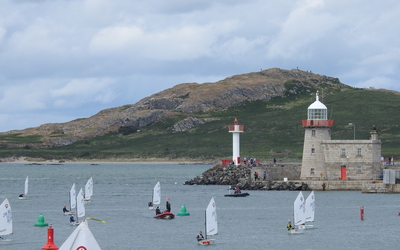 HYC was delighted to host the 2018 IODAI Optimist Leinster Championship last weekend, on the heels of the Vice President Trophy on Friday. 124 sailors from clubs all over Ireland took part and enjoyed the challenge of fresh and sunny conditions on both days. PRO for the Main Fleet Richard Kissane was clinical in his delivery of six races for both the Seniors and Juniors, while Kieran Jameson on Mothership "Changeling" almost ran out of hot chocolate! Des Flood followed suit with the Regatta Fleet and did very well to get the younger sailors out and racing in the breezy sunshine. Emmet Dalton and his Jury Team kept the sailors on their toes while Judith Malcolm and Jenni Harris covered Safety and Rescue respectively. The requirement for 3 Committee Boats and 15 Rescue RIBs was facilitated by the full complement of HYC vessels with the generous support of our neighbouring Dublin Bay Clubs.

A whole host of HYC shore-based support facilitated the very smooth running of the event - Paul O'Neill as Beachmaster, Amanda Crawford as Registration Co-ordinator and Emer Sanfey and her bakers for the refreshments upstairs. We managed to collect €300 for Sail Training Ireland, a testament to the quality of the cakes! Further behind the scenes, Darren Wright and the HYC Marina Staff did a super job in managing the extensive RIB logistics whilst the bar and catering staff, with support from Dave Murnane of Kanoodle, did HYC proud.

Tim Lucas, President of IODAI, presented the prizes and thanked HYC for hosting the event. Munster (RCYC) had a clean sweep at the top end of the results. HYC was well represented by 27 sailors across all fleets with some of our Howth Optimist Performance (HOP) Sailors, coached by Richard Hogan and Colin O’Sullivan, showing great progress to secure prizes in their respective divisions: 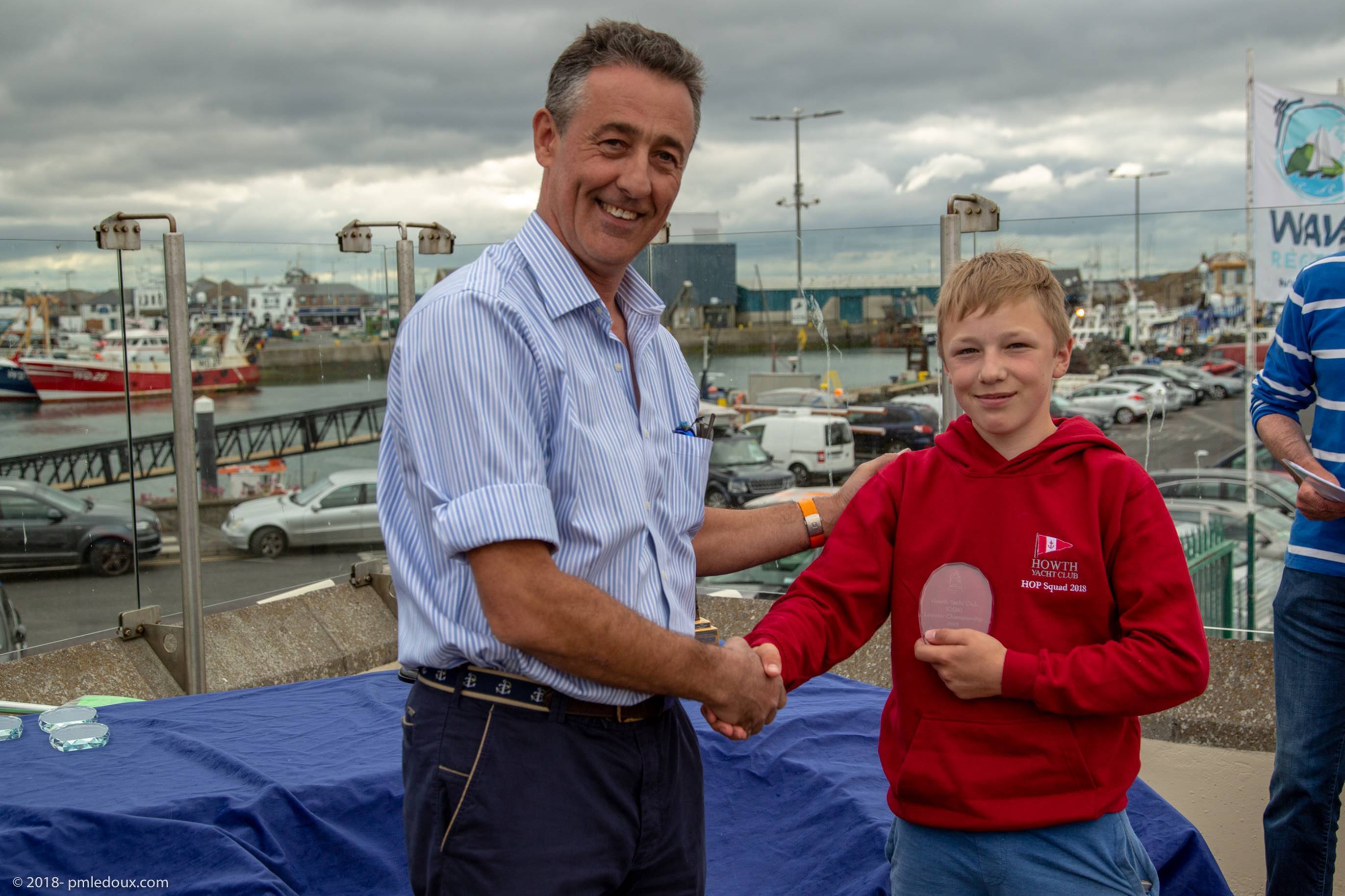 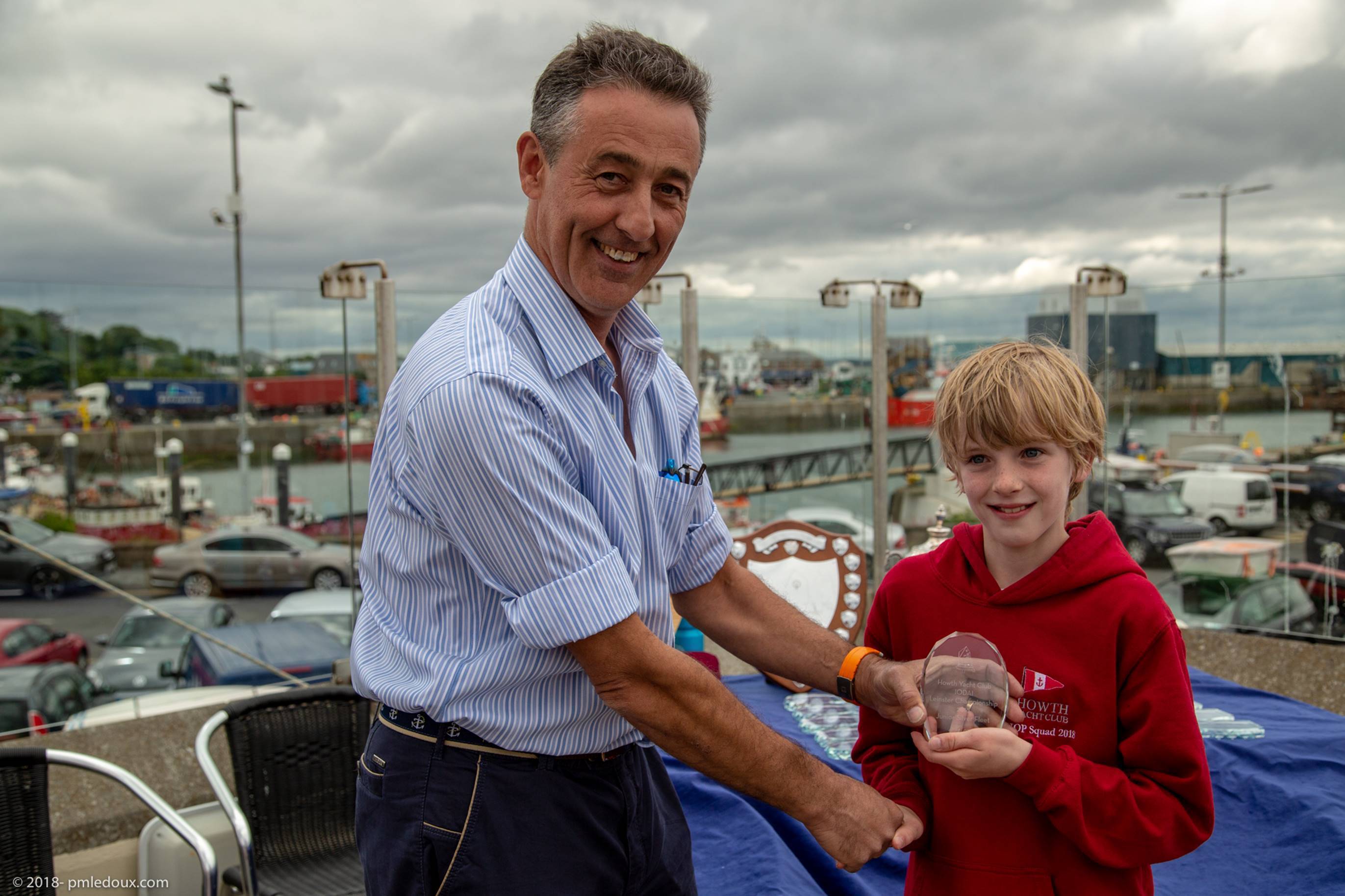 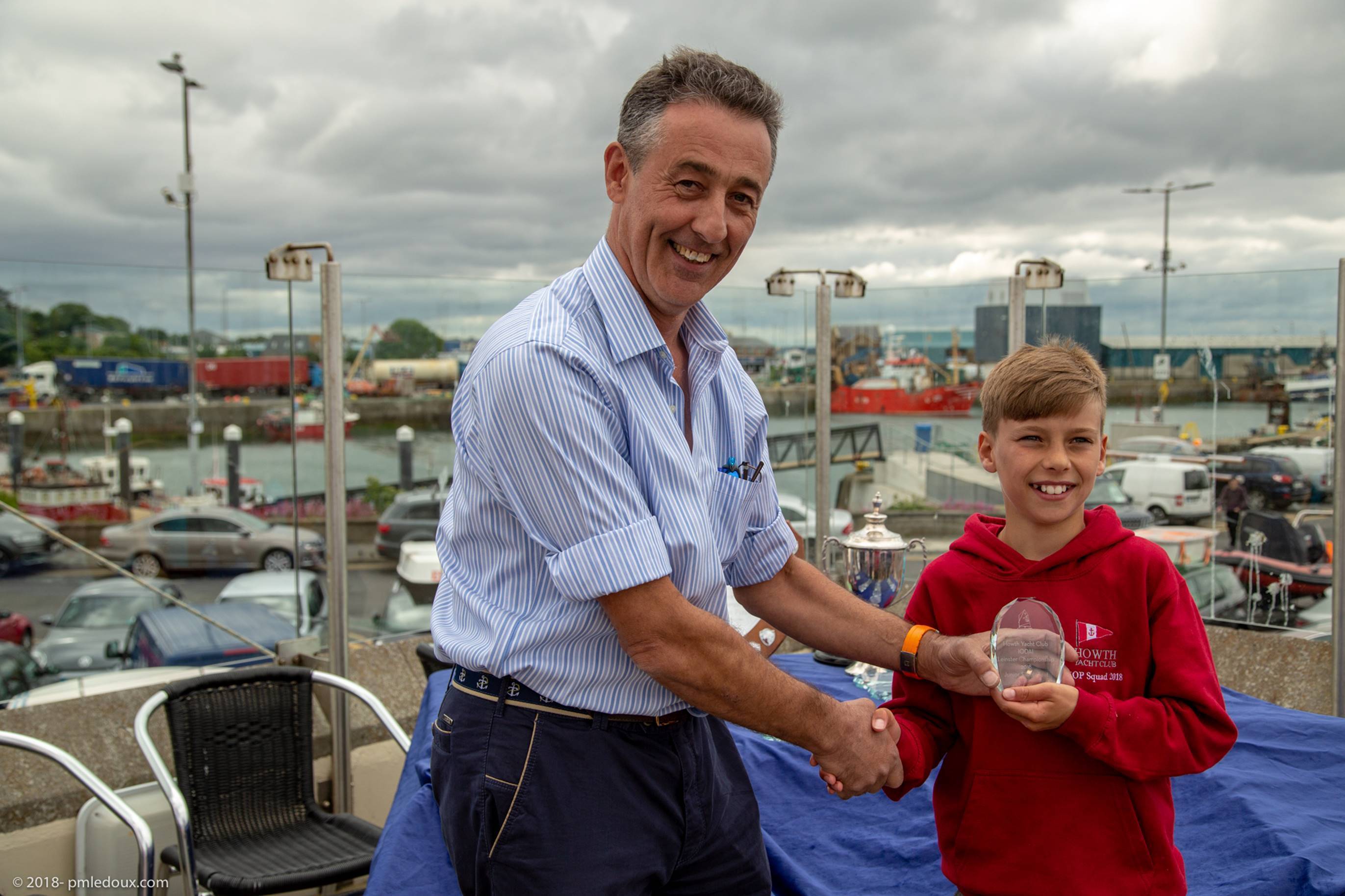 Sienna Wright who won Best Local Sailor in the Regatta Fleet. Full results available at : https://iodai.com/results-files/lese18os.html Well done to all our 27 HYC sailors and huge thanks to ALL the volunteers for your support, time and enthusiasm over the weekend. See also set of photos on Facebook here