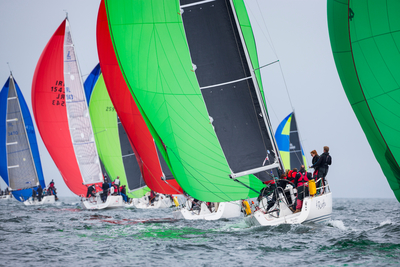 Blue skies and sea breezes marked the inaugural Wave Regatta at Howth Yacht Club over the June Bank Holiday that attracted a total entry of 161 boats from around the Irish Sea and further afield that enjoyed great racing afloat and a unique hospitality experience ashore. Howth crews topped the major prizes with David Cullen on Checkmate XV in Class 2 who won the overall Wave Regatta trophy while traditional Howth 17-footer Oona skippered by Peter Courtney won the classic Lambay Race and Lambay Lady trophy on Saturday.

Three days of entertainment ashore organised by sponsor Michael JF Wright Hospitality included 12 bands and DJ’s and a giant display screen while six different food options were available in addition to Howth’s array of pubs and restaurants. “We’re measuring success on the feedback that we’re getting from sailors and sponsors alike who are already planning on returning for the next Wave event in 2020,” said Joe McPeake, HYC Commodore.  “This is a tribute to all the effort by a great team of volunteers and our businesses and local authority partners in Howth and Fingal.”

Building on the success of the inaugural Wave Regatta, a target of introducing 1,000 newcomers to the sport in time for Wave 2020 has been set.  Quest Howth, the club’s new training centre will deliver this pathway into the sport by providing the equipment, skills and opportunities for young people, adults and families throughout Dublin. Costs will be kept to an affordable level with minimal outlay up-front required from newcomers.  Boat ownership is not required at any time and all participants will be offered club membership.

Meanwhile, racing at Wave Regatta 2018 saw winners decided in six classes for the three-day event that attracted almost two-thirds of the overall entry including 54 visiting boats. Persistent fog and light winds on Friday eventually cleared in time to deliver a perfect race around the scenic Fingal coastline on Saturday that ended in Howth Sound in ‘champagne sailing’ conditions with the same again for Sunday’s finale.

The overall event win for David Cullen - who was also the Wave Regatta Director of Racing - was based on Checkmate XV's wins in all four races, including the bonus scoring Lambay Race in the biggest fleet of the event that featured 21 entries in Class 2. His nearest challengers were all Howth boats while Anthony O'Leary on Antix Beag of the Royal Cork YC was the nearest visiting boats in fifth place.

Meanwhile, visiting Hong entry Signal 8 was the top scoring boat in Class 0 and won the class despite a defeat to Royal Cork entry Jump Juice in the Lambay Race. The Lambay Race itself was the highlight of the Wave Regatta weekend when the full fleet of 161 boats graced the pristine waters of the Fingal coastline. Appropriately for the class race around Lambay Island, the Howth 17 footers were given a route that hugged to the island before the long beat back to Howth Sound and the finish where Peter Courtney and Oona won with a convincing lead and despite having snagged a lobster pot close to Lambay.

Fresh from winning his class East Coast championship last weekend, Andrew Algeo's Joggernaut from the Royal Irish YC in Dun Laoghaire emerged victorious in Class 1, collecting the overall class win under IRC and ECHO handicaps plus the J109 trophy thanks to straight wins in every race over the three day Wave event. Indeed the RIYC had the largest visiting entry numbers with more than 20 boats from their club supporting the event. 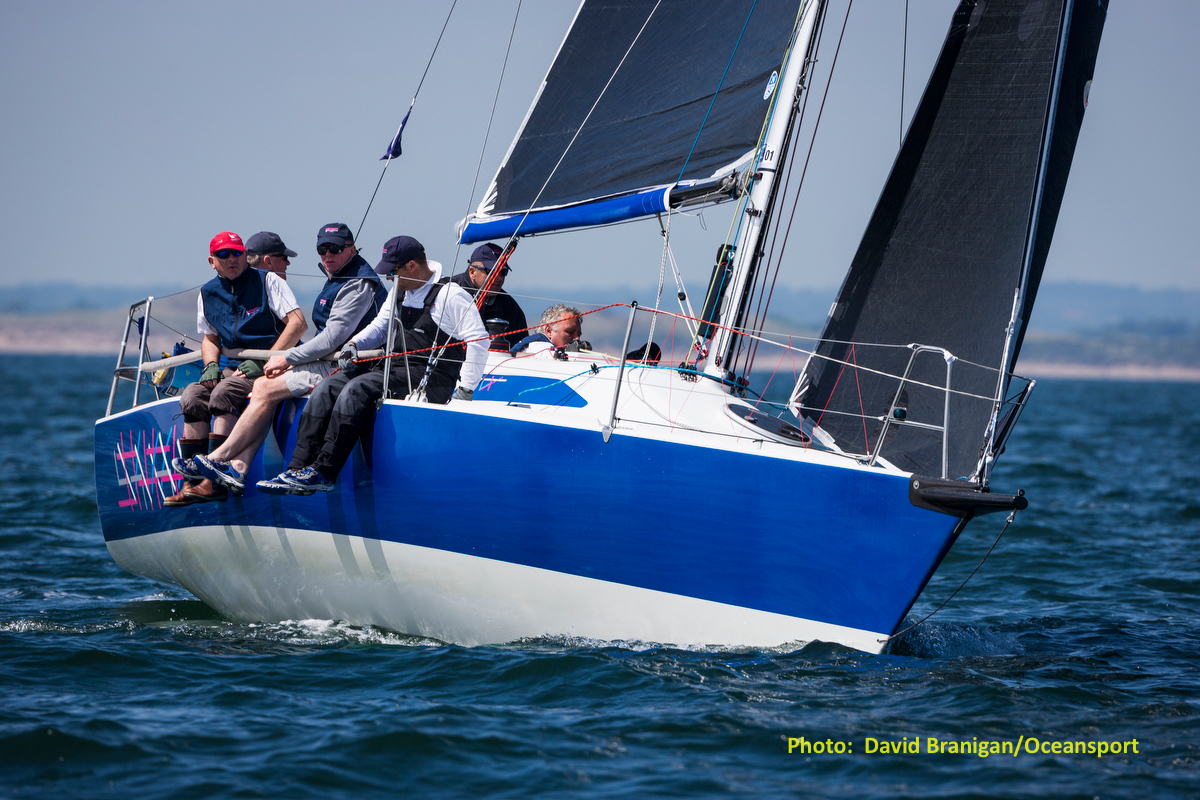 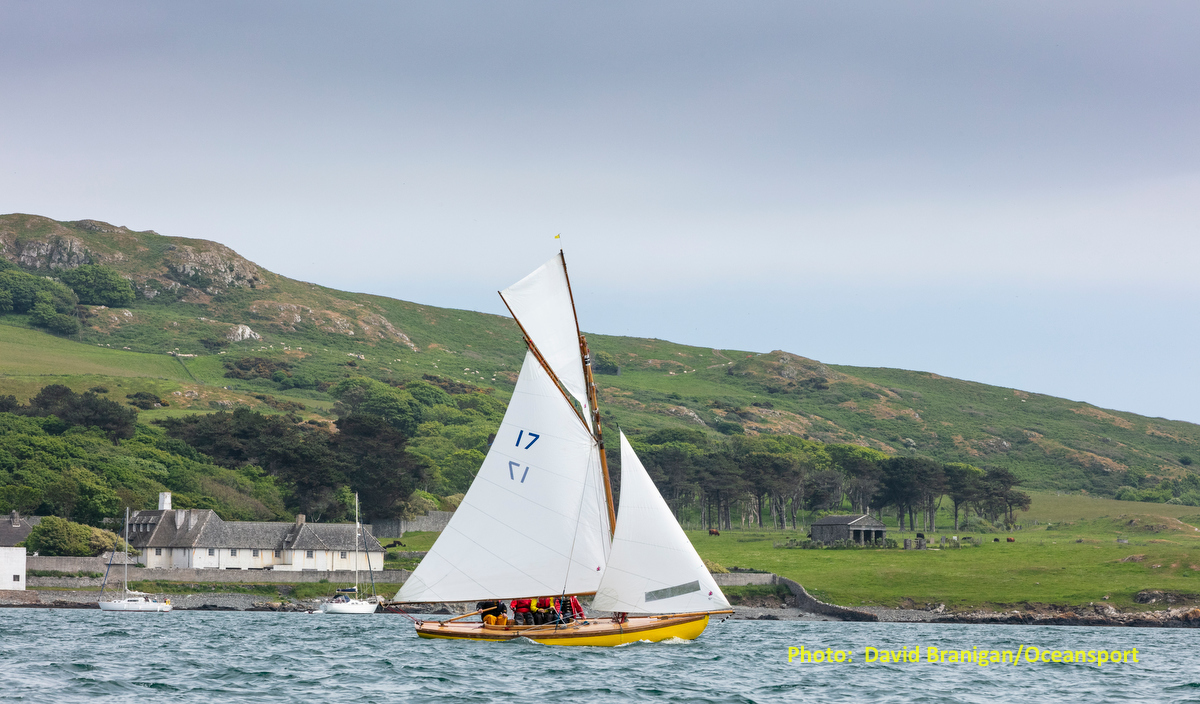