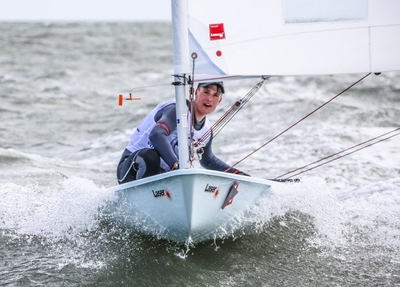 The Optimist Dinghy Irish team trials took place in Dun Laoghaire last weekend as part of the Volvo Irish Sailing Youth Pathway National Championships 2018, hosted jointly by the National Yacht Club and the Royal St George Yacht Club. Seventy eight pre-qualified sailors from all over Ireland took part with the ambition of achieving a place on an IODAI Irish sailing team. Nine sailors from HYC qualified to take part in the very challenging event, which brought a mix of high winds, big seas and very calm conditions! 10 races were sailed over 3 days with Day 2 cancelled due to strong winds. The nine sailors had trained hard over the winter with their eyes firmly on the prize of a team place. Johnny Flynn narrowly missed out on 1st place (by one point!) to Justin Lucas of TBSC. Results below:

Meanwhile, five other HYC sailors took part across the other classes including the Laser Radial where Jamie McMahon (pictured top) who came 3rd and Jack McMahon who finished 20th. Liam & Aidan Donnelly finished 11th in the 420 and Dylan McEvoy finished 23rd in the Laser 4.7. Well done to all HYC sailors on their achievements and we wish them well in the International Events. Huge thanks to the RStGYC and NYC, along with the entire IODAI team for organising a terrific event. 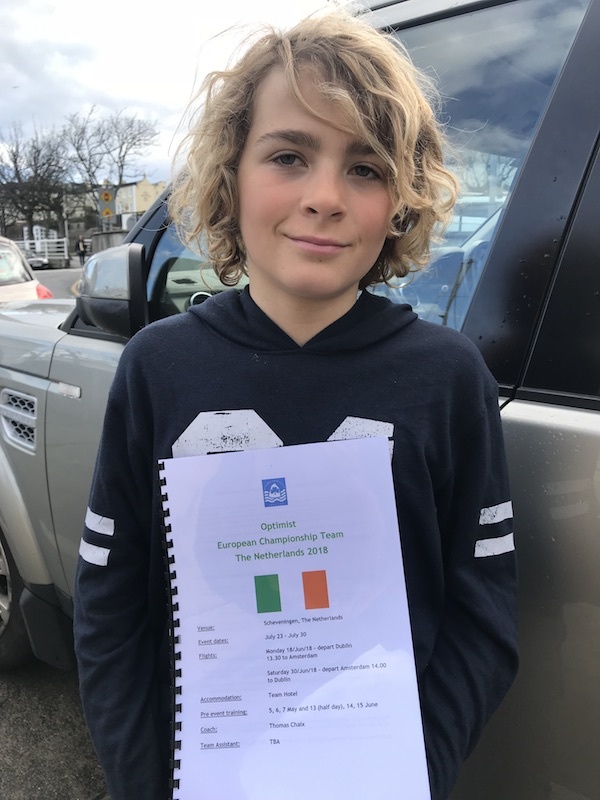