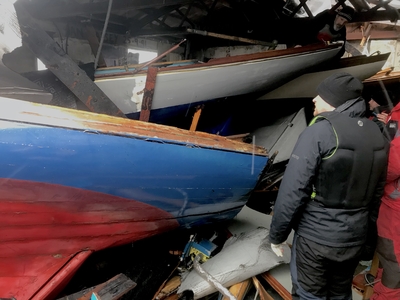 Storm Emma wreaked havoc with the 'Long Shed' on the East Pier and destroyed its roof damaging much of Howth's historic Seventeen Footer Class that have used the shed as their winter home since 1898. The high tide and mountainous seas pounded the pier for much of the day and HYC's David Jones spotted the damage at 13:00, within an hour of the hight of the spring tide, alerting the class via its 'WhatsApp' group and forming a work party to assess the damage and options.

A group of 20 volunteers waited until 4pm and for the seas to abate before approaching the sheds, only to discover the awesome damage that the seas had caused. Many of the class remember a similar storm in 1978 when the roof collapsed damaging the then 80-year old boats 'Hera' and 'Rita'. It would appear that 'Rita' is significantly damaged again this time and whilst badly wedged between other boats and the shed wall, damage to 'Hera' is more difficult to assess. Most of the roof has collapsed and at least 3 of the boats are very badly damaged, namely 'Anita', 'Rita' and 'Rosemary'. Other boats including 'Sheila', 'Pauline' and 'Hera' may have suffered less damage, although it's still difficult to assess. The continuing weather warnings and forecast mean that the shed will again be in the firing line when the tide rises tonight between 22:00 and 02:00 and the huge 4-6 metre waves turn their attention to the pier again. Erring on the side of caution, the volunteer team deemed the Long Shed and surrounding area on the pier to be too dangerous in the prevailing weather conditions following an initial assessment and as a consequence they have to hope that tonight's weather only causes minimal additional damage to the historical boats. 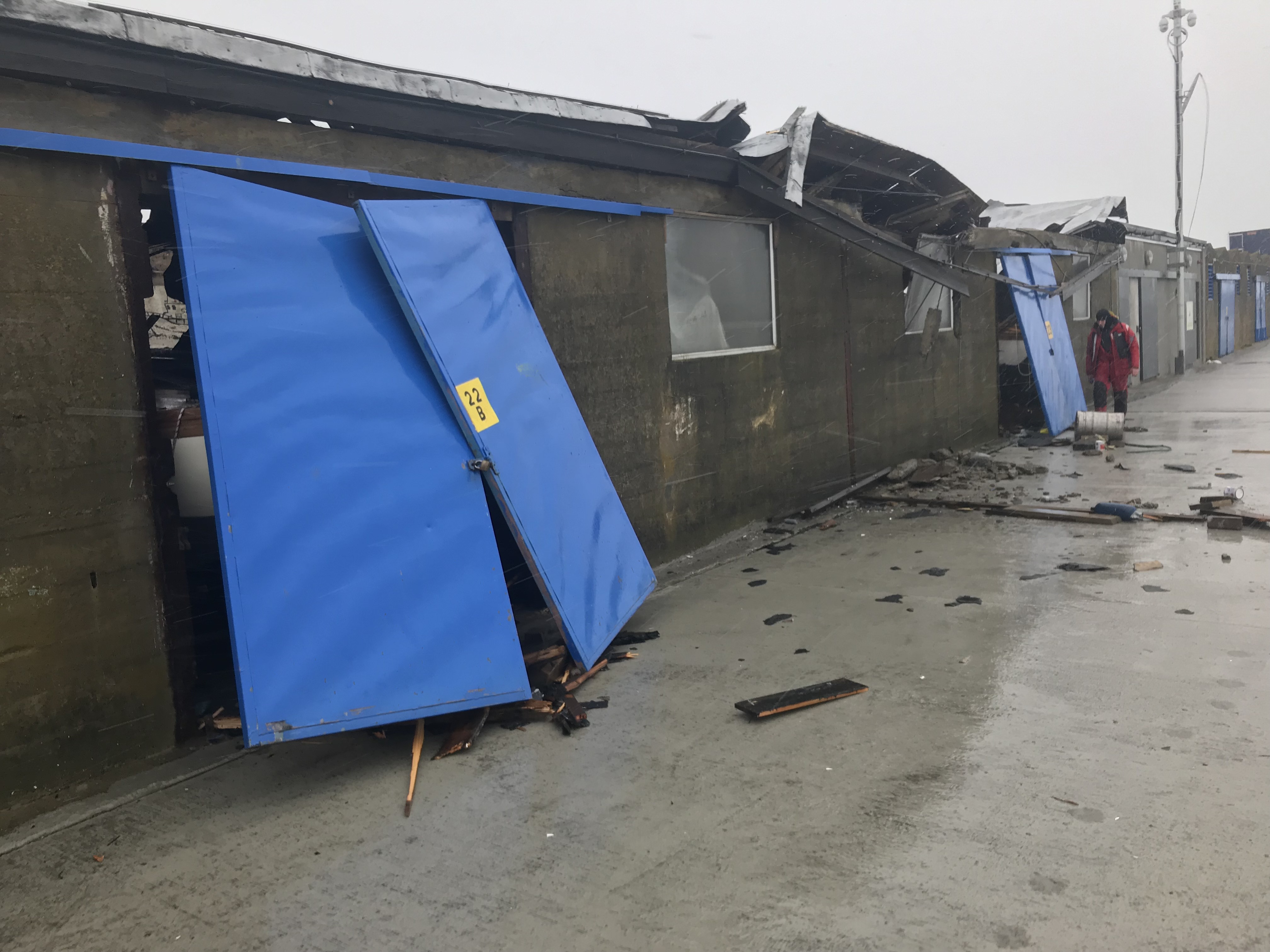 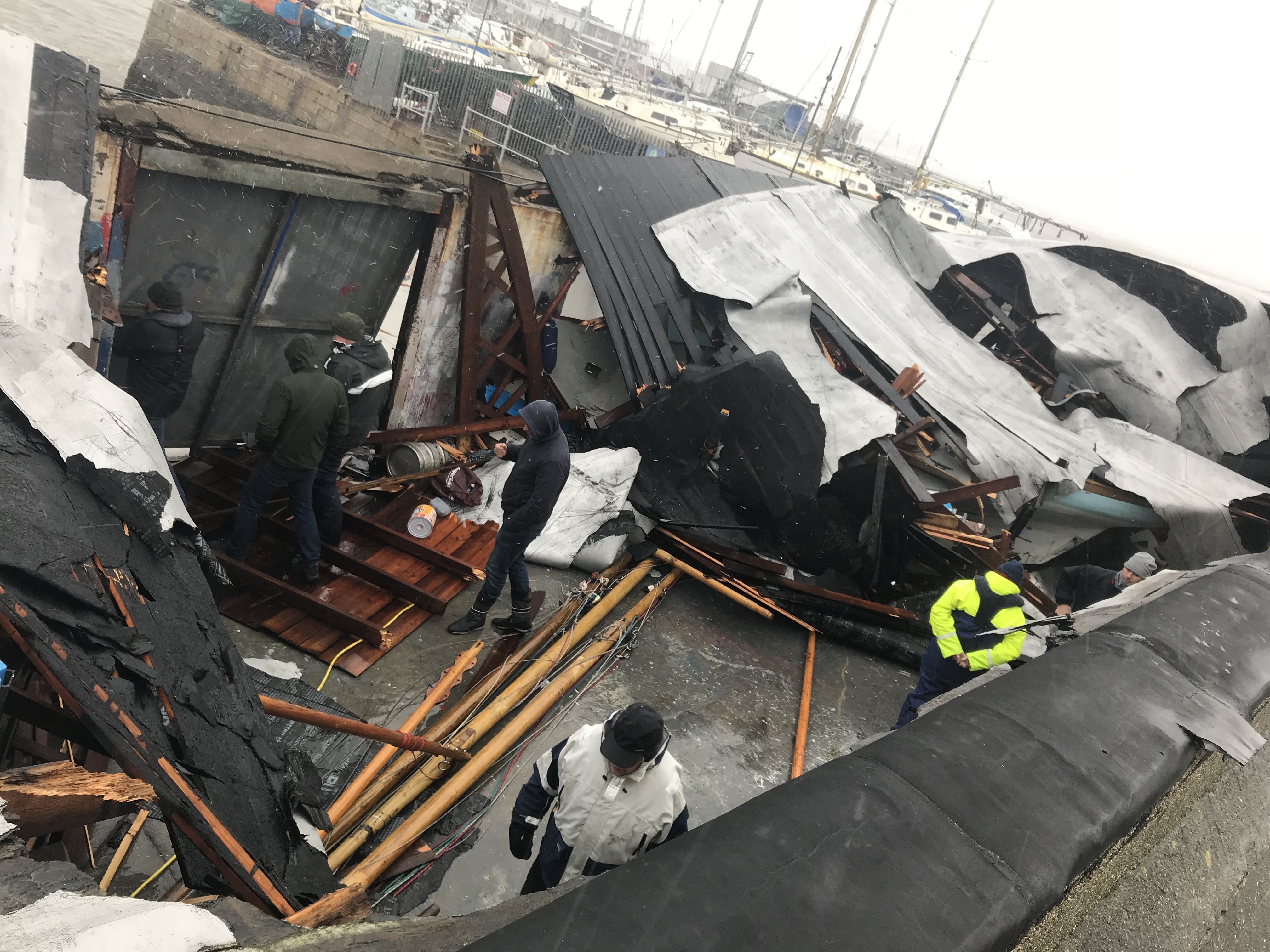 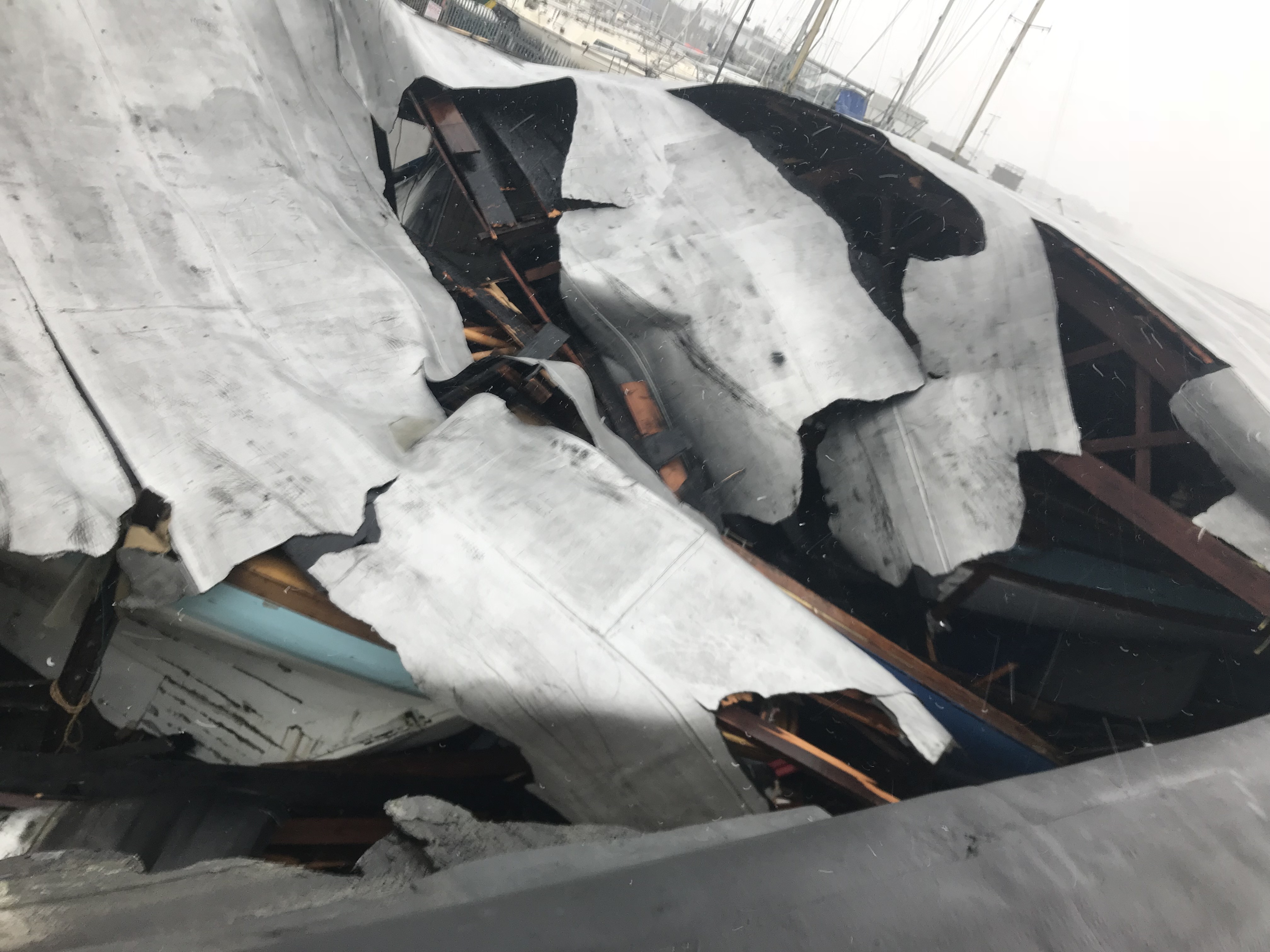 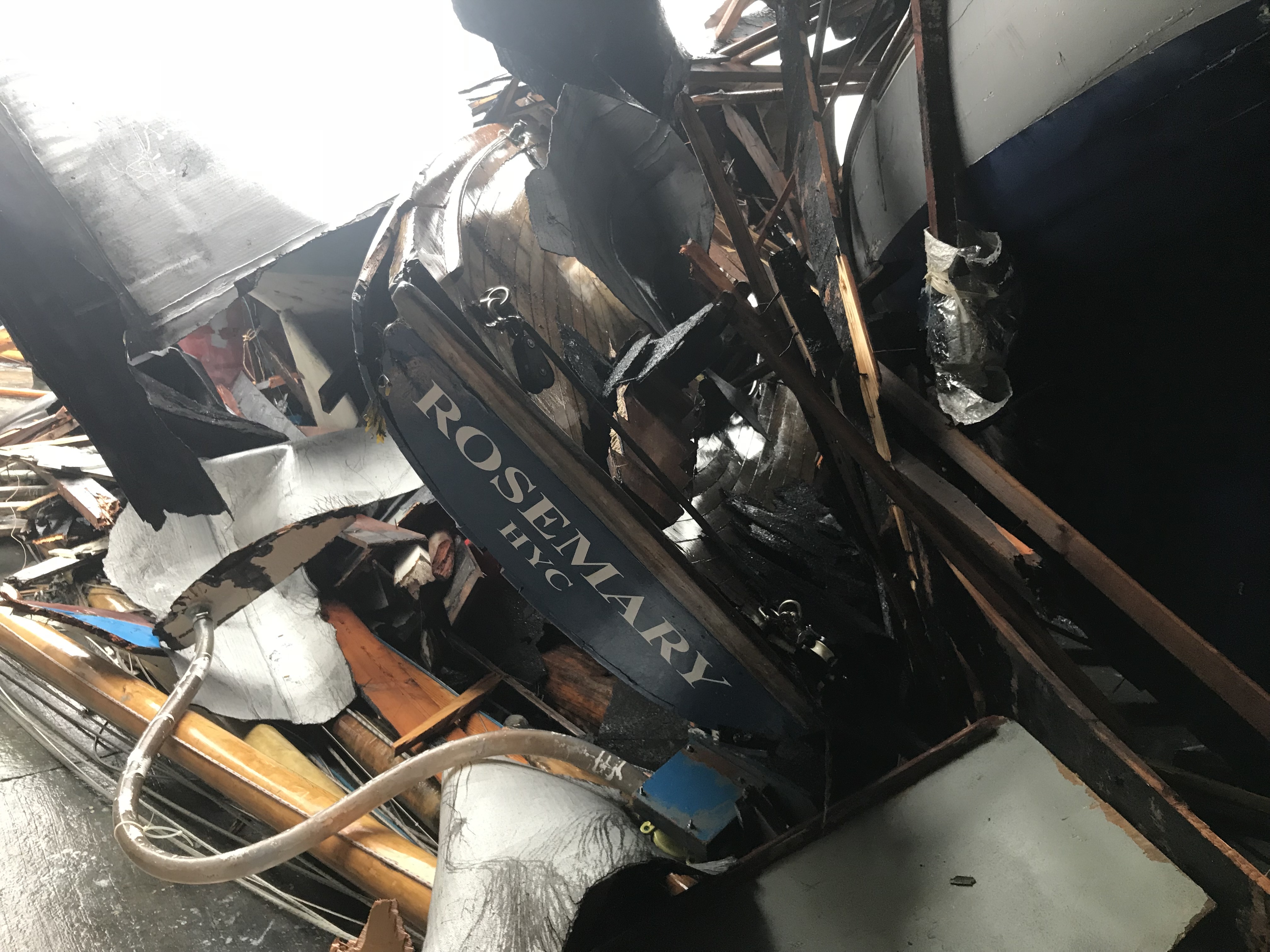