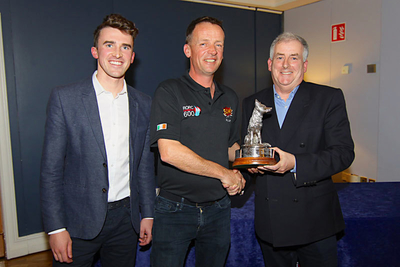 The Achievers Awards night was very well attended on Saturday evening. It was great to see so many club members celebrating each other’s stellar results from last season. Of the impressive line-up of nominees the judges had a difficult task to choose who best deserved to win the trophies.

After the prosecco reception and some finger food Commodore Joe McPeake welcomed the attendees before MC of the night Sam O’Bryne highlighted all the nominees’ achievements and successes to much appreciation of the assembled crowd.

2017 was a very busy season for Silver Fox winner Conor Fogerty. Conors achievements had already been rewarded the night before at the ISA Sailing Awards where Conor won Sailor of the Year! He not only sailed single handed across the North Atlantic he did it while racing! Literally sailed through a hurricane in order to win the Gypsy Moth Category in the OSTAR. A very popular winner.

A very well travelled boat and campaign was Boat of the Year Storm, The Kelly Family. This extremely well sailed J109 pretty much beat all before it this year, starting off with a win in the highly competitive RC35 class in the Scottish Series, followed that up with a 2nd in Sovereigns Week and won arguably the most competitive one design nationals in the country this year by taking the J109 national title in Dublin bay. 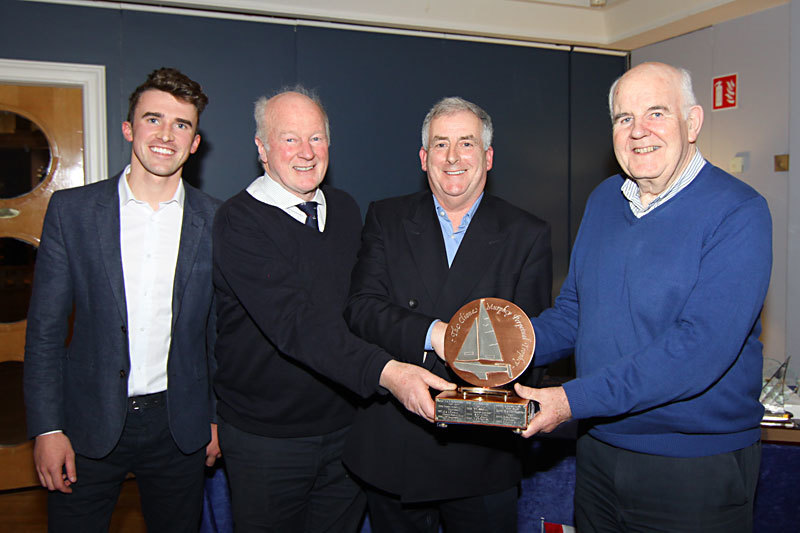 Paddy Judge and Peter McKenna were the popular winners of the Cliona Murphy Memorial Trophy. This is the spirit of Howth Yacht Club award and who better represented that spirit in 2017 than these two men.  Peter took over as manager of the club on a voluntary basis and ran the club as a full time round the clock job for 6 months and did a brilliant job getting everything in the club back in order. Paddy continued on from Peter as general manager of the club as a volunteer and continues to do so, as anyone that spends time down the club can attest Paddy is all ways there making sure that everything is running smoothly!

The Seaward Bell was awarded to Eve McMahon for her racing performances in the Laser class. Eve got two gold medals this year at the Warnemender Eurocup regatta in Holland being first girl over all and first under 16 girl at the highly competitive event. She then topped that off with an under 17 Bronze medal in the radial youth worlds.

Dylan McEvoy was awarded the GM Award. This award is in recognition of hard work and attitude by a junior sailor. Dylan’s dedication to sailing has been noticed by adults and juniors and is an excellent example to other juniors of how best to improve and proactively get involved. In particular Dylan had been heavily involved in the laser 4.7 class in howth and organised their team nights. 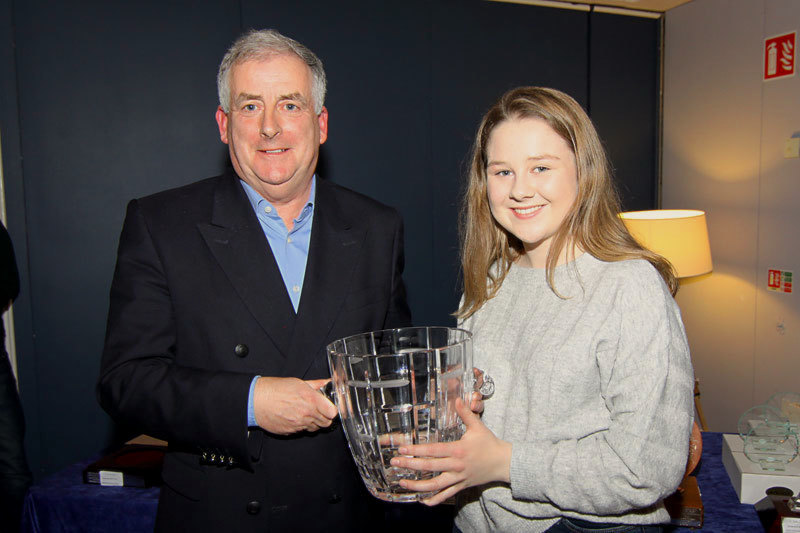 when there is a team of great instructors. This year’s instructors were amongst the best of in the country, while it was difficult to pick one from a team that worked so well. Isabell Cahill was the stand out, being awarded Instructor of the Year, where she always ensured the kids were having lots of fun, was engaging with the parents and always varied the lessons to keep the sailors interested.

Congratulations to the winners and well done to the nominees on a fantastic year. Lets hope everyone can keep pushing the standards for 2018 and beyond!