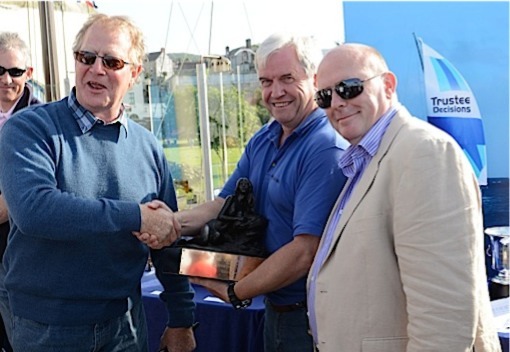 This year's Lambay Races held on Saturday 7th June proved to be another huge success, not least for Colm Birmingham and his crew of 'Bite the Bullet' who finished first in the 'White Sails-A IRC' division and by a margin of almost 7 minutes in corrected time, affording them the additional honour of being awarded the 'Lambay Lady' trophy.

The trophy was presented to Colm by Philip Watson and overseen by James Kavanagh of the event sponsors 'Trustee Decisions'. (See above photo) 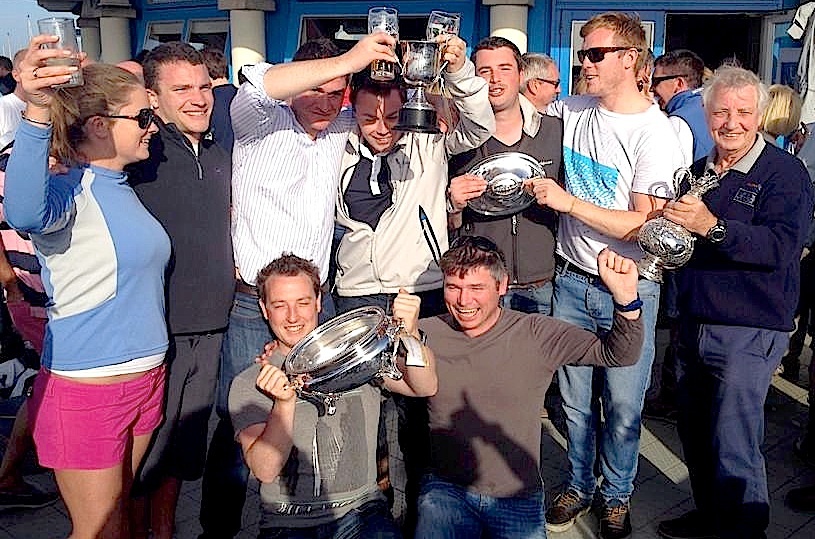 Read the below report from our Honorary Sailing Secretary and also from some of the Class Captains:

The 2014 Lambay Races were supported by a keen fleet of almost 120 boats, from the modern day stripped-out racers to equally spartan machines of 1898.  The Howth 17 Footer and Old Gaffer fleets avoided the nasty, modern business of a beat to a windward mark and started a half hour earlier from Howth's East Pier and made directly for Lambay.

Meanwhile, their younger brethern, forever spending money trying to go faster, spent additional time sailing in the wrong direction from inshore and offshore start lines towards windward marks before deciding to turn towards the target.

Exotic materials are never a guarantee of success as the "Back" of Lambay snorted its usual laugh at the leaders. Skippers who bit off five metres too much or little towards the crags were rewarded with nothing more than gull droppings on their decks or inadequately muffled slagging from their faster moving neighbours.

The early part of the day didn't hold out much promise of the golden orb breaking through but as the race progressed and the rounding of a fog-cloaked Lambay was completed, there was enough sun to allow the salt to caulk on the faces of those closer to the front of boats.

This term's Top Boy was Colm Birmingham and his chums who took "Bite the Bullet" on a faster field trip than the other classes, bagging the (Anatomically perfect) Lambay Lady.

Rita took the lead at the start. However Ian Malcolm's Aura overtook her just past Claremont Beach followed closely by Oona. Then the whole fleet disappeared into the heavy fog. Lambay was no where in sight and everyone was guessing compass bearings. When the sun finally broke through the fleet was just to the east of Lambay, again with Rita just in the lead. She held her position and rounded Lambay in first and finished a whooping 4 minutes ahead of the next boat. Oona and Aura raced for second place on the water. Hugh Walsh who had taken Sheila for the race and walked away with the handicap prize

In the Puppeteers the 14 boat fleet started with a short beat, rounded the windward and headed into the mist in search of the eastern end of Lambay. As always the racing was tight. After exchanging the lead several times, Eclipse slipped ahead of Blue Velvet behind the island and held on to take the BP/Teeling trophy on scratch, with Harlequin in 3rd and Odyssey squeezing in 4th, showing good speed on one of their first outings of the season. In the handicap division experience told with Cloud 9, rumoured to have competed in every Lambay race since 1906, taking the John Pearson cup, ahead of Schiggy in 2nd, Enigma in 3rd, doing well on their first attempt at Lambay, and Geppetto in 4th.

Class 2 saw a strong entry of 18 boats race the 4 hour course around Lambay, the spoils in IRC went to Dux, skippered by Anthony Gore-Grimes, with a 36 second margin on second placed The Big Picture. Evans brothers Michael and Richard in their newly pimped half-tonner lead the fleet home from Lambay and although beaten into second on IRC, picked up the top Echo prize. Toughnut and King One picked up the 3rd slot on the podium on IRC and Echo.

Details of all the results are posted here: Results section 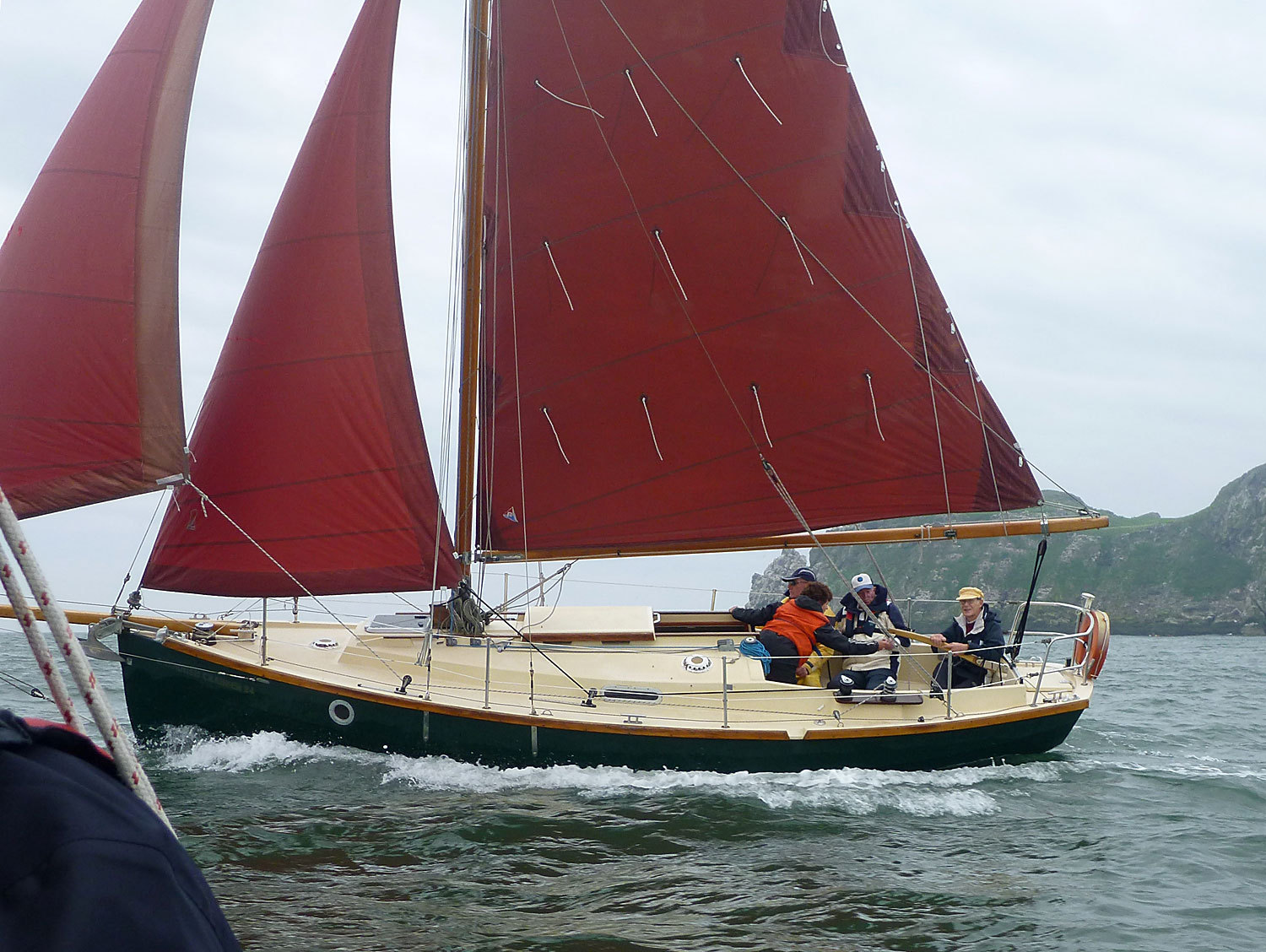