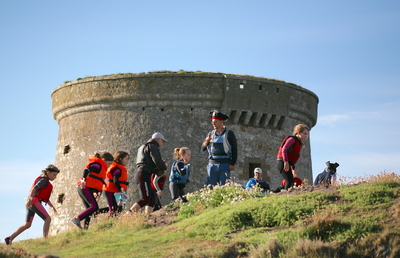 On Friday evening 76 junior sailors set off on an adventure to Pirate Island (Ireland’s Eye). Howth Yacht Club in conjunction with 7th Port Howth Sea Scouts organised a fun evening out on Ireland’s Eye for all junior sailors. All the sailors were organised into teams from ‘The Black Pearl’ to ‘The Flying Dutchman’ and were ferried across to the Island by a team of HYC helpers. On arrival they were greeted by pirates who tasked them with a number of challenges that they had to complete if they wanted to secure their liberty. The pirates (sea scouts) had being busy from lunchtime preparing the island and put on a great show. Once the tasks were completed the juniors secured their freedom from Captain Haribo and were whisked back to the yacht club for a burger and ice-cream. There was a great volunteer effort from the parents, from driving the ribs, accompanying the children on the island, tagging the juniors to make sure we got the same number back, to helping out feeding the hungry bunch when they returned. Luckily the sun gods turned up too to make it a great evening.  A special thanks to Noelle Quinn, Orla McEvoy and Liam Brewer who organised the event. Here’s what some of the participants thought.

‘I loved the games, especially the one where you had to pick things up in the water.’ Zoe Yeomans aged 8

‘My favourite part of the trip was meeting the fake pirates who were actually the sea scouts.  That was brilliant.’  Sarah Scott aged 8

‘Our team cheated a lot and we got to swim in the water - those were the best bits.’ Hannah Scott aged 9

‘My favourite part was figuring out the clues.’ Clare Eason aged 7

‘My favourite part was when we got the jellies!’ Feargal Quinn aged 7

‘My favourite part was when we went from station to station (game to game).’  Max Lissek aged 8

‘I liked the way the way the pirates dressed up and were rude and pretended to drink wine from bottles.  I really liked the treasure hunt.’  Charlotte Cronnelly and India aged 10

‘My favourite part was exploring the island.’Anna Viti aged 7

‘My favourite thing was playing the game with the slinkies when you had to try and get the discs to the other side.’ Charlie Robertson aged 9.

‘My favourite thing was musical islands - it was like musical chairs and I won!’ Daniel Kavanagh aged 8

‘The kids loved all the activities and having to solve things and walking around the island.  They loved that.’  Suzanne Hanway (sea scout leader)

‘My favourite part was rib riding on the way back - it was a lot faster and the waves were high.’   Max Robertson aged 12

‘The way the scouts had everything set up was amazing - the sea scouts were brilliant.’ John Scott

‘The adventure part and set up and organisation were amazing - fun for adults and kids.’  Anna McCarthy (sea scout leader) 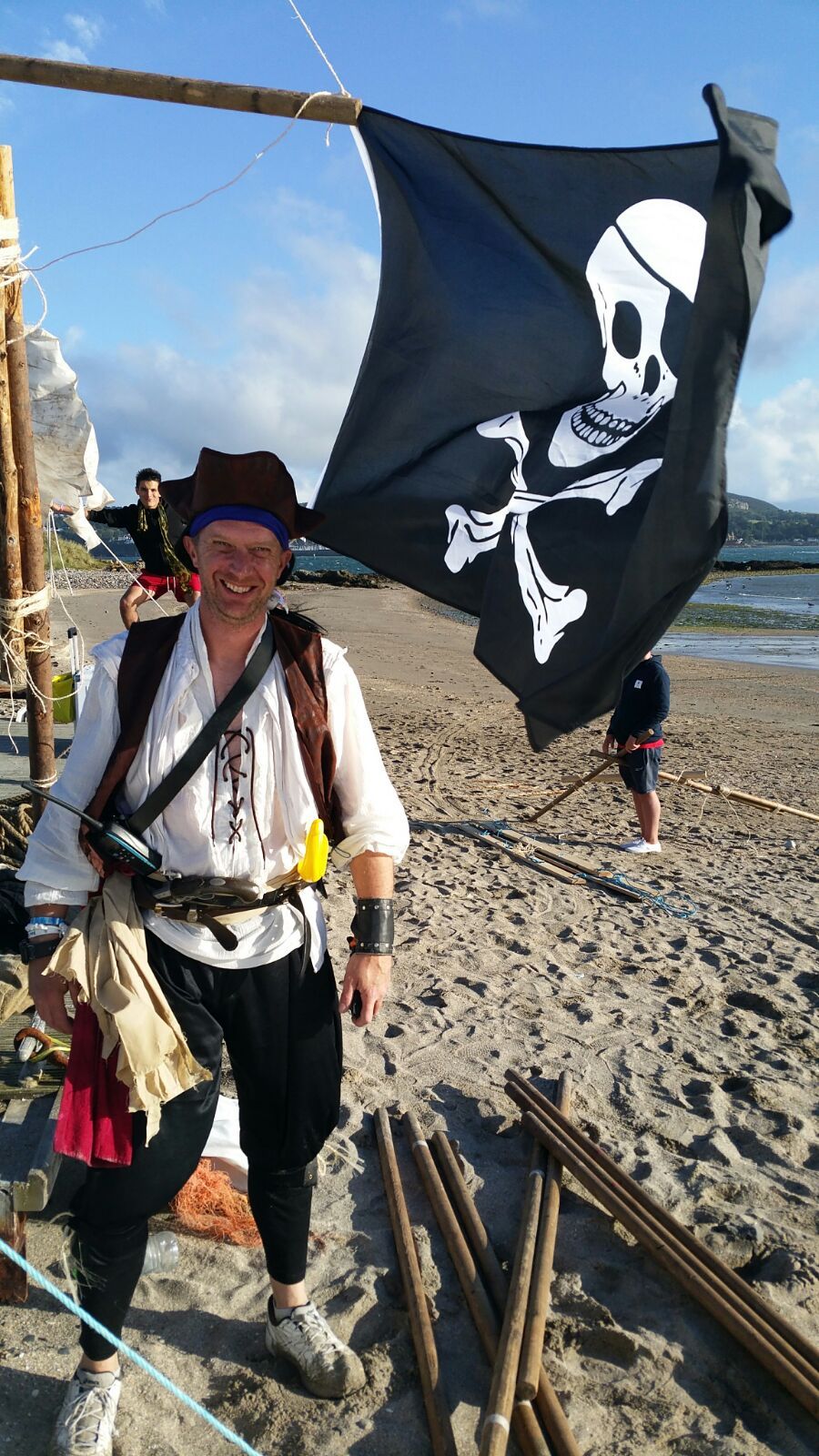