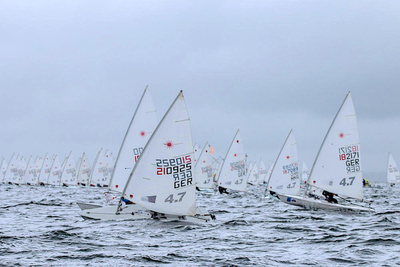 While the busy sailing season has been saturated by lots of news about events and success including Conor Fogerty's recent victory in the OSTAR and the hype around events and championships that are the norm at this time of the year, two of Howth's young Laser sailors have been making waves at the huge Warnemunder Woche regatta. This is a huge regatta in the town in northern Germany on the Baltic Sea and links with an annual festival that includes the Laser Europa Cup.

While older brother Ewan was finishing 2nd in the Laser Connacht championships 13-year old Eve McMahon won the Under 16 Girls Laser 4.7 in an event that had 79 competitors competing from 12 nations. Eve's outstanding performance placed her 9th overall and 1st girl, landing her 2 gold medals (see photo below) - remarkable considering that she qualifies to compete in this category for another 3 years. See results here.

Fellow HYC junior sailor Daniel Hopkins finished 3rd in the Under 18 Boys Laser 4.7 while older sister Aoife was winning the Connacht Laser Championships, proving that there might be something special in both the Hopkins and McMahon families when it comes to sailing prowess. See Daniel's result here 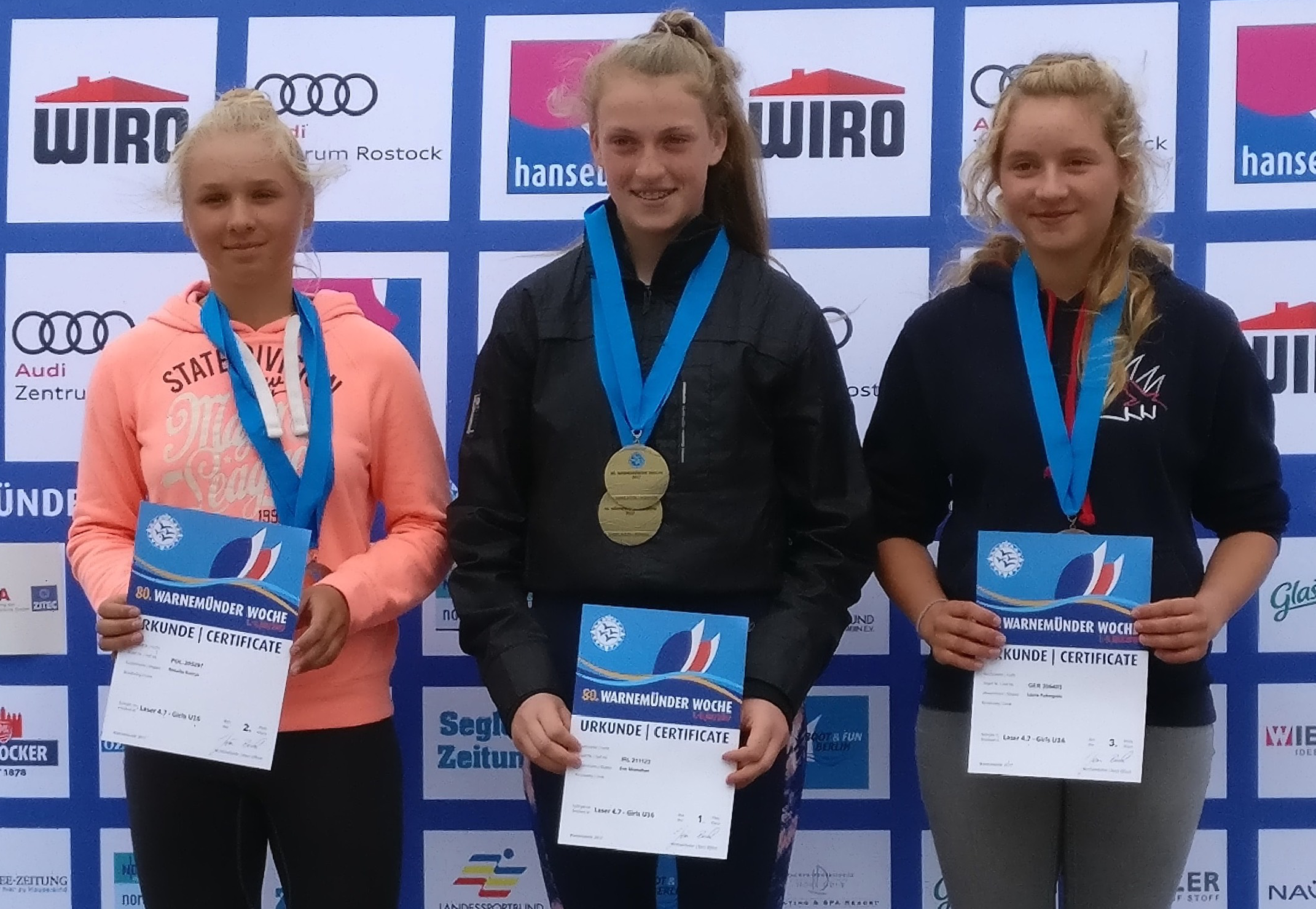