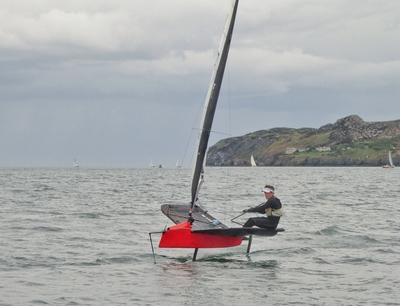 Last weekend's International Moth event  provided onlookers with a spectacular array of  these foiling dinghies and with a number of entries that might suggest a continued growing interest in the class.

The Moth sailors are as about as punctual as a Greek bank repayment, ignoring the Notice of Race and starting almost two hours late but they love their fun and Howth again provided a venue for the messing.

10 foiling things went afloat under the watchful eyes of Neil Murphy and John Doran. 10 came back. Everyone foiled like a scene from an Errol Flynn swashbuckling epic. All had bruises. One had a nasty gash to the head.

The wind came and went and came again.

Someone forgot the trophy. Someone else got a temporary replacement from the bar. Everyone got a mug.

Three of the boats were Irish-built Voodoo craft and EU Moth Champion, Rory Fitzpatrick, on board one of the Bray machines, topped the leader board. 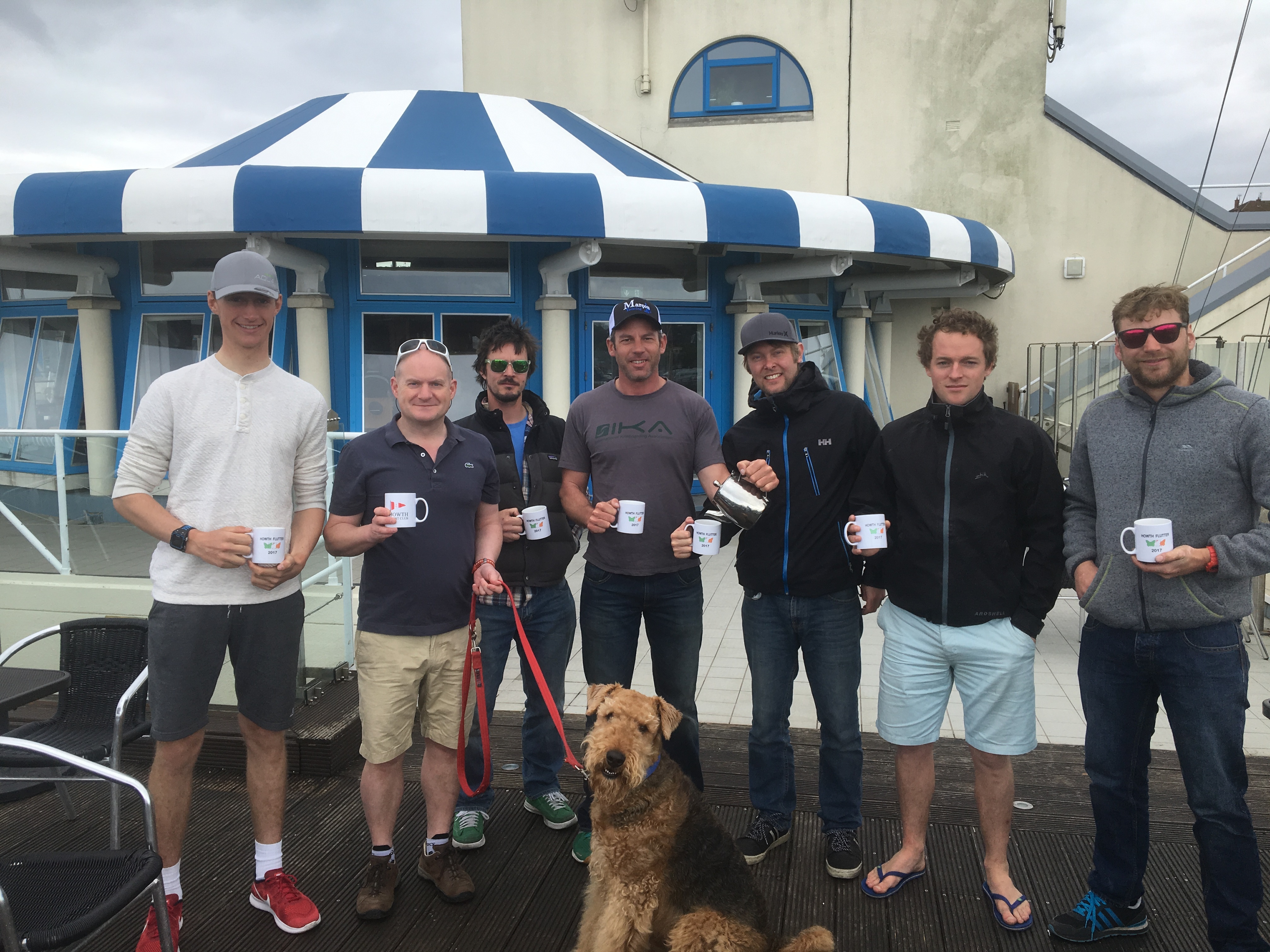