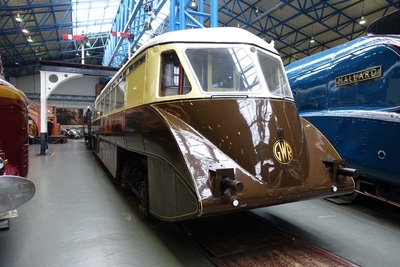 The ROMEO final overseas outing of the season took place on 22nd March when 24 Retired Old Men took to the air and flew to Leeds / Bradford Airport and onwards on a one and a half hour bus journey to York to visit the National Railway Museum. As usual this very ambitious outing was organised by Chief ROMEO Gerry O’Neill following a recommendation from ROMEO Cyril Geran.

It seems to be normal procedure, for such events, to assemble at HYC for a coach departure at 06:00 hours to Dublin Airport. Everybody was on time and in good form despite the unearthly hour. Despite the forecast of possible snow showers the flight left on time in wet and windy conditions. The landing on the short runway was anything but smooth. The pre-arranged coach had us arrive in York without a hitch despite very heavy rain.

On entering the main hall of the Museum, entry was free, our eyes opened in awe at the fantastic display of locomotives. Ex-railway ROMEO Michael Murphy thought he had died and gone to heaven. There were all types of locos on display – from the famous Mallard to shunting locos including a Eurostar, a Japanese Bullet Train and a huge Chinese loco. A second hall was just like a railway station with a series of complete trains including an Ambulance Train, an Orient Express and Royal Trains covering various periods.

A third hall was full of models and all the paraphernalia of railway working’s e.g. signals and station furniture. In the workshop a ten year overhaul was being carried out by a team of volunteers on an A4 Pacific locomotive that entered service in 1937 and named Sir Herbert Nigel Gresley CBE (19 June 1876 – 5 April 1941) who was one of Britain's most famous steam locomotive engineers. This loco created a speed record of 112 miles per hour in 1959. There are only six such A4s still running in the World. The workshop also showed films on a variety of train and railway projects.

York being renowned for its famed history tempted a number of ROMEOs to walk the short distance along the old city walls and the “Shambles” from the Museum to the famous “York Minister Cathedral”. Unfortunately in such interesting places time passes away too quickly and soon it was time to re-board the coach to begin the homeward journey. (See our gallery here)

Arriving back in Dublin Airport we were met by our coach who returned the 24 tired ROMEOs to their starting point at HYC.

A special thanks to Cyril Geran for compiling this report in lieu of the normal scribe who unfortunately was unable to make the trip.

Finally Gerry would like to thanks all the ROMEOs for their support during the season (September to April) and look forward to meeting all at our end of season lunch on Thursday 4th May. Suggestions for next season much appreciated. 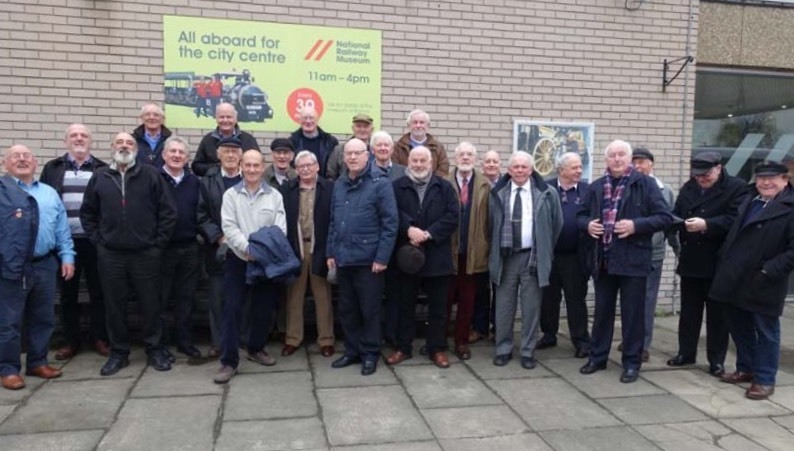