Our “new” clubhouse is 30 years old on St Patrick's Day 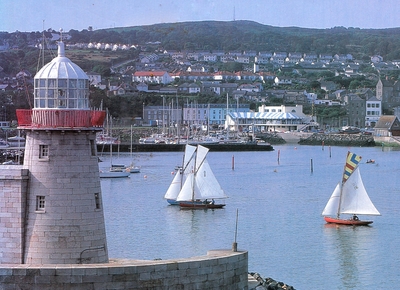 You have to admire the foresight of the founders of Howth Sailing Club in 1895 writes W M Nixon. Their carefully-selected date of November 18th for the official establishment of the club might seem odd to modern eyes, as it was a Monday. But they’d chosen it with the greatest care and with full confidence in the longterm future of their little club. For some genius in the small membership had worked out that, a hundred years hence, November 18th 1995 would be a Saturday, when their heirs in what had now become Howth Yacht Club could celebrate the Centenary in proper style.

Well, “proper style” may not quite be the mots juste. Saturday November 18th 1995 also saw the publication of the rather monumental Centenary History of the club, a five-year door-stopper project brought in on time (admittedly the nick of time) by a group headed by the ever-patient Brennie Connor. Its imminent appearance when needed so surprised everyone that Pat Murphy suggested the Centenary Party should see drink being sold at 1895 prices.

Consequently, anyone who claims to remember it very well clearly wasn’t there at all. It was that kind of night. Sooooo very 20th Century. You wouldn’t get that kind of thing these days at all at all. But nevertheless, maybe we should be adding a little oomph to the usual St Patrick’s Day party in the club, as it will mark thirty years to the very day since we officially opened our “new” clubhouse.

We may take the clubhouse’s existence for granted these days, but believe me, back in the 1980s it was nip-and-tuck. We moved into the marina in the midst of its sea of mud in July 1982, and gradually the new clubhouse project was implemented, with the design competition being won by a combination between solid utilitarian architect Vincent Fitzgerald (who was an HYC member), and rockstar architect Reg Chandler, who thought so far outside the box it was reckoned he’d never been in it in the first place.

The first sod for the new building was finally turned by the Lord Mayor of Howth, lifeboat cox’n Gerry McLoughlin, on November 23rd 1985 in the presence of HYC Commodore Tom Fitzpatrick and Lyall Collen of builders Collen Brothers. Then for the next 18 months, we sailed from an extremely busy building site which became so much part of our lives that the mighty site foreman, a wonderful Donegal character called Neil McGee, became a regular crewmember with Patrick and Kieran Jameson aboard their Swan 40 Finndabar.

Thanks to this direct line to the man who was really in charge, the inner core of Howth Yacht Club’s bar elite at the old clubhouse on the West Pier knew that though the official opening was scheduled for St Patrick’s day, Tuesday March 17th 1987, there’d be a secret test run as the first facilities came on line on Friday 13th March.

Understandably the Committee didn’t want anything happening in the official line on a Friday 13th. But the word went out that a special few were to assemble at the old clubhouse at 5.30 pm where Ross Courtney, the most senior in the club as he’d been a member since 1931, was holding court. Promptly at ten minutes to six he led us out to the new clubhouse and we went up the stairs – you’ve no idea how exciting and novel it all was – and at exactly 1800hrs Neil McGee threw open the door to the snug and shook hands with Ross to welcome him in and have the very first pint in the new bar.

It was all decidedly touch and go, in fact Neil personally had to finish sweeping builders’ detritus out of the snug so that the carpet layers could finish their task, but very soon the secret opening party was under way, and very well it went too.

Then everybody pretended nothing had happened, and for the next three days we went back to our old bad habits in the old club. But on Tuesday March 17th 1987 the flags were flying, the music was playing, and Ireland’s own sailing superstar Harold Cudmore – who had recently won the Half Ton Worlds with Howth’s own Alan Black as his road manager – officially declared the new building open.

This year, the 13th March is a Monday. There’s a General Committee meeting on in HYC, together with all the other occasionally significant and well-meaning things that now happen in our unique clubhouse on a Monday, so any celebration – secret or otherwise – might be inappropriate for the serious times in which we live.

But with St Patrick’s Day on a Friday, and our clubhouse thirty years old – well, that’s something else altogether. But please, please, don’t insist on calling it Paddy’s Day. You don’t get Andy’s Day in Scotland or Davy’s Day in Wales or Georgie’s Day in England or even Jimmy’s Day in Spain, Italy, Chile, Guatemala or Nicaragua. Yet St Patrick was a real person, with real links to Ireland, but we have these buffoons who insist on trivialising his name every March 17th. Let’s stop the pernicious habit here and now, and let it stop in Howth.

(Top photo by Jaimie Blandford: Howth Harbour in the summer of 1995, with HYC in the midst of its Centenary Year, and seeking a definitive photograph of the new clubhouse with the marina and harbour. In order to get the morning sun on the northeast face of the new clubhouse, which was only seven years old at the time, it has been a very early start for photographer Jaimie Blandford. He had to get himself positioned on top of the outer lighthouse (with permission from Irish Lights), while in the harbour the three Howth 17s Anita (no 5, Brendan Cassidy), Echo (no 8, Bryan Lynch) and  Eileen (no 16, Mark Lynch) had been on dawn patrol to have their topsails set for an historic photo. Only at the last moment did a light breeze arrive….) 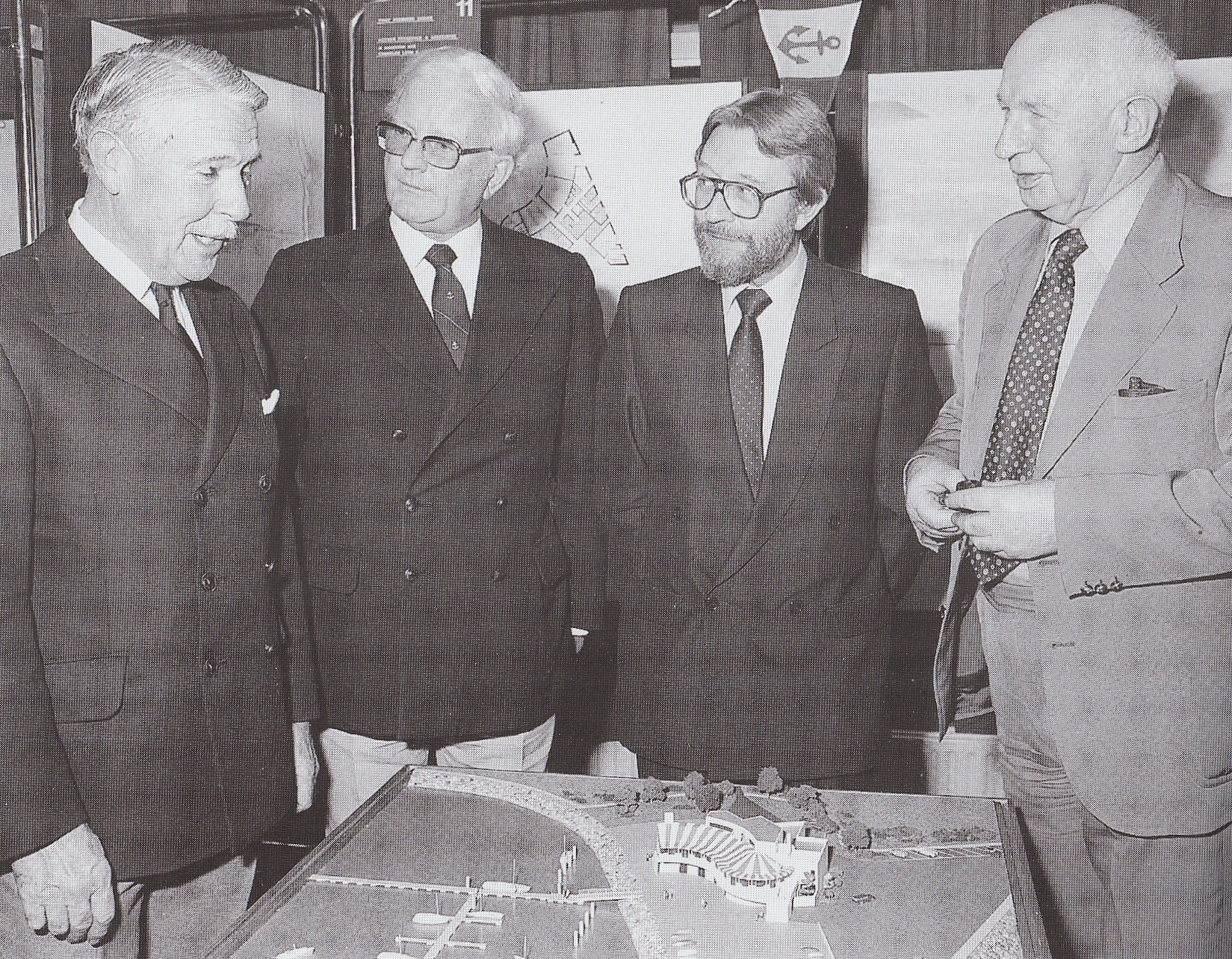 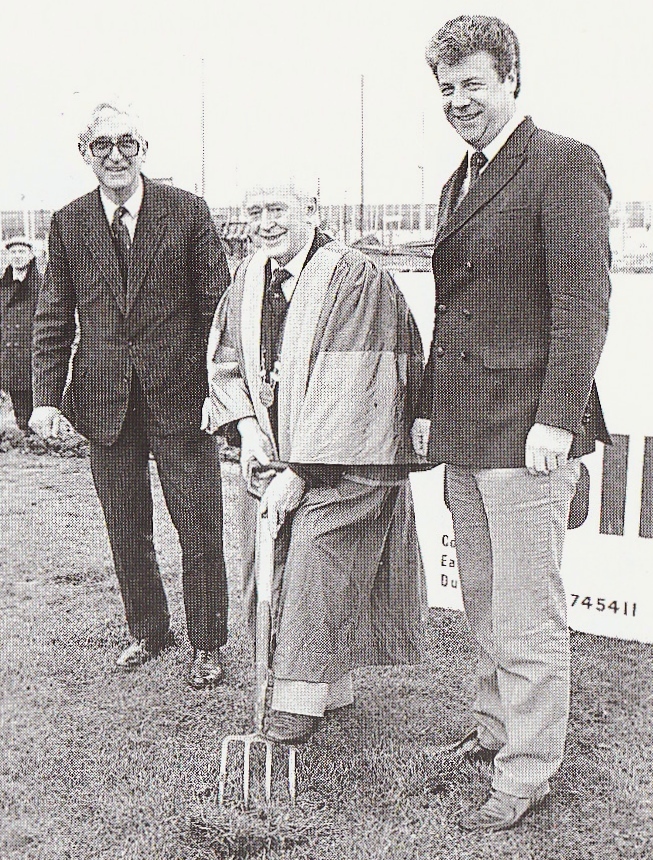