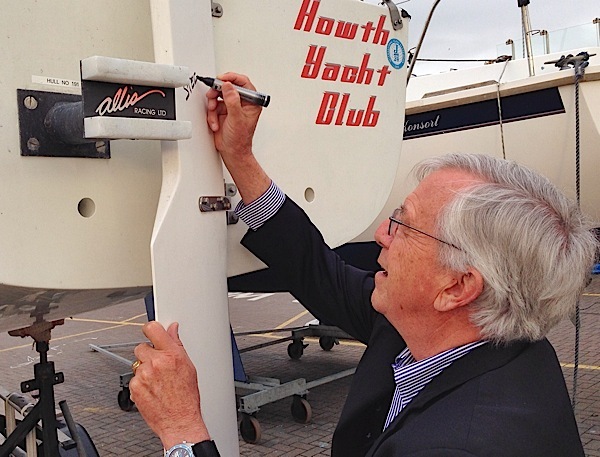 Not something to be encouraged in most circumstances, but this photo is of Bob Johnstone 'autographing' the J24 'Jebus' on the forecourt of the club. Bob with brother Rod founded the famous J-Boat Company in Connecticut in 1975.

'Jebus' (hull number 191) and now owned by HYC Honorary Sailing Secretary Emmet Dalton, was built in 1978 and then shipped to Italy to be used as the plug for the European built boats, eventually building the world wide fleet to over 5000 boats - making it the most popular racing keelboat of all time.