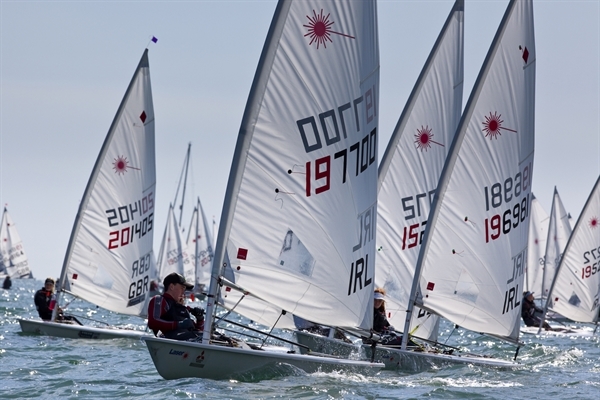 Big seas and a fresh breeze greeted the sailors competing on the final day of the ISA Youth Pathway National Championships on Sunday 27th April. 250 sailors were competing across five classes on Thursday, Friday and Sunday on the waters north of Ireland’s Eye in Howth, Co. Dublin in breezy 11-18 knots. Up for grabs at the most prestigious annual youth sailing event on the domestic calendar were places on squads and teams for international events.

Only one point separated Séafra Guilfoyle and fellow Royal Cork Yacht Club member Cian Byrne after the first race of the day. Both sailors were again neck and neck for the second race which left them tied on points and all to play for in the ninth and final race of the championship. The final turned in to a match race between the pair who both finished mid-fleet. But discarding those points, it was Séafra who came out on top with 24 points. Cian finished on 25 points to take the silver while yet another Corkonian; Ross O’Sullivan from Kinsale scooped the bronze. Sarah Eames from Ballyholme Yacht Club finished 7th overall and takes the prize for first girl.

Commenting on Séafra's win, ISA Laser Radial Coach Russell McGovern remarked "It was close between all of the Academy guys over the past few days. And when it came down to the last race with Séafra and Cian tied on points the pressure was really on for them to perform. It was a match race between the two and in the end the discard meant Séafra came out on top. The Academy squad have been training really hard so it’s great to see their work paying off and taking the all the top spots."

In the 420 double-handed class local Howth sailors Robert Dickson & Sean Waddilove won the regatta with a race to spare. The 2013 champions are currently in transition year and have spent their academic year studying in France where they have also been able to put in a lot of training and competition time on the water. And their hard work certainly paid off. They put in a solid performance over the three days which shows in their results of 1, 1, 2, 2, 4, 2, 2, 2, 2. Finishing in second place overall were fellow 420 ISA Academy duo Peter McCann & Arran Walsh from Royal Cork and in third as well as first girls were the McDowell cousins Lizzie and Cara from Malahide. 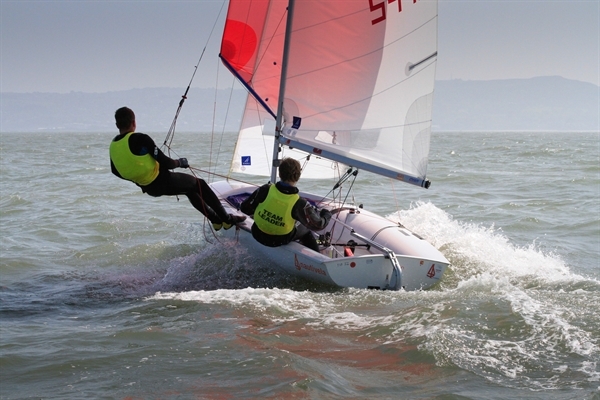 ISA 420 Coach Ross Killian commented "Robert and Sean won thanks to consistency with no result outside the top four. Despite winning two races today Peter and Arran just couldn’t beat the defending champions."

In the Laser 4.7 class overnight leader Nicole Hemeryck took the first race win of the day to extend her lead by seven points. Johnny Durcan from Cork was 2nd which moved him up to 2nd overall. His win in race five, along with the discard coming in to play, then narrowed the gap to five points. But even a win in the final race for Johnny wasn’t enough to catch Nicole who is the new 2014 ISA Laser 2.4 Champion. An impressive feat for the Dun Laoghaire girl who only recently graduated from the junior Topper class to the Laser. Settling for silver was Johnny Durcan followed by Conor Sherriff in third. 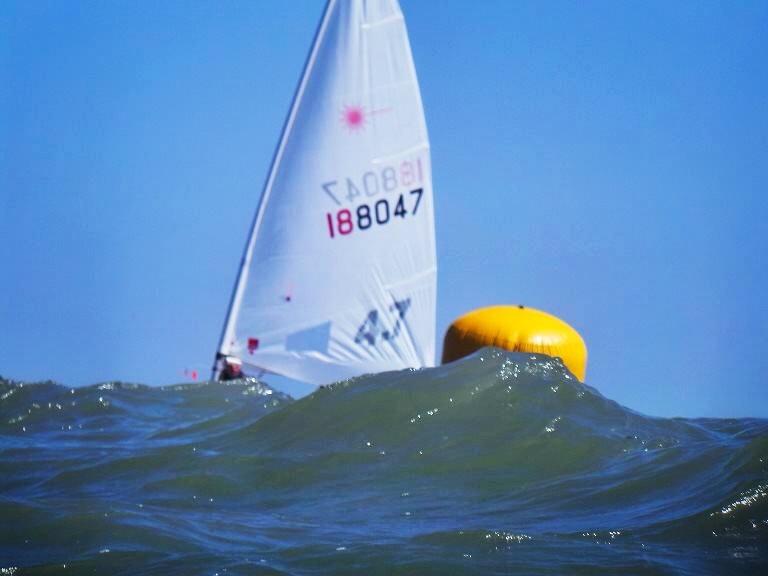 In the Topper class Hugh Perrette knocked Geoff Power off the top spot after the first race of the day and held on to that position for the rest of the championship. Of the six races, the National Yacht Club sailor won four which along with a 3rd and discarded 8th was enough for him to claim the gold. Geoff Power from Waterford was 2nd overall while Heather Spain from the National Yacht Club earned both third place overall and first girl.