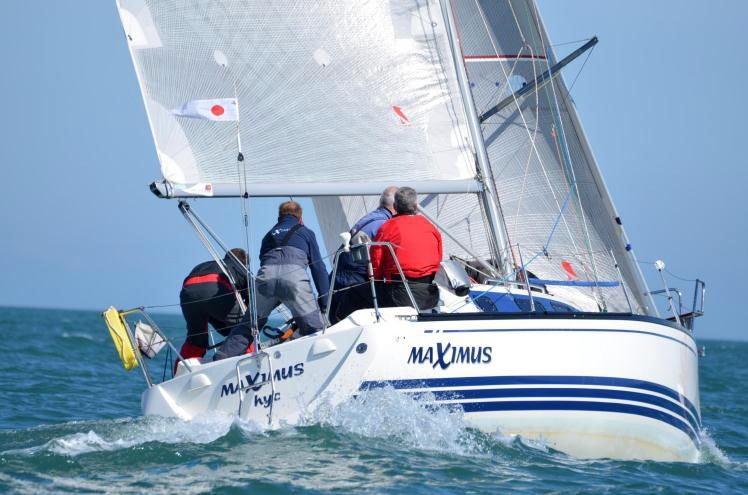 We had a cracking day's sailing on the second Saturday of the Key Capital Spring Warmer Series. While Howth summit had a bank of cloud sitting on it like a hat for most of the day, the race area enjoyed beautiful sunshine, good breeze and a nice flat sea. This meant a pleasant change from the seasick inducing swell of the previous week. The day also saw the welcome appearance of the Sailfleet J80s to the racecourse.

Class two continues to be dominated by the Etchells of the ‘two Stephens,’ Quinn and O'Flaherty with two more race wins. Behind the leader a battle royal is taking place between Fergal Noonan's Impetuous and Maximus who traded second and third places in both races.

In the J24s the Reilly family from Sligo took two first places on their newly purchased Crazyhorse with top Howth helm and former owner Mossy Shanahan on the stick. Overall it remains tight at the top with only one point separating Jebus (Emmet Dalton) and Scandal (Brian Mc Dowell).

In the SB20s Michael O'Connor showed a clean pair of heels to the fleet with two race wins. This included him holding his nerve in the second race where any of the first five could have stolen the honours in the final hundred metres. Davy Taylor continued his good form with a two and a four to force a two way tie with Michael for the overall lead. Ronan Downing continues to hold third overall. There appeared to be more J80s sailing than were entered with Jill Somerville and Karena Knaggs sharing the spoils there with a one and a two each.

The final Saturday will see the Royal Alfred Niobe series run alongside the Spring Warmer races. We are also hoping to see the first appearance of the Puppeteers and hopefully an increase in numbers in the J80s, Squibs and Class three.