With the Round Island Race in sight, Dinghy Frostbite numbers grow... 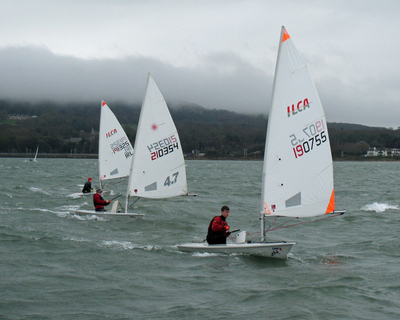 A growing turnout of close to 30 boats hit the water in the third week of HYC’s Dinghy Frostbites. In the days leading up to Sunday’s racing, some forecasts were teasing light breeze, a welcome sight for the fleet, as each and nearly every Sunday to date has worked the sailors hard, with plenty of hiking required upwind and good balance required downwind to keep boats underneath rigs. This week’s racing was no exception, as the southerly breeze was noticeable in the boat park, and even more so on the water after the sailors performed a testing run out to the course. HYC’s newly elected Commodore, Neil Murphy, lead the race management team, and with a breeze of 14-18 knots, and gusting up to 24, got two races away around a triangular course. 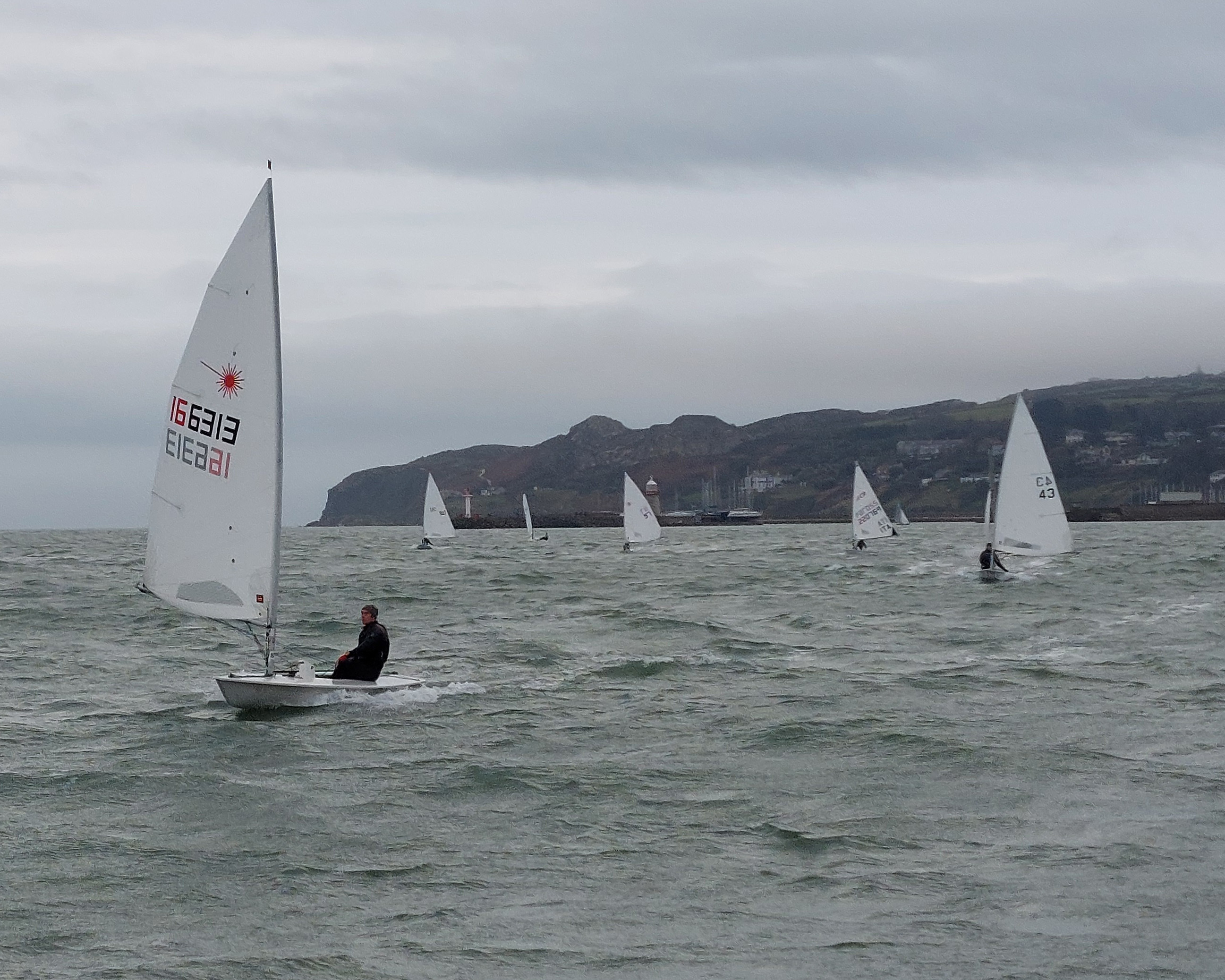 The ILCA 7 fleet saw the usual suspects of Ronan Wallace, Rory Lynch and Dan O’Connell battling it out in the top 3. In the first race, Dan suffered a poorly timed capsize at the top of the run, leaving Ronan and Rory to fight it out for the remaining lap, while the rest of the fleet attempted to chase from behind. Ronan took 1st, Rory 2nd, and Oisin Hughes got his first podium of the series taking 3rd. In the second race of the day, Ronan had the lead over Dan and Rory for the first lap, however a strong downwind and second upwind saw Rory take 1st and keep it until the finish. Further back in the fleet, positions were hard fought for, with Malahide’s Andrejs Samoilovs and Vinnie Varley battling it out with Howth’s Zander Mackay, Dun Laoghaire’s Richard Tate and Lough Ree’s Aidan Breen. After six races Rory Lynch leads the fleet, but he is tied on 7 points with Ronan Wallace. With 12 races to go, and some more discards to come, it’s anyone’s guess who will be on top by the end of the series. 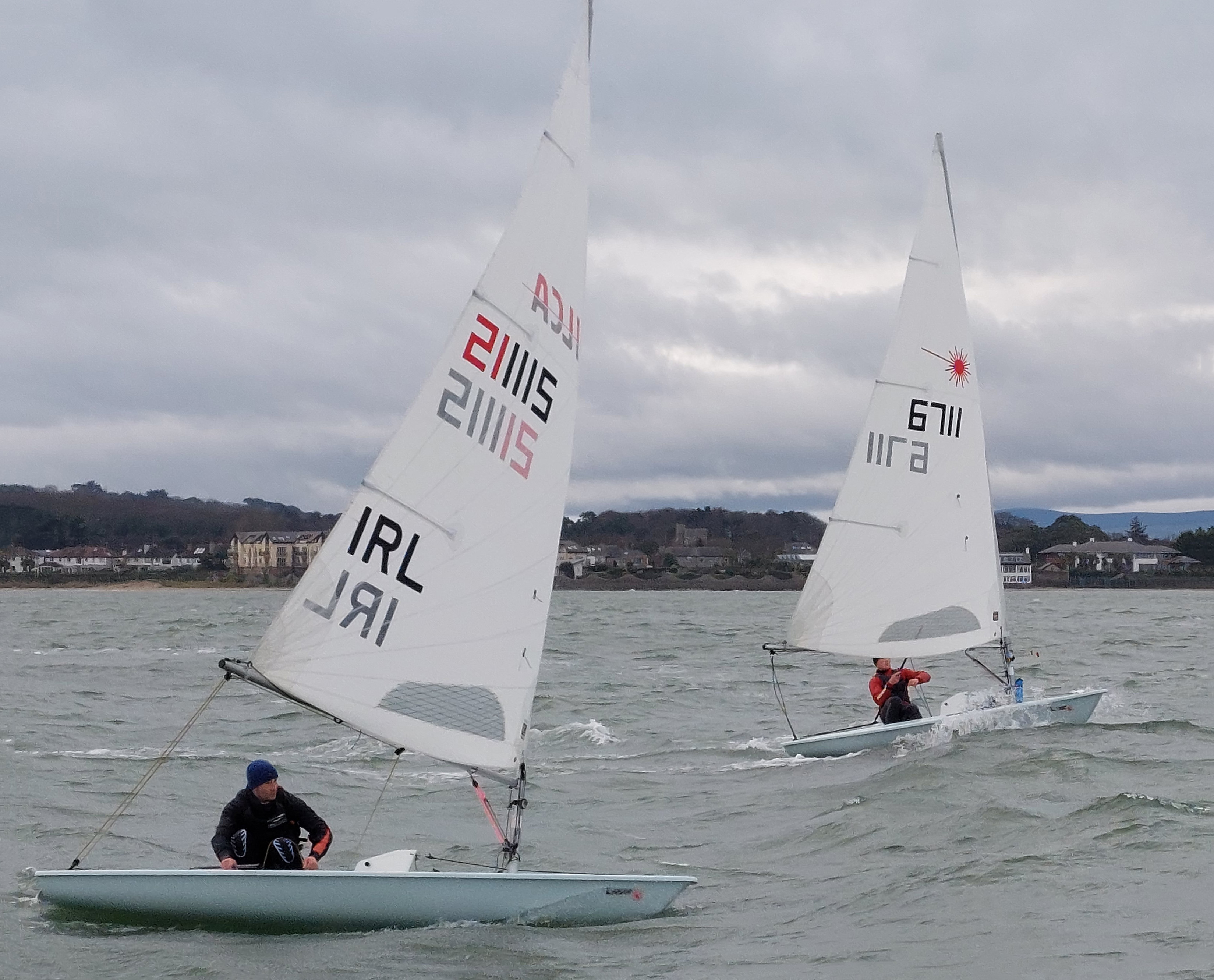 The ILCA 6 fleet saw Marco Sorgassi’s five-race winning streak coming to an end, as Dave Kirwan pipped him for 1st in race 2. Despite their smaller sails, the ILCA 6s were more than in the mix with the larger ILCA 7s. Howth’s Fiachra Farrelly and Rush’s Charlie Savage took 3rd and 4th in each race. Marco still has a healthy lead on the ILCA 6 fleet overall, but the rest of the fleet is tight and will need the 12 remaining races to sort out their finishing order.

The ILCA 4s had a great turnout of eight boats, boosted by the coaching session run alongside the racing, led by HYC’s own Aoife Hopkins. In their first weekend of the series, HYC’s Krzysztof Ciborowski and Charlie Keating took home 1st and 2nd in each race. Rush’s Riaghan Boardman took a 3rd and a 4th, while Malahide’s Viktor Samoilovs recovered well from a 7th in the first race to a 3rd in the second race. Aisling Kelly had to settle for two 5th places, but still leads the series overall.

The PY fleet also grew in numbers, with a growing GP14 presence bringing the first ever symmetrical spinnakers to a HYC Frostbite series. Daragh Sheridan continues to dominate the timed fleet, adding two more wins to his tally. Mike Evans’ RS800 and Conor Twohig’s GP14 swapped 2nd and 3rd in each race, while Jeremy Beshoff’s B14 pulled in a 4th in both races. Daragh Sheridan has a clear lead in the series, but all is to play for in the coming weeks. 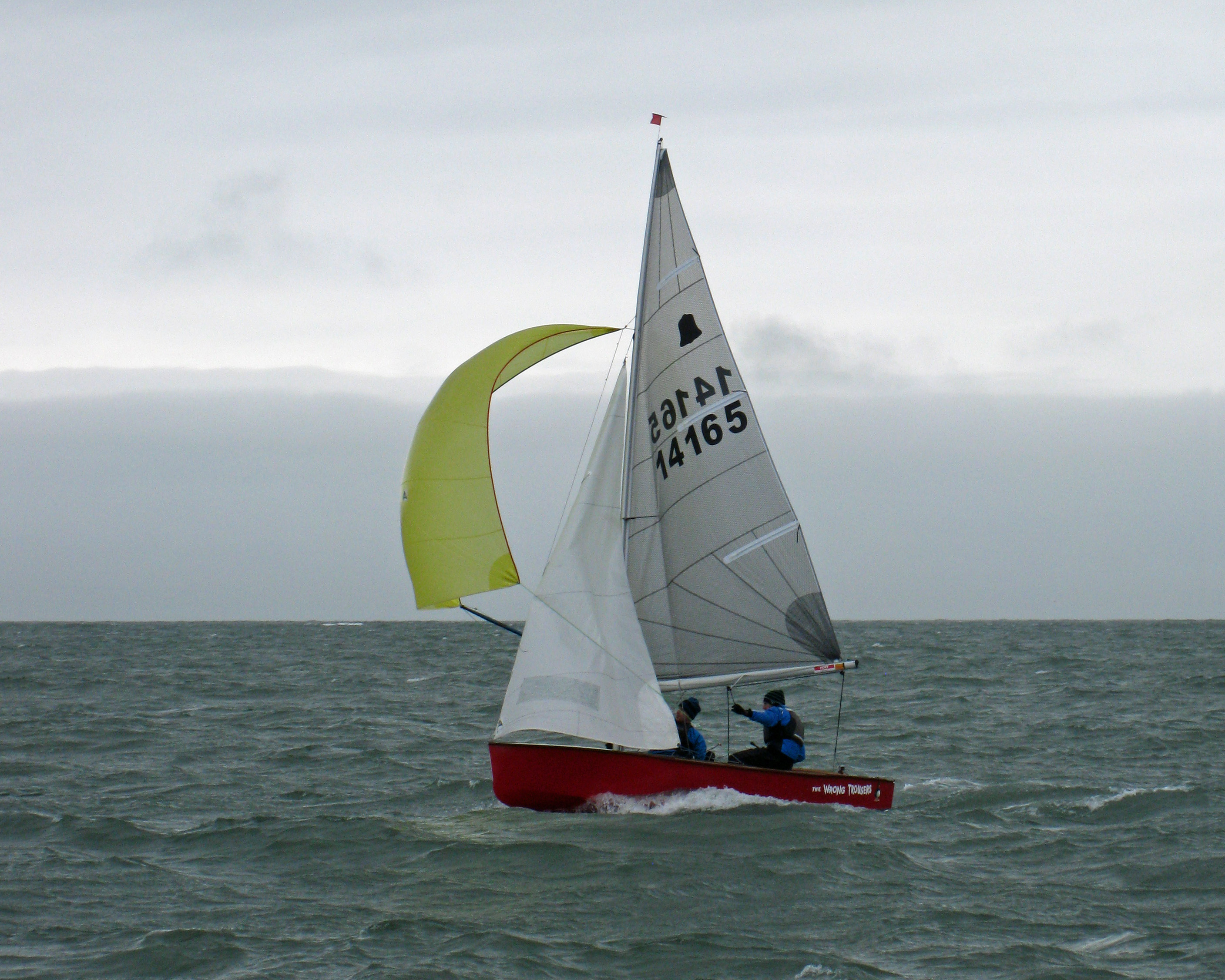 The series continues next weekend and runs until Sunday, 5th March; full results from today are available here, and be sure to check out the growing photo gallery, too.

It’s never too late to join in, entry is available here!

The annual Round the Island Race will be taking place on Saturday, 11th March; followed by the series closing lunch and prizegiving, which is always a good time. Last year saw the typical Frostbites fleets joined by Waterwags, GP14s, IDRA14s, RS600s and more! Notice of Race and Entry is available here, and with visiting RS Aeros and Mermaids already signed up, in addition to all the participants of the Frostbites, it’s sure to be a great day of racing. 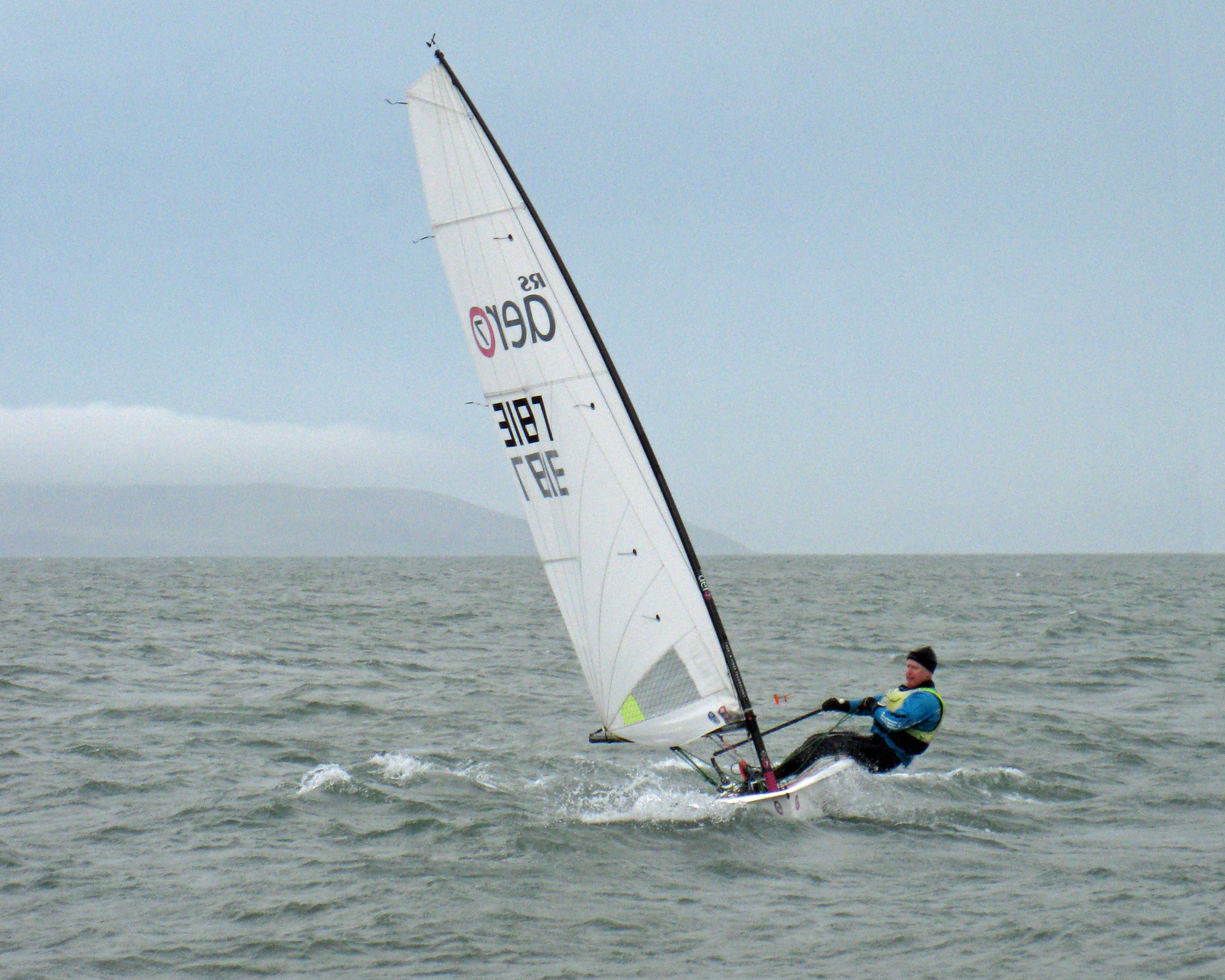